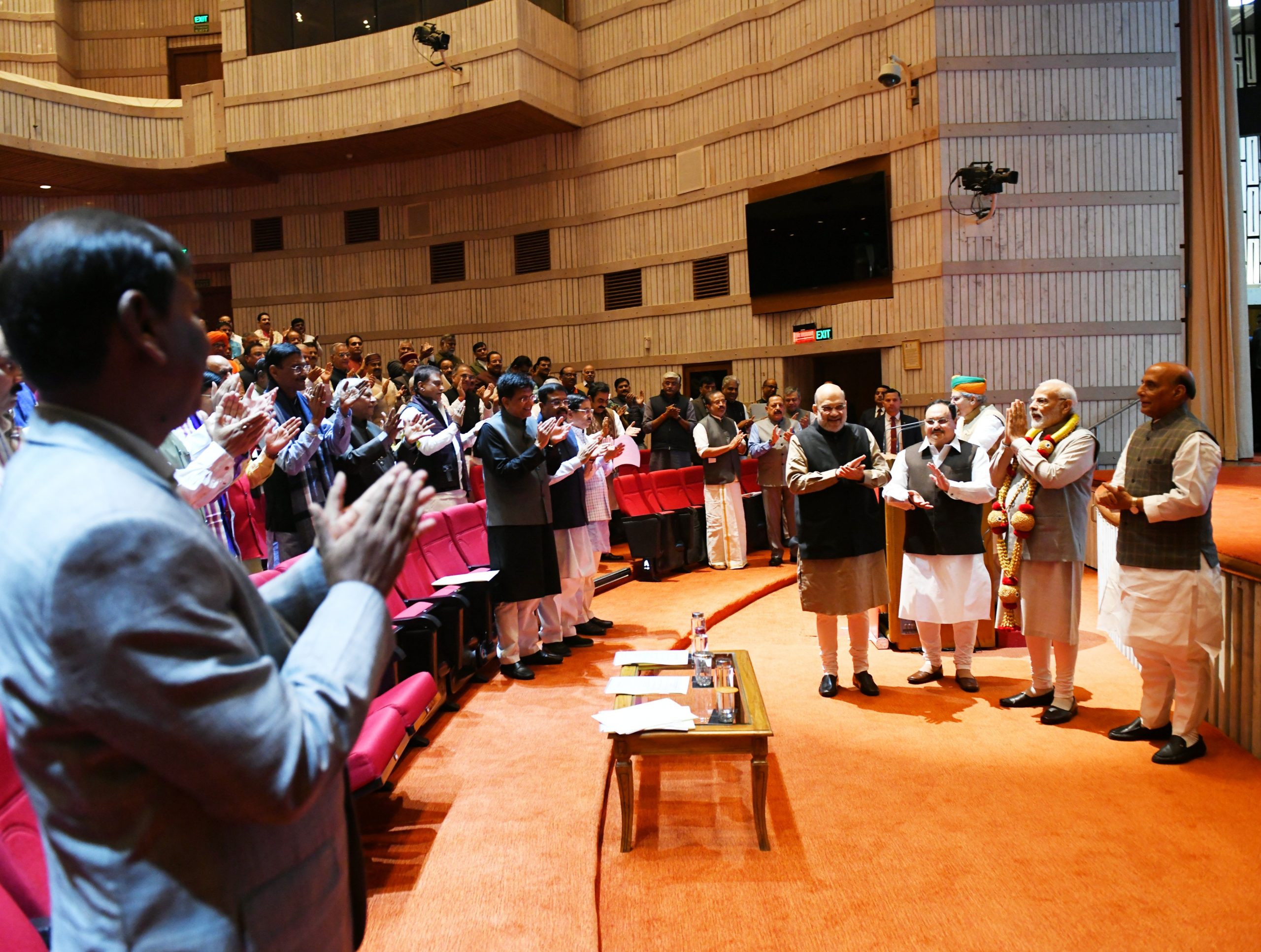 NEW DELHI: The jubilation in the BJP over its record-breaking win in the Gujarat polls echoed in its parliamentary party meeting on Wednesday as Prime Minister Narendra Modi was felicitated for the victory.

The prime minister, in turn, heaped praised on the state unit, especially its president C R Paatil and said the victory is owed to the BJP’s organisational strength, Union minister Pralhad Joshi told reporters after the meeting.

Party sources added that Modi said the Gujarat unit of the BJP is an example of how poll win is possible if the party organisation is strong.

In his speech, Modi also spoke of India’s G-20 presidency and asked MPs to come out with innovative ideas to involve people in organising various events across the country in the run up to the summit meeting next year.

With numerous foreign delegates expected to attend these meetings to be held in several Indian cities, he said they should be accorded a warm welcome and get glimpses of traditional culture and custom.

Union Minister Ashiwini Vaishnaw gave a presentation on the Indian economy in the meeting. Citing international publications, he said India is a bright spot amongst top seven countries.

Citing the data of last several decades, the presentation stated that inflation and unemployment were always higher in Congress governments and lower in BJP governments.