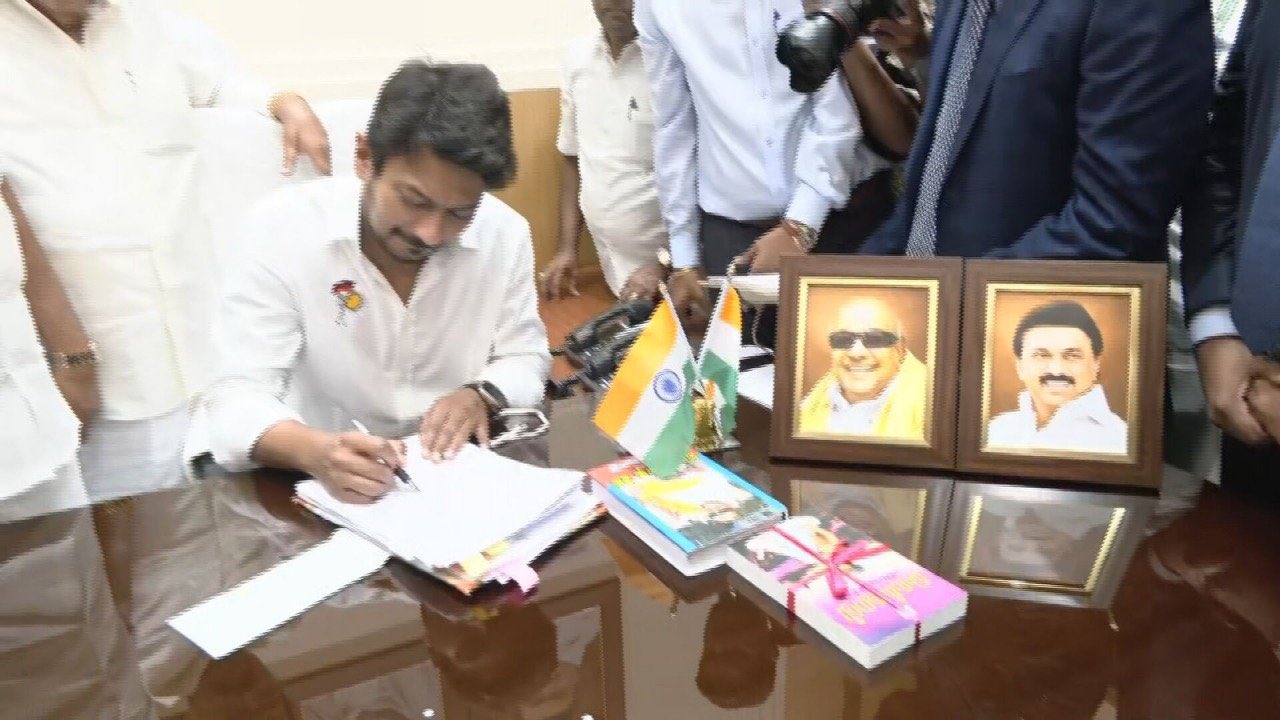 CHENNAI: Udhayanidhi Stalin’s induction in his father MK Stalin-led cabinet is the ‘sunrise’ moment for ruling DMK workers and avid party supporters but the opposition sees yet another ‘sonrise’ chapter in the decades old history of the Dravidian party founded by the late stalwart CN Annadurai.

However, the party is ‘unapologetic’ about appointing sons and daughters in key posts while others are not, political commentator Sumanth C Raman feels.

Udhayanidhi, the 45 year-old actor-producer is hailed as the ”rising sun” by DMK workers, in obvious reference to the party’s Rising Sun symbol.

TRB Raaja, a three time legislator from Mannargudi constituency and son of Lok Sabha MP T R Baalu tweeted: ”the power to drive away the darkness is possible only by the sun. Chinnavar (junior) Udhayanidhi Stalin will shine as a new sun in the Tamil Nadu government.” Raaja, also DMK IT wing chief wished him to do wonders as a minister.

Udhayanidhi’s ”down to earth and friendly approach” would help in extend his helping hand to the hidden sports talents of Tamil Nadu in the possible role as Minister for Youth Welfare and Sports Development, Raaja said and exuded confidence this would be the golden era for sports in the state.

Not just the younger crop of DMK leaders, but seniors like TKS Elangovan also welcomed the elevation of the 45 year-old Youth Wing leader of the party, one of the two children of the Stalin-Durga couple.

”Udhayanidhi has the support of senior leaders. He has earned the mass appeal by working hard in his Chepauk-Triplicane constituency,” Elangovan told PTI. Others like Higher Education minister K Ponmudy have also been backing Udhayanidhi’s inclusion in the cabinet for long.

However, the opposition is not amused with the move and the AIADMK and BJP dubbed it as the ”new age dynasty politics and rise of a son once again in DMK.” AIADMK spokesperson Kovai Satyan remarked ”the prince charming is being made a cabinet minister and in future he will be sworn as a king.”

Citing the campaign video that is going viral regarding Stalin’s promise of keeping his family away from such posts, Satyan said ”Stalin has lied to people. People who worked for the party are languishing in the streets and the way party is functioning is undemocratic.”

”What did Stalin say when he was in opposition. He said his family members won’t come into politics or acquire power. ..dynasty politics is not good for a democracy.” Responding, Elangovan said ”there is no point in calling it dynastic politics as if this decision was thrust upon the cadres and people. Udhayanidhi is firm in Dravidian ideology.” He indicated dynasty BJP did dynasty politics.

Political commentator and Sumanth C Raman said ”DMK has never been apologetic about its dynasty politics.”

”However, other parties remain silent about it and act as if they are not dynastic. I don’t think calling out DMK as a dynasty party and accusing Udhayanidhi will make a negative impact for DMK. It depends on how he conducts himself without undermining senior ministers.” Senior journalist RK Radhakrishnan feels Udhayanidhi joining the Stalin-led cabinet ”is going to be a problem for DMK.”

”Nobody in Tamil Nadu appreciates family politics, this would be a setback to them in the upcoming parliamentary election in 2024,” he said.

In this article:DMK, Sunrise vs Sonrise' debate, Tamil Nadu, Udhayanidhi