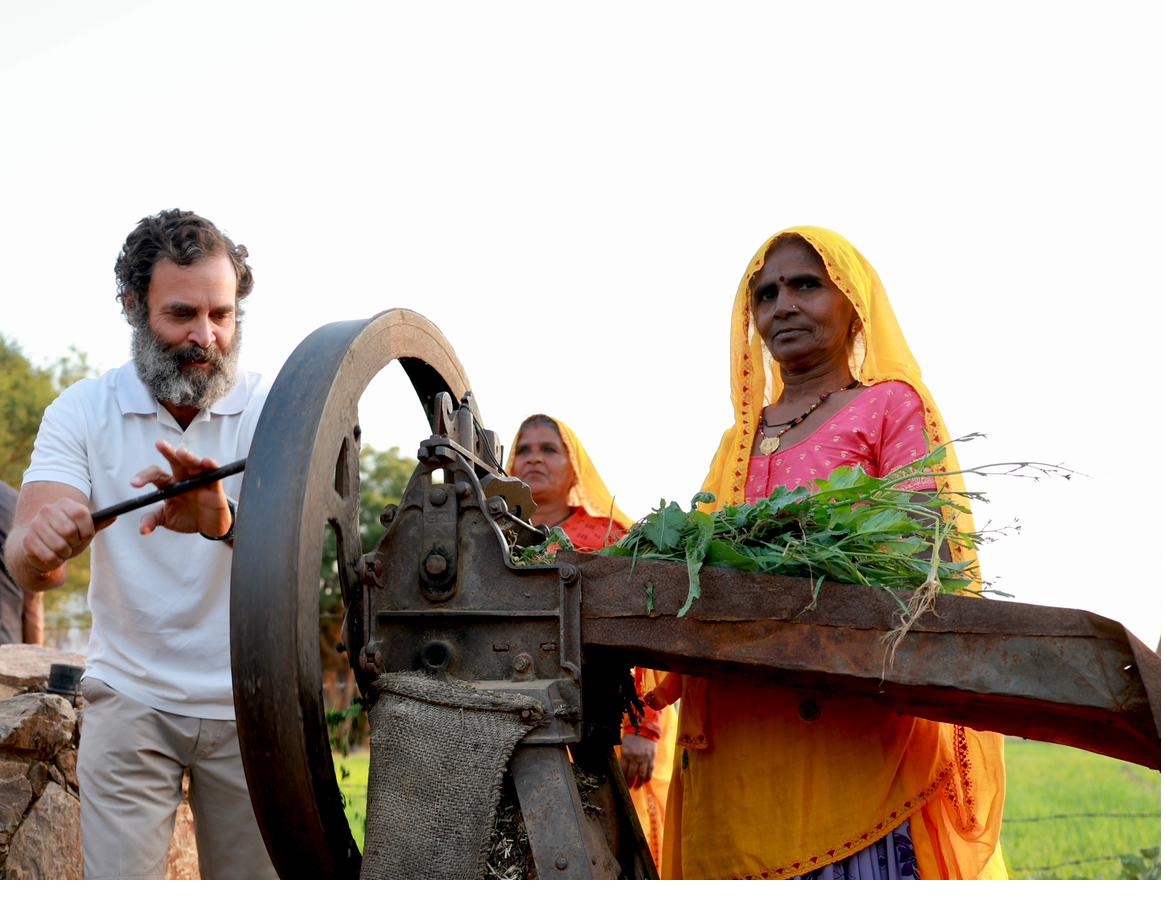 NEW DELHI: Congress leader Rahul Gandhi stopped at a farmer’s house in Dausa on Thursday evening during the Rajasthan leg of the Bharat Jodo Yatra and cut fodder using a hand-operated machine.

The yatra is currently passing through the state’s Dausa district.

Boxer Sweety Boora and Indian national kabaddi team captain Deepak Niwas Hooda also joined the yatra on Thursday. The yatra will complete 100 days on Friday. On the occasion, Gandhi will hold a press conference at Jaipur and also attend a musical concert at the pink city’s Albert hall.