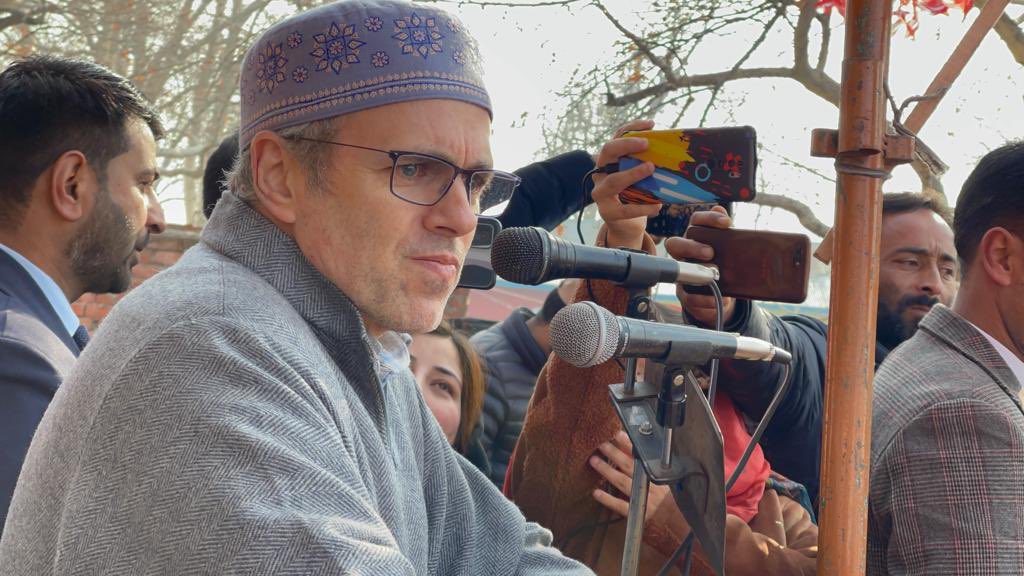 Interacting with reporters after a party function in Pahalgam in south Kashmir’s Anantnag district, he said the delay in the polls does not worry his party. The BJP is ”scared” and lacks the courage to conduct the polls in the Union territory, he added.

”We will see to it whenever elections take place. But I have been saying this, we will not beg for these elections,” Abdullah said.

The former Jammu and Kashmir chief minister said the NC would be ready whenever the Centre decides to conduct polls in the Union territory. The party is ready, but ”we will not beg for it”, he said.

”BJP members are scared, they do not have the courage to conduct the elections. Let them find the courage, plunge into the fray and then we will see where people stand,” Abdullah added.

Asserting that the party’s public meetings were not a signal to its workers that the elections were approaching, the NC vice-president said party leaders were meeting workers to strengthen the organisation, identify loopholes and plug them.

On criticism over his remarks on Tuesday that the NC will revoke the stringent Public Safety Act (PSA) after it forms the government in Jammu and Kashmir, Abdullah asserted that he had not said anything new.

”I have been continuously saying it for the last few years. I think I said it in the 2019 parliamentary polls as well, and I stand on this. When the NC forms the government, we will remove this law from the statute,” he added.

On the government’s latest order asking all outgoing lessees to immediately hand over possession of the land taken on lease, the NC leader said it was very ”unfortunate”.

”I understand the leases have expired and they (the government) want to renew those leases, but those people who have kept these institutions, structures, and businesses running in very difficult times, should get first priority.

”Let the government fix the rates, ask the leaseholders to renew at such rates, and if they cannot do that, then let the government look out for others. How is it justified that you want to vacate them from there first,” he asked.

The government aims to vacate them as it wants to bring people from outside, Abdullah claimed. Addressing the party function earlier, he said Jammu and Kashmir will get back its special status that was revoked by the Centre on August 5, 2019, through the same Constitution which was used to scrap it. ”We never imagined that they would touch our individuality and our unique status by undermining the Constitution. I assure you that we will get it back through the same Constitution. They tore apart every norm while doing it. We will get it through the same route which was used to scrap it. We didn’t take law into our hands, nor did we ask youth to adopt violent means,” the NC vice president said.