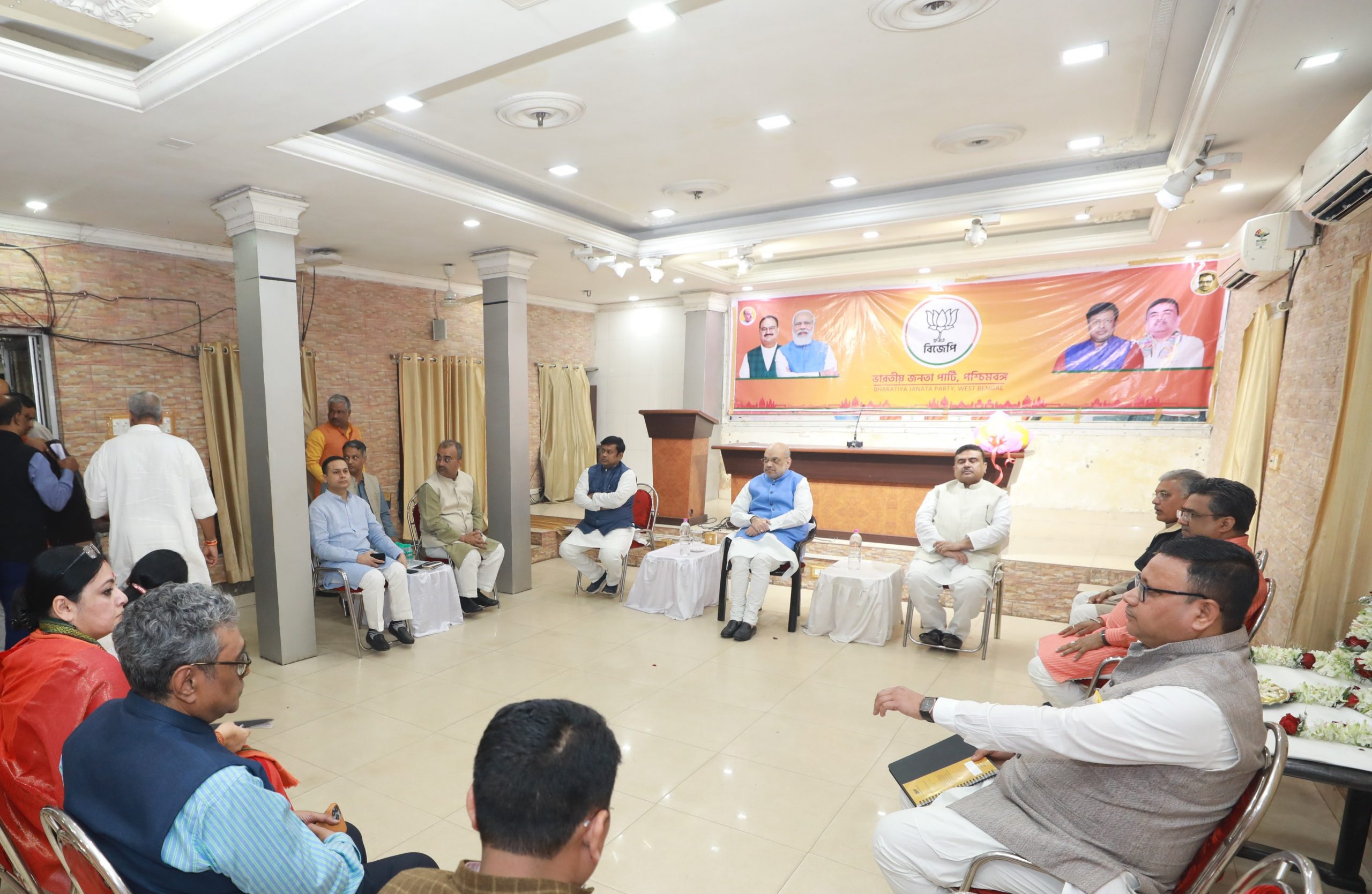 KOLKATA: Union Home Minister and BJP leader Amit Shah, who arrived here on Friday, took stock of the law and order situation in Bengal, besides reviewing the saffron camp’s preparations for the upcoming panchayat polls, the party’s senior leaders said.

Chaired a meeting with @BJP4Bengal core group and other senior leaders at the State BJP Office, Kolkata.

Shah, scheduled to chair the Eastern Zonal Council (EZC) meeting at the state secretariat on Saturday, left for the party office on Muralidhar Sen Lane, shortly after arriving at the airport here in evening, they said.

He was accorded a warm welcome at the airport by BJP state president Sukanta Majumdar, Leader of Opposition in Bengal Assembly Suvendu Adhikari, and state minister Sujit Bose.

Hooghly MP Locket Chakraborty and Asansol South MLA Agnimitra Paul were also present at the meeting. ”We have apprised the home minister of the current law and order situation in West Bengal. He has also been told about the party’s preparations for the panchayat elections. He gave us important advice during the meeting and urged party workers to reach out to as many voters as possible,” Ghosh told reporters. Shah, following the 30-minute meeting, left for a city hotel, where he would stay the night.

Security has been beefed up around the BJP office and the state secretariat, a police officer said.

On Saturday, West Bengal Chief Minister Mamata Banerjee and her counterparts from Bihar, Jharkhand, Odisha and Sikkim are scheduled to attend the EZC meeting.

Sources in the secretariat, however, said that Bihar CM Nitish Kumar and Odisha CM Naveen Patnaik are likely to skip Saturday’s meeting.

Among other issues, Shah is slated to hold discussions on matters related to boundaries of the five states and the completion of the eastern freight corridor.

Along with the CMs, chiefs of all central armed forces are also expected to attend the meeting, which was earlier scheduled for November 5, but got postponed due to Shah’s unavailability at that time, owing to his other engagements.