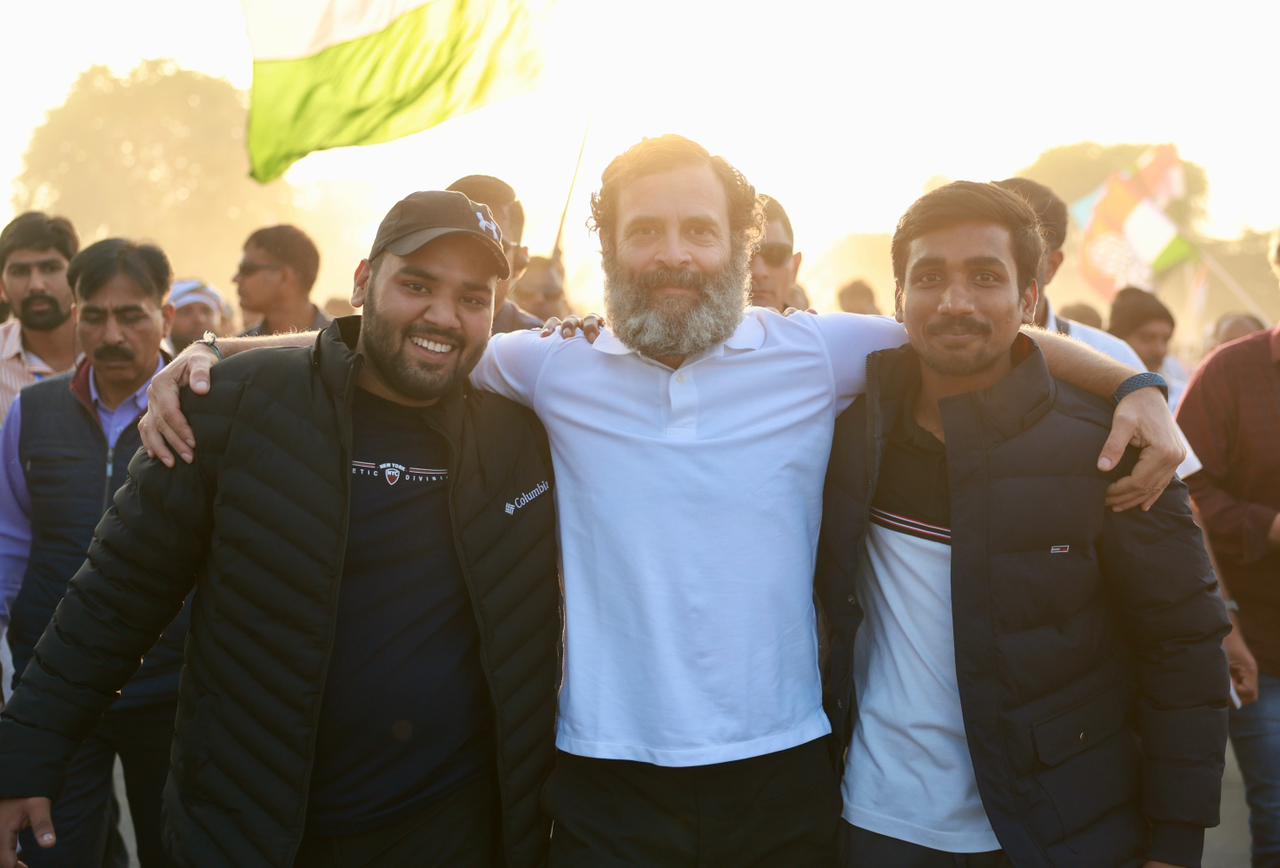 ALWAR: Youth from across India come to Rajasthan to study and hope for good jobs, but many end up in the new “gig economy” which offers little security despite government efforts, Congress leader Rahul Gandhi said Wednesday.

In his letter addressed to the people of Rajasthan as the Congress’ Bharat Jodo Yatra entered Haryana, he also mentioned the rights of the tribals and expressed confidence that the Ashok Gehlot government would act swiftly to resolve these issues.

The Kanyakumari to Kashmir march of the Congress entered Haryana from the Mundaka border in Nuh after spending 16 days in Rajasthan. The letter was posted on Twitter by Congress leader Jairam Ramesh.

The former Congress chief, who covered nearly 500 km in six districts of Rajasthan before entering Haryana, said youth come to Rajasthan hoping to study and get good jobs, in a possible reference to coaching hubs like Kota.

“Despite government efforts, these hopes go unfulfilled too often. Many work in the new ‘gig economy’ for companies like Uber, Ola, Swiggy, Zomato and Amazon in jobs which offer little security.

“The process to give Adivasis their rights guaranteed in law needs to be much smoother. I am confident the Rajasthan government will act swiftly to resolve these problems,” Gandhi said.

Praising the schemes and programmes of the Congress government in Rajasthan, Gandhi said the government’s initiatives are aimed at providing “each section of society with security, removing fear from hearts and minds and assuring a bright future for the younger generation”.

“We met people who were treated free of cost through the Chiranjeevi scheme when they were seriously ill. Children’s aspirations are rising as they learn English at Mahatma Gandhi English medium schools. For the first time, MGNREGA has been extended to urban areas with the Indira Gandhi Employment Guarantee Scheme,” he said.

During the Rajasthan leg of the Yatra, people shared with Congress leaders their pains and worries, Gandhi said and hoped that the state government will work to resolve those.

Sharing his experience in Rajasthan, he said this has been the longest stretch the Yatra has spent in any state. “We have been amply repaid with the tremendous response and affection of the people of Rajasthan.”

Gandhi said that lakhs woke up early and braved the cold, and women especially welcomed and encouraged the Yatra in large numbers.

“The cities of Jhalawar, Kota, Sawai Madhopur, Dausa and Alwar were filled with enthusiastic people, especially as we marked the 100th day of the Yatra. Every step we have taken – in villages, in towns, in our public meetings and concerts – we have seen the tremendous support of the people of Rajasthan,” he added.

In this article:Congress, No job security, Rahul Gandhi