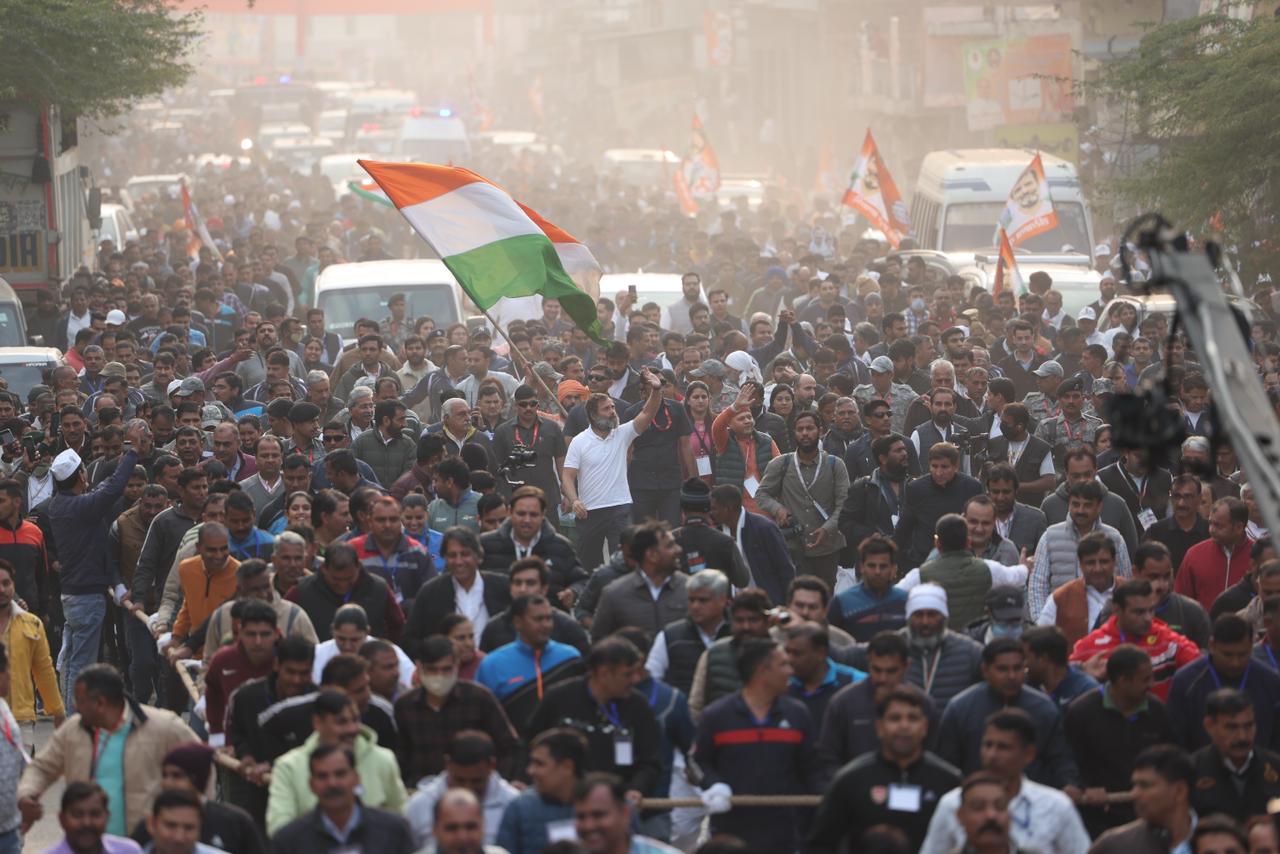 Delhi Congress president Anil Chaudhary said at least 40,000 to 50,000 yatris are expected to participate in the yatra in the national capital.

The Bharat Jodo Yatra is currently in Haryana.

Addressing the MKM office-bearers last week, Haasan had said he has been invited by Rahul Gandhi and that, he would participate in the Bharat Jodo Yatra on December 24 in the national capital.

”People from different fields will be joining the yatra that will enter Badarpur border at 6 am. We will then walk towards Ashram via Apollo hospital and thereafter, the yatris will have a lunch break and will rest for a while. We will resume our yatra at 1 pm from Ashram,” Chaudhary said.

After the lunch break, the yatra will resume and head towards Nizamuddin and then to the India Gate Circle–ITO–Delhi Cantt-Darya Ganj and before heading towards the Red Fort. Thereafter, Rahul Gandhi and some of the yatris will visit Rajghat, Veerbhumi and Shantivan by car and pay floral tributes.

After a short break beginning Saturday night, the yatra will resume from January 3 from Uttar Pradesh, then again head to Haryana in the second phase and then to Punjab and Jammu and Kashmir.

The yatra, which was launched on September 7 in Kanyakumari, has covered Tamil Nadu, Kerala, Karnataka, Telangana, Andhra Pradesh, Maharashtra, Madhya Pradesh and Rajasthan. It completed 100 days on December 16.