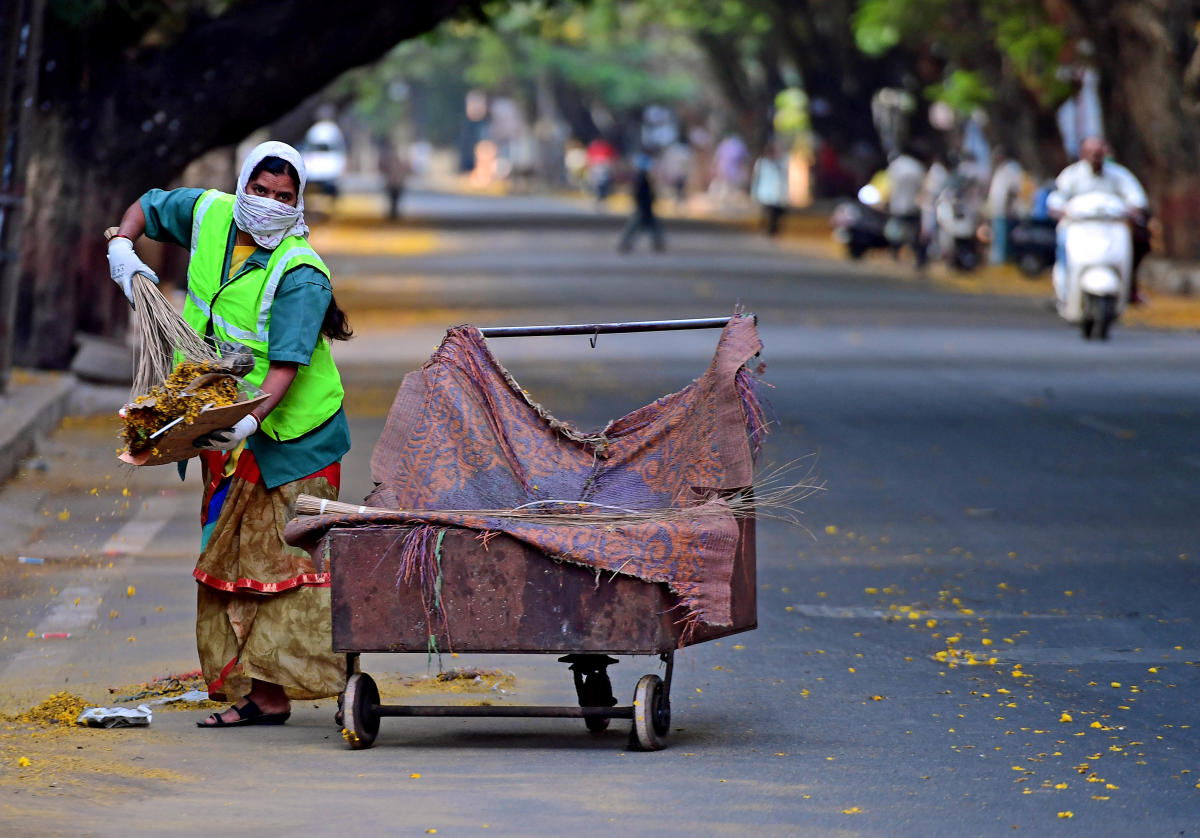 BELAGAVI: Karnataka Chief Minister Basavaraj Bommai on Wednesday said services of the remaining 30,867 “Pourakarmikas” (civic workers) working in the State will be regularised in the coming days.

He also felt that they should be addressed as “Poura Naukaras” and not “Pourakarmikas”, stating that calling them by a different name will give them a sense of self-respect and dignity.

He was speaking after distributing the appointment letters to the civic workers of various local bodies here.

“There are 42,000 civic workers working in the State, of which the services of 11,133 people have been regularised. The services of others will be regularised in the coming days,” Bommai said.

Pointing out that the risk allowance of Rs 2,000 has been announced for the civic workers in the budget, he further said, the existing law has been changed to protect their interest and to make them live with a sense of dignity and self-reliance.

Bommai said at any cost the education of the children of civic workers must not be hampered and the government is ready to address the problems.

“They must study well and reach top posts. Such social changes will be made. The reservation for SC/ST has been hiked and all steps will be taken to stand by this decision. The government has recognised the services of the civic workers and will provide a good education to their children to make their future bright,” he said.

The Chief Minister said he will be giving instructions to officials to prepare a list of the children of civic workers who are set to appear for the upcoming degree examination in March next year and would arrange special training for the competitive examination.

“We are also ready to give special coaching to help them appear for other competitive exams including CET,” he added.