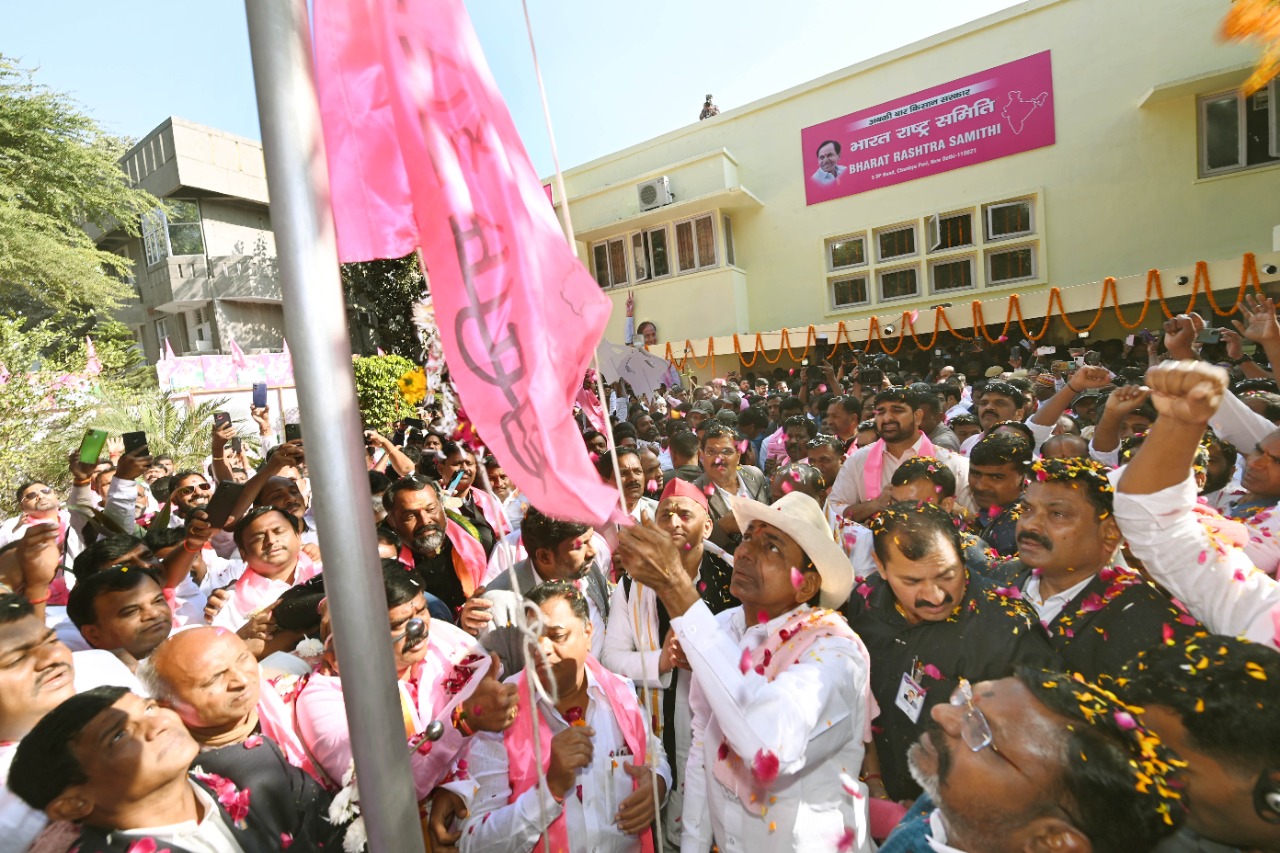 NEW DELHI: Ahead of the 2024 Lok Sabha polls, Telangana Chief Minister and BRS supremo K Chandrasekhar Rao made his foray into national politics while the state politics saw a twist with the CBI grilling his daughter in the ‘excise scam’.

The year saw the regional party and the BJP, now aspiring to shatter KCR’s dreams of securing a hat-trick of Assembly election wins next year, continue to spar.

KCR, as Chief Minister Rao is addressed, sought to go national with the launch of Bharat Rashtra Samiti in 2022 while an alleged poaching attempt to lure some ruling party MLAs out of it kept the political temperature high in the state during the year, promising exciting action ahead of the Assembly elections in December next year.

Away from the world of politics, the city-based vaccine maker Bharat Biotech received fresh acclaim in the outgoing year with its intra-nasal Covid-19 vaccine iNCOVACC getting the nod for its inclusion in the inoculation drive.

In the sporting arena, Telangana pugilist Nikhat Zareen brought laurels to the state by clinching the gold medal in the Women’s World Championship.

Putting an end to protracted speculation over his plans to venture into national politics, Rao announced the transformation of Telangana Rashtra Samiti as BRS in October and the name change got the Election Commission’s approval two months later.

Rao, who gave the slogan of ‘Ab ki baar kisan sarkar’ (farmers’ government this time) when he unveiled the flag of BRS, is expected to initiate the activities of the outfit in various states in the new year.

The political one-upmanship between the ruling BRS and BJP reached new heights during 2022 with war of words between the two parties becoming almost a daily affair, even as the saffron party is making all attempts to spring a surprise at the hustings next year in its bid to expand its southern footprint. The party is presently in the ruling saddle in neighbouring Karnataka.

An alleged attempt to poach some BRS MLAs triggered a storm in state politics after the police checked a farmhouse on the city outskirts where three accused persons met four ruling party MLAs.

A notice was issued to BJP General Secretary B L Santhosh to appear before the Special Investigation Team (SIT) of state police probing the case. However, the state High Court not only stayed the notice, but later transferred the probe to CBI.

BRS MLC K Kavitha, daughter of KCR was examined by CBI in connection with the ‘Delhi excise policy scam’ case, prompting the leader to dub it as a ”political vendetta by the BJP.” She asserted the allegations against her were completely bogus and false.

Aiming to expand its footprint in the southern states, the BJP held its national executive in Hyderabad in July, 2022.

Addressing a massive public meeting after the conclusion of the National Executive, Prime Minister Narendra Modi, trying to enthuse the party cadre for 2023 Assembly polls, said the people of Telangana yearn for a ‘double engine growth’ and asserted this will be fulfilled when the BJP comes to power in the state.

The party has been making efforts to emerge as the alternative to BRS and tasted reasonable success in a couple of Assembly bypolls and the Greater Hyderabad Municipal Corporation (GHMC) election during the last two years.

During 2022, the BRS and BJP slugged it out in the by-poll to Munugode Assembly constituency which was necessitated after sitting Congress MLA Komatireddy Raj Gopal Reddy quit the party and joined the BJP.

The by-poll witnessed unprecedented campaigning with several state ministers and BRS MLAs canvassing in favour of the party candidate in the predominantly rural constituency and the ruling party managed to win it with a majority of over 10,000 votes with the CPI and CPI(M) supporting it.

The by-poll came as a jolt to the Congress as its candidate lost the security deposit.

After the by-poll loss, more bad news came the way of Congress as its internal bickering played out in the open with some senior leaders complaining that those who recently joined the party got prominence at the cost of the party’s ”original leaders and activists”.

On a fire-fighting mission, senior AICC leader Digvijaya Singh asked the state party leaders to air their views within party fora and to remain united to effectively take on the BRS and BJP.

Telangana witnessed a sensational gang-rape case of a teenaged girl in posh Jubilee Hills area during 2022 allegedly by an 18-year old and four minor boys.

The Hyderabad-based Tollywood (Telugu film industry) delivered some of the biggest pan-India hits during the year, including ‘RRR’ and ‘Pushpa’.

The film industry lost some of the leading actors during the outgoing year which include Krishna, Krishnam Raju, Kaikala Satyanarayana and Chalapathi Rao.