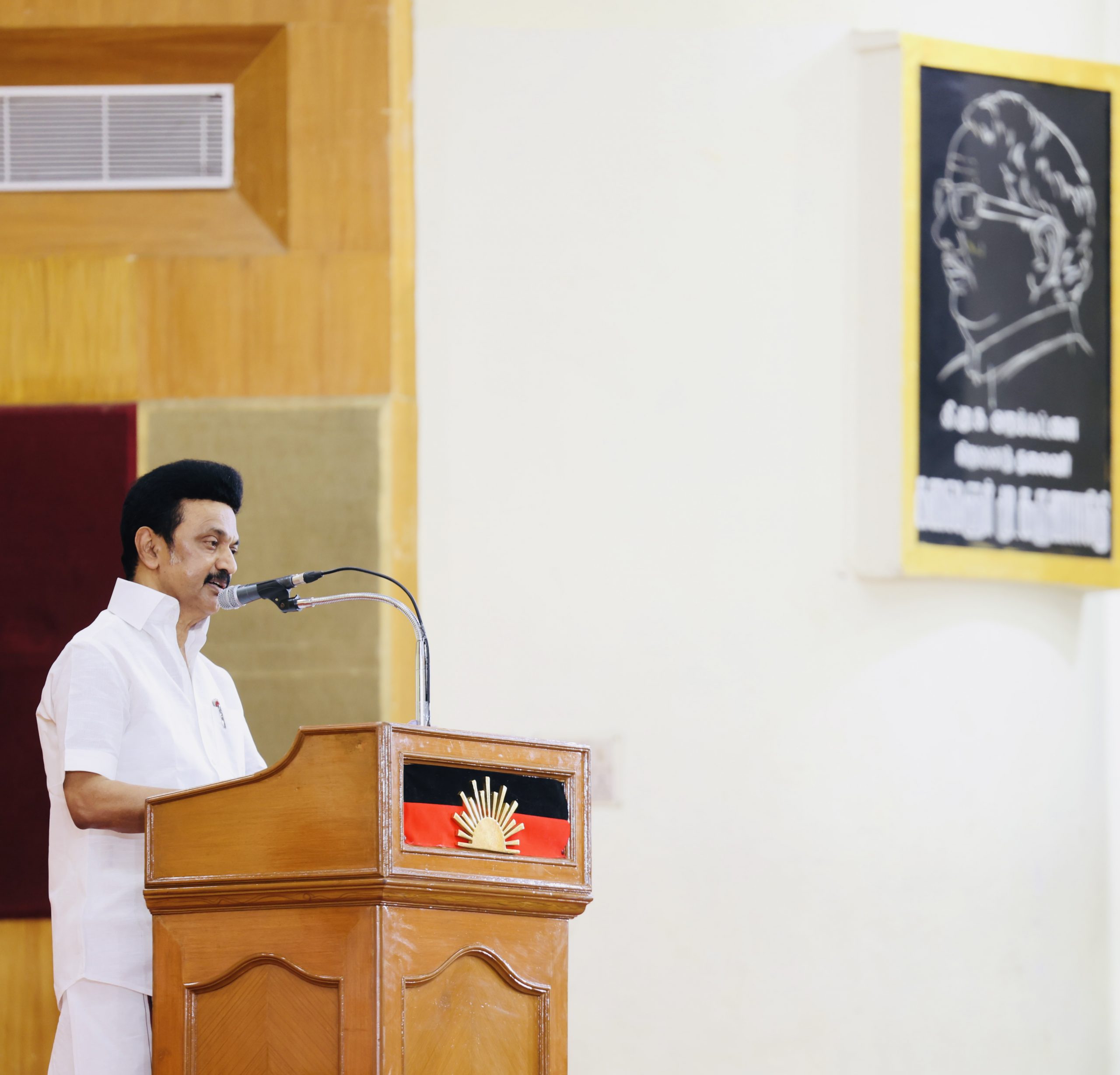 CHENNAI: Tamil Nadu Chief Minister and DMK president M K Stalin has accused the BJP-led Union Government of trying to usurp the rights guaranteed to state governments and also assume the subjects in the Concurrent list to be their own.

Alleging that many of the Union Government’s actions are in contrast to the Constitutional values, Stalin accused the saffron party of making attempts to run a “parallel government” through the Governors, especially in the states that are ruled by non-BJP dispensations.

“The behaviour and approach of ‘appointed’ Governors trying to control ‘duly elected’ governments amounts to mockery of our constitution,” Stalin told PTI in an exclusive interview.

Stalin said it is not just the DMK but many parties including the CPI-M in Kerala, BRS in Telangana, TMC in West Bengal, and AAP in Delhi are raising their voices against this trend.

The DMK’s chiefs comments came against the backdrop of friction between Governors and governments in some non-BJP ruled states.

“Governors playing political games does not augur well for the democratic and federal nature of the Union. This must be corrected,” he said.

Asked to comment on the BJP’s landslide victory in the recent Assembly polls in Gujarat, Stalin said one cannot and should not decide the mood of the entire country based on the results of one state elections.

“The rules of the games are different for state elections and national elections.” Stalin also pointed out that there is “variation” in support for the BJP from region to region in the country. Talking specifically about Tamil Nadu, the chief minister said the BJP has won assembly seats in the past and in the last state elections by “riding on the back” of regional allies. “On its own the BJP cannot win a single seat.” Following are brief excerpts from the interview Q. BJP has registered a record shattering victory in Gujarat recently. And the main opposition in that state – the Congress party (an ally of the DMK in Tamil Nadu) has ended up with its worst ever tally. As the president of DMK – one of the most prominent regional parties in the country – how do you view this development? A. The DMK is a democratic organisation that respects the mandate of the people in elections. Having said that, one cannot and should not decide the mood of the entire country based on the results of one state elections. Gujarat is the home state of the Prime Minister and the Union Home Minister. They have placed special focus on Gujarat elections. Apart from that, there were local factors that helped BJP. Hence, one should desist from thinking that the whole of India would vote like the electorate of Gujarat did.

There are ample examples to prove that the results of state assembly elections and parliamentary elections may not be the same. The Congress, albeit losing to Bharatiya Janata Party in Gujarat, has won in Himachal Pradesh. BJP has been defeated in the Delhi Municipal Corporation elections. Hence, one can easily observe the variation in support for BJP in the country.

Q. BJP has increased its national footprint and reports suggest that Tamil Nadu is prominently on the party’s agenda. BJP has won four MLA seats in the previous state elections and is looking to increase its relevance in Tamil Nadu. BJP’s state unit has been attacking the ruling DMK in the state on various issues. What is your view on BJP’s efforts to become a prominent political entity in Tamil Nadu in the future?

A. Let me state it clearly. Neither we, nor the people of Tamil Nadu view BJP as the primary opposition party in Tamil Nadu. It got four MLAs in the 2001 State Assembly elections by riding on the shoulders of DMK. After two decades, riding on the back of AIADMK, they got four MLAs again in 2021. This is the reality of BJP’s strength as far as Tamil Nadu is concerned. They can never win even one seat in Tamil Nadu on their own.

BJP attempts to grow by controlling AIADMK. It is not only a weak strategy but also a wrong one at that. BJP has not grown in stature in TN. It is trying to create such an image.

Q. In the past you have raised several issues which you claimed were of utmost importance to protect the federal structure of the nation and the federal rights of the states. You have written letters to chief ministers of non-BJP ruled states on such issues. What do you think has been the impact of your efforts to muster the support of all non-BJP ruled states to take on such central policies?

How do you view the prospects of your own emergence as a national leader in the future? A. I would like to remind you of what Thalaivar Kalaignar said, “I am aware of my height”. I am quite aware of both my strengths and limitations. The DMK has already taken the initiative for Social Justice at all India level. It contributes to the efforts on State Autonomy as well.

Many of the Union BJP Government’s actions are in contrast to the Constitutional Values. They try to usurp the rights guaranteed to the state governments and also assume the subjects in the Concurrent list to be their own.

Especially in the states that are ruled by non-BJP Governments, the BJP attempts to run a parallel government through the Governors. Not just DMK, many parties including CPIM in Kerala, BRS in Telangana, AITC in West Bengal, AAP in Delhi are raising their voices against this. Even the Chief Minister of Puducherry UT who is an ally of BJP expresses his anguish against the Governor’s over-reach. Such is the constitutional chaos created by the BJP in India. DMK’s voice for Social Justice, State Autonomy and Secularism are now being echoed across India.

Q. Some non-BJP ruled states are witnessing tussles between the respective Governor and the Chief Minister. What do you think about the friction between Governors and the state’s elected leadership?

Do you think this affects the effective functioning of the state? Some important ordinances passed by the state (including regulation of online gaming) have not been cleared by the Governor, what’s your message to the present Governor? A. Governors who have the habit of reading the Constitution would maintain cordial relations with the ‘elected’ State Government. The behaviour and approach of ‘appointed’ Governors trying to control ‘duly elected’ governments amounts to mockery of our constitution. It is akin to insulting the democratic rights of crores of people who participate in elections. It is an attempt to wound the sentiments of Tamil people and show them in poor light to other states. If the bills unanimously passed by the state legislative assemblies are stalled without assent, it means that they are making the constitution dysfunctional. This trend is worse than the British Raj, where the people’s will was not respected. Governors playing political games does not augur well for the democratic and federal nature of the Union. This must be corrected.