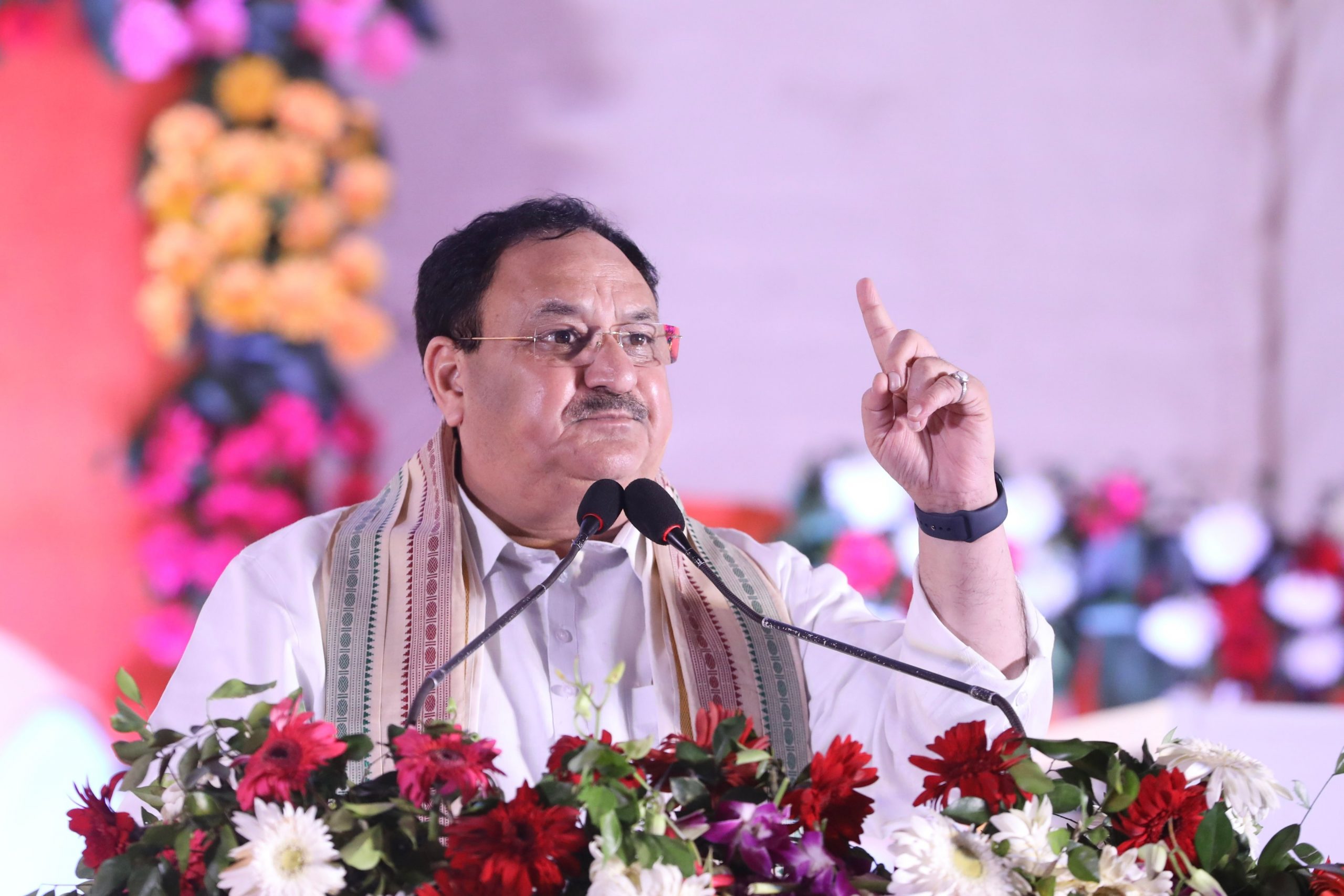 CHANDRAPUR: Bharatiya Janata Party (BJP) president JP Nadda will on Monday launch a drive from Chandrapur as part of the party’s plan to win 18 ”difficult” seats from Maharashtra in the 2024 Lok Sabha elections, a BJP leader said on Sunday.

Nadda will address rallies at Chandrapur in east Maharashtra and Aurangabad in the Marathwada region. In the 2019 Lok Sabha elections, the BJP failed to retain the Chandrapur constituency which was won by Congress, the only seat the Grand Old Party currently holds in Maharashtra which sends 48 MPs to Lok Sabha.

The BJP had revised its national target of the ”difficult” LS seats it is eying to win in the 2024 polls to 160 from 144. In Maharashtra, the saffron party has identified 18 ”difficult” constituencies.

”JP Nadda will launch the drive from Chandrapur district on January 2 with a mega Vijay Sankalp rally at Chandrapur,” said Devrao Bhongle, district BJP president. He said Nadda will offer prayers at the famous temple of goddess Mahakali in Chandrapur city. In the 2019 Lok Sabha elections, the BJP won 23 of the 25 seats (out of the total 48) it contested in Maharashtra, while the party’s then ally Shiv Sena bagged 18.

“Nadda will address his first rally in Chandrapur on Monday followed by an organisational meeting. His second rally will take place in Sambhaji Nagar (formerly Aurangabad) in the Marathwada region,” said Sanjay alias Bala Bhegade, coordinator for Lok Sabha meetings of BJP.

For a long time, Aurangabad Lok Sabha constituency was represented by Uddhav Thackeray-led Shiv Sena. In 2019, the Asaduddin Owaisi-led AIMIM wrested the Aurangabad seat from Shiv Sena. After the split in Shiv Sena last June, the BJP and ‘Balasahebanachi Shiv Sena’ led by Maharashtra Chief Minister Eknath Shinde are eyeing this constituency.