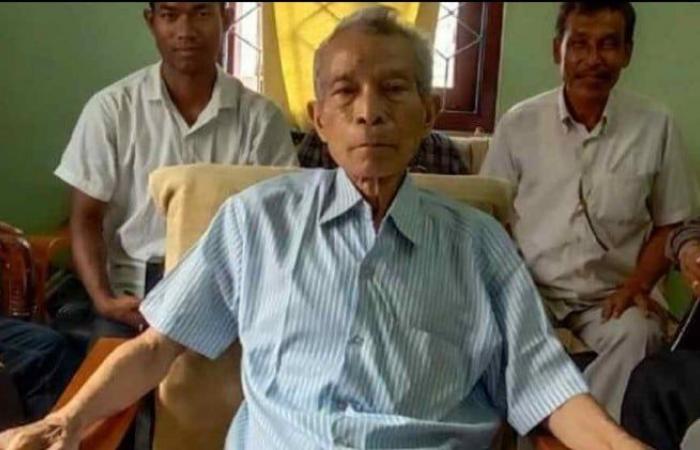 The BJP-led government declared a three-day state mourning as mark of respect for the veteran tribal leader.

Prime Minister Narendra Modi condoled Debbarma’s death, tweeting, ”Shri N C Debbarma Ji will be remembered by the coming generations as a hardworking grassroots leader who always worked for the well-being of people. He made a rich contribution to Tripura’s progress. Pained by his demise. Condolences to his family and supporters. Om Shanti.” The state revenue and forest minister was not keeping well for the last few months as he was suffering from chronic diabetes, Indigenous People’s Front of Tripura (IPFT) spokesperson Amit Debbarma said.

He suffered a massive cerebral stroke on Saturday and was admitted to a state-run hospital here, where he underwent surgery but breathed his last on Sunday, the spokesperson said.

BJP president J P Nadda, in his condolence message, tweeted, ”Saddened to hear about the passing away of N.C. Debbarma Ji, senior Cabinet Minister in Tripura government. He’ll forever be remembered for the role he played in the upliftment of the people of Tripura & its progress. My condolences to his family, and supporters. Om Shanti.” Debbarma floated IPFT in 2009 after his retirement as the director of All India Radio (AIR), Agartala.

He forged a political alliance with the BJP ahead of the 2018 assembly elections and toppled the Manik Sarkar-led Left Front government, which was in power for 25 years at a stretch. The IPFT, under his leadership, won eight of the nine ST-reserved constituencies in the last assembly election.

Debbarma, along with Mevar Kumar Jamatia, was inducted into the cabinet of Biplab Kumar Deb.

”It is very sad that we have lost a senior minister of the state cabinet, who used to have valuable views on various issues. His passing away has left a void in the state’s political landscape. He was a very efficient, honest and clean-image politician,” Chief Minister Manik Saha told reporters after offering floral tributes to Debbarma.

The government has declared a three-day state mourning as a mark of respect to the departed leader, he said.

His final rites will be performed at his native Uttar Maharanipur village in Khowai district with state honours on Monday.

Tipra Motha supremo Pradyot Kishore Manikya Debbarma, in a Facebook post, said, ”I am deeply anguished to hear about the demise of senior leader and minister N C Debbarma. He was a leading voice of indigenous rights in the state and he shall always be remembered for his contribution to the society. My condolence to his family, friends and followers.” CPI(M) state secretary Jitendra Choudhury and party MLAs Sudhan Das and Ratan Bhowmik also offered floral tributes. Congress MLA Sudip Roy Barman said, ”I am deeply saddened by the death of N C Debbarma. It is a great loss to the state and its politics. He was an honest and seasoned politician. I had worked with him for 18 months when I was the health minister and it was a memorable experience for me.”