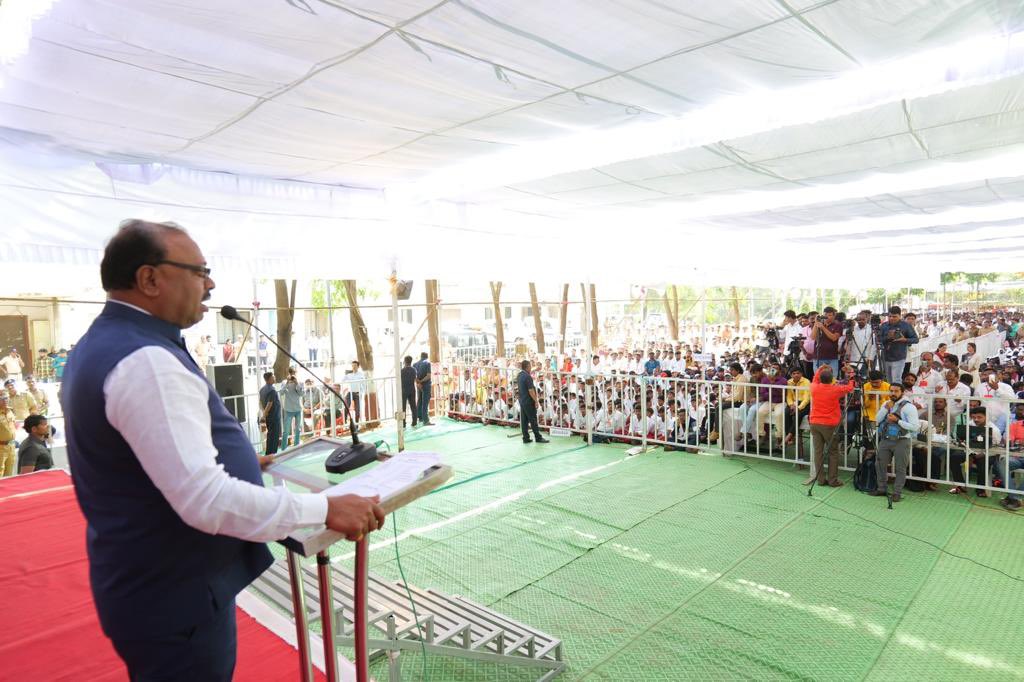 AURANGABAD: The Bharatiya Janata Party will win the Aurangabad Lok Sabha seat in Maharashtra by a margin of 2 lakh votes in 2024 polls, a senior leader has said implying the party is keen to take on Shiv Sena (UBT) which has represented this constituency multiple times.

”The BJP will win the Aurangabad Lok Sabha seat by a margin of 2 lakh votes,” Bawankule told reporters. Nadda addressed two rallies in Chandrapur and Aurangabad cities as part of the BJP’s plan to win 18 ”difficult” seats it has identified in Maharashtra out of 160 targeted constituencies across the country in the 2024 Lok Sabha elections, BJP leaders had said.

Aurangabad Lok Sabha constituency was represented by the Uddhav Thackeray-led Shiv Sena multiple times before it was wrested by the Asaduddin Owaisi-led All India Majlis-e-Ittehadul Muslimeen (AIMIM) in 2019.

BJP sources had said Amit Shah will travel to as many as 11 states this month as part of his party’s ”Lok Sabha Prawas” programme, which is aimed at boosting its prospects in targeted parliamentary constituencies ahead of the general elections in 2024. When asked about some people leaving the venue of Nadda’s rally in Aurangabad while he was present on the stage, Bawankule said they might have left as the rally was delayed by four hours and due to the water supply timings in the city.

”The entire ground was full at the scheduled time of 4 pm. I have videos. But the programme started four hours late. I came to know later that nearly half of Aurangabad gets water supply at 8 pm, besides people have work on hand and women have to cook also. These factors might have led people to leave the ground,” he said.

Videos of people leaving the ground while Nadda was present on the stage and amid speeches by local BJP leaders were widely circulated. In the 2019 Lok Sabha elections, the BJP won 23 of the 25 seats (out of the total 48) it contested in Maharashtra, while the party’s then ally Shiv Sena bagged 18.