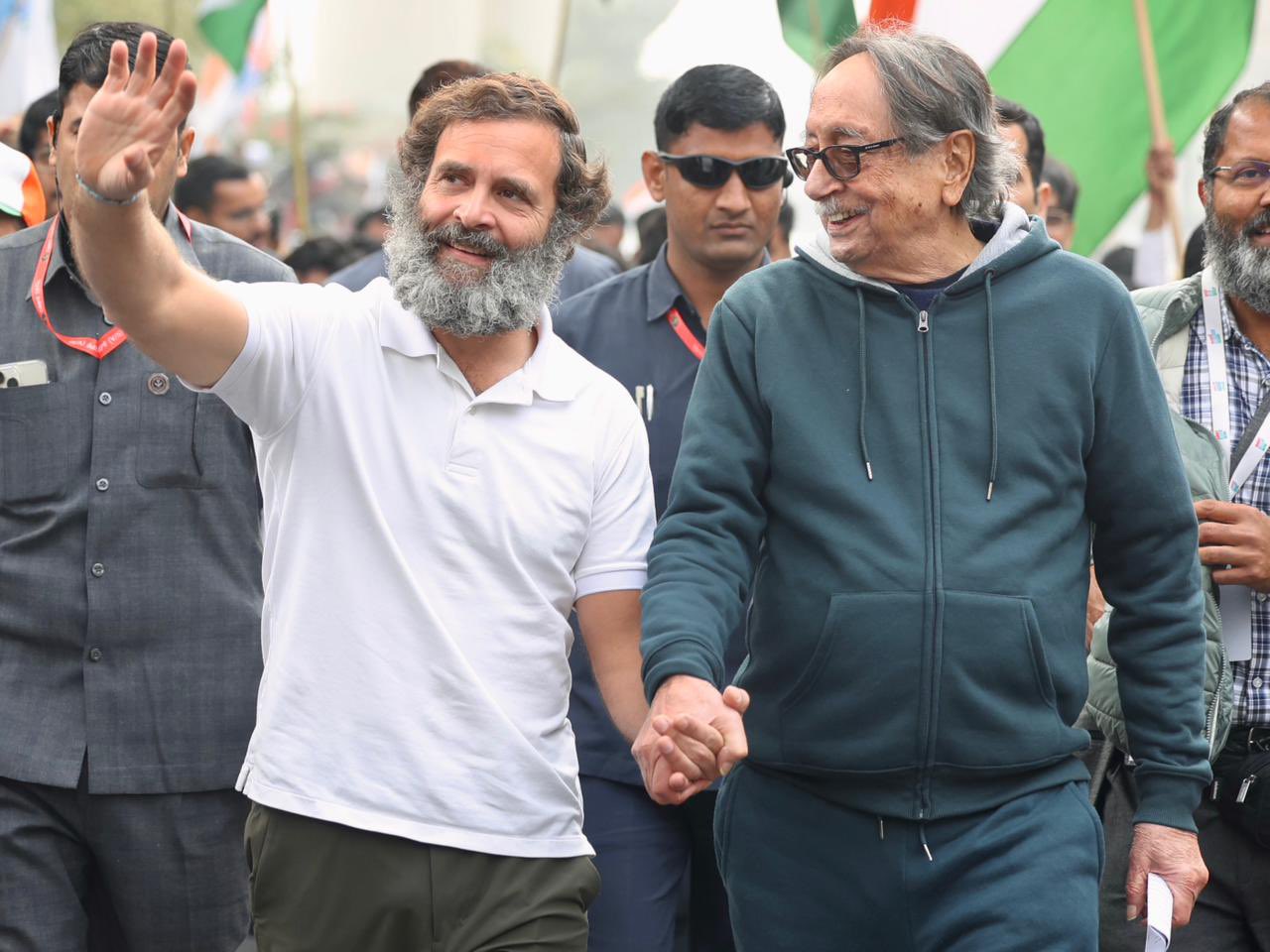 Dulat joined the Yatra and walked alongside Rahul Gandhi before it entered Uttar Pradesh.

Former Special Director of the Indian Intelligence Bureau & former Secretary of Research and Analysis Wing (RAW) Shri A.S. Dulat joins Shri @RahulGandhi during the #BharatJodoYatra. A.S. Dulat also served as an advisor on J&K in the Vajpayee government after his retirement. pic.twitter.com/fMu6iaN7am

Dulat was also the former Special Director of the Indian Intelligence Bureau. After retirement he served as an advisor on Jammu and Kashmir in the Prime Minister’s Office from January 2000 to May 2004.

Shiv Sena MP Priyanka Chaturvedi also joined the Yatra in Delhi when it resumed after a break of nine days.

The Bharat Jodo Yatra entered Uttar Pradesh on Tuesday afternoon and Congress General Secretary Priyanka Gandhi Vadra along with UP Congress workers were lined up at Loni Border to welcome the Yatra.

Bharat Jodo Yatra will end on January 30 in Srinagar with hoisting of flag.

The has covered 3,122 kms so far from Gandhi Mandapam in Kanyakumari to the Red Fort in Delhi. Over the 108 days, the Yatra has covered 49 districts in nine states and one Union Territory — Tamil Nadu, Kerala, Karnataka, Andhra Pradesh, Telangana, Maharashtra, Madhya Pradesh, Rajasthan, Haryana and Delhi.