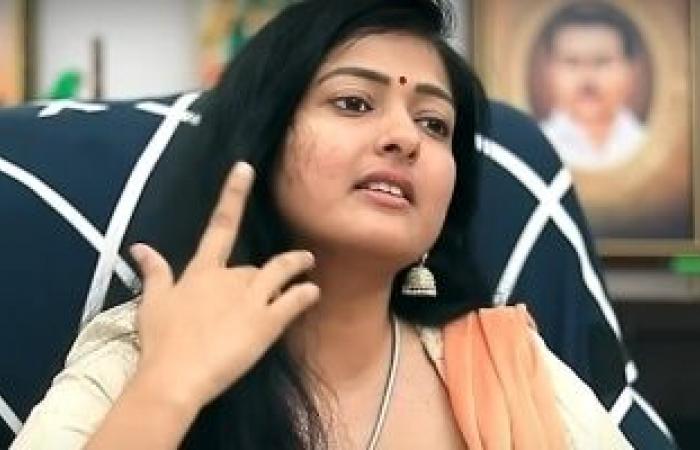 NEW DELHI: Actor-turned-politician Gayathri Raghuram, who was suspended from the BJP, has quit the primary membership of the party.

In a series of tweets on Tuesday, she said: “I have taken the decision with a heavy heart to resign from TNBJP for giving an opportunity for an enquiry, equal rights and respect for women. Under Annamalai’s leadership, women are not safe. I feel better to be trolled as an outsider.

I have taken the decision with heavy heart to resign from TNBJP for not giving opportunity for an enquiry, equal rights & respect for women. Under Annamalai leadership women are not safe. I feel better to be trolled as an outsider.
.@narendramodi .@AmitShah @JPNadda @blsanthosh

“I strongly believe in Hindu Dharma in my heart and conscience. I don’t need to search for it in a political party. I rather go to a temple in search of God and Dharma. God is everywhere. God is with me. Justice delayed is justice denied.”

President of the BJP’s Tamil Nadu unit, K. Annamalai had suspended Raghuram from all party positions for a period of six months from November 2022.

This was following an open social media spat she had with the then OBC Morcha state leader, Tiruchi Suriya.

Suriya was reprimanded by the party leadership after his chats with party minority Morcha leader Daisy Sarin in which he was verbally abusing her was leaked to the media.

Raghuram, who was the state president of the BJP Other State and Overseas Tamil Development Wing, and had joined issue with Suriya.

Interestingly, Suriya who is the son of DMK leader Tiruchi Shiva, had also resigned from the party and lashed out against the party-state organising secretary, Keshava Vinayagam.

With the resignation of the two prominent young leaders, the Tamil Nadu BJP is in a crisis, and criticism has mounted against the police-type functioning of Annamalai, who was an IPS officer before becoming a politician.