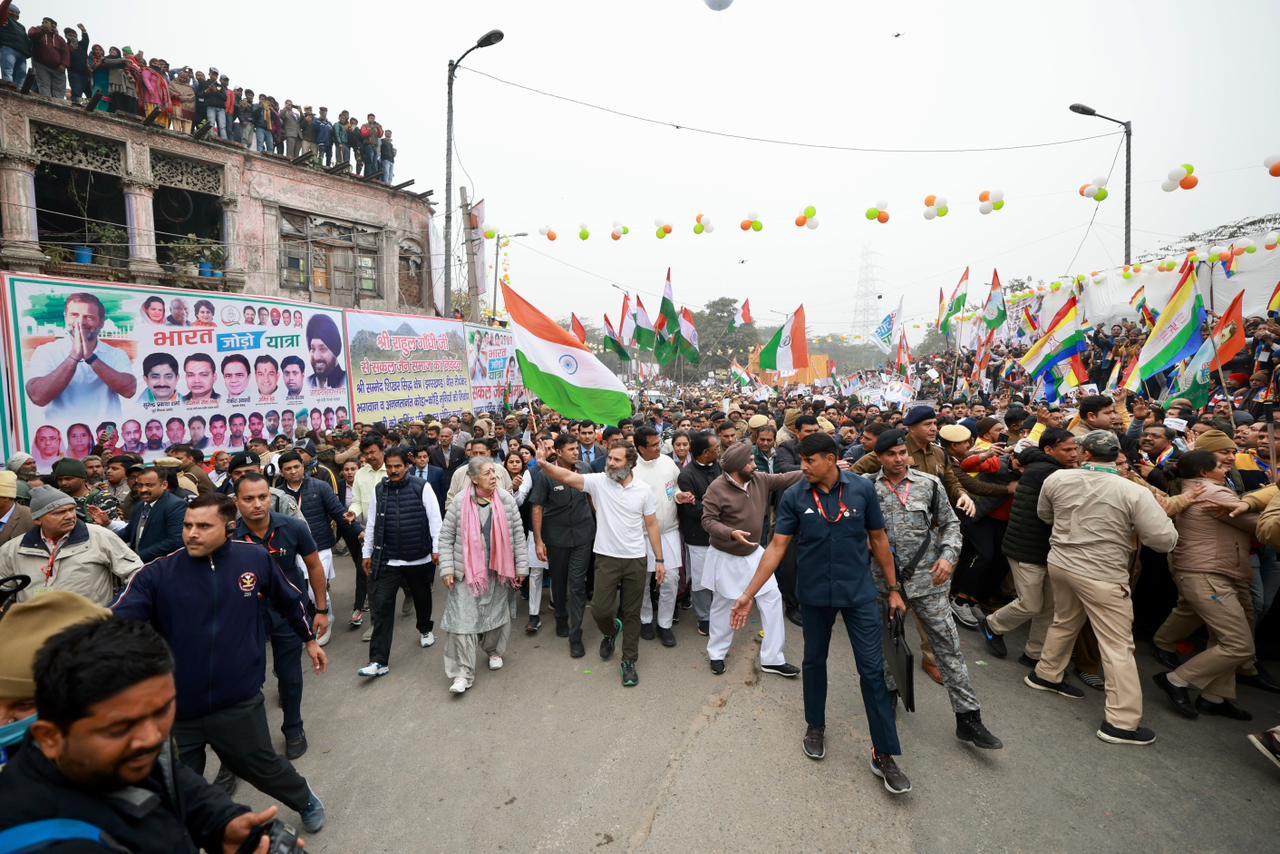 NEW DELHI: Congress leader Priyanka Gandhi Vadra on Tuesday called her brother Rahul Gandhi a “warrior” and said he is not afraid of the might of the government which spent thousands of crores to destroy his image.

Welcoming Rahul Gandhi and the Bharat Jodo Yatra at the Loni border as it entered Uttar Pradesh from Delhi, she said big industrialists like Adani and Ambani may have bought many a politician, PSUs and the media, but “they have not been, and will never be, able to buy my brother.”

People say Rahul Gandhi does not feel cold even in winter, this is because “he is wearing the shield of truth,” the Congress leader said.

Rahul Gandhi, who was constantly seen wearing white T-shirts even in Delhi winter during the yatra, has found media and politicians alike wondering why he does not feel cold.

Priyanka said she was proud of welcoming the yatra, which entered UP traversing 3,000 kms from Kanyakumari.

“Look at my elder brother, I take the maximum pride in you. Because the establishment put all its pressure. The government spent thousands of crores to destroy his image.

“But, he did not deter from the path of truth. Agencies were deployed but he did not feel afraid, as he is a warrior,” she said to thunderous applause at the Loni border here.

“Adani ji, Ambani ji brought big politicians, bought all PSUs, the media, but they could not buy my brother and will never be able to do so. I am proud of him and of everyone else,” she also said.

Priyanka, also the AICC general secretary in-charge of Uttar Pradesh, said Rahul has opened “the shop” to spread love in the “market of hatred” and was marching to unite the people.

“I urge everyone in Uttar Pradesh to open a franchise of this ‘mohabbat ki dukaan’ (shop to spread love),” she said.