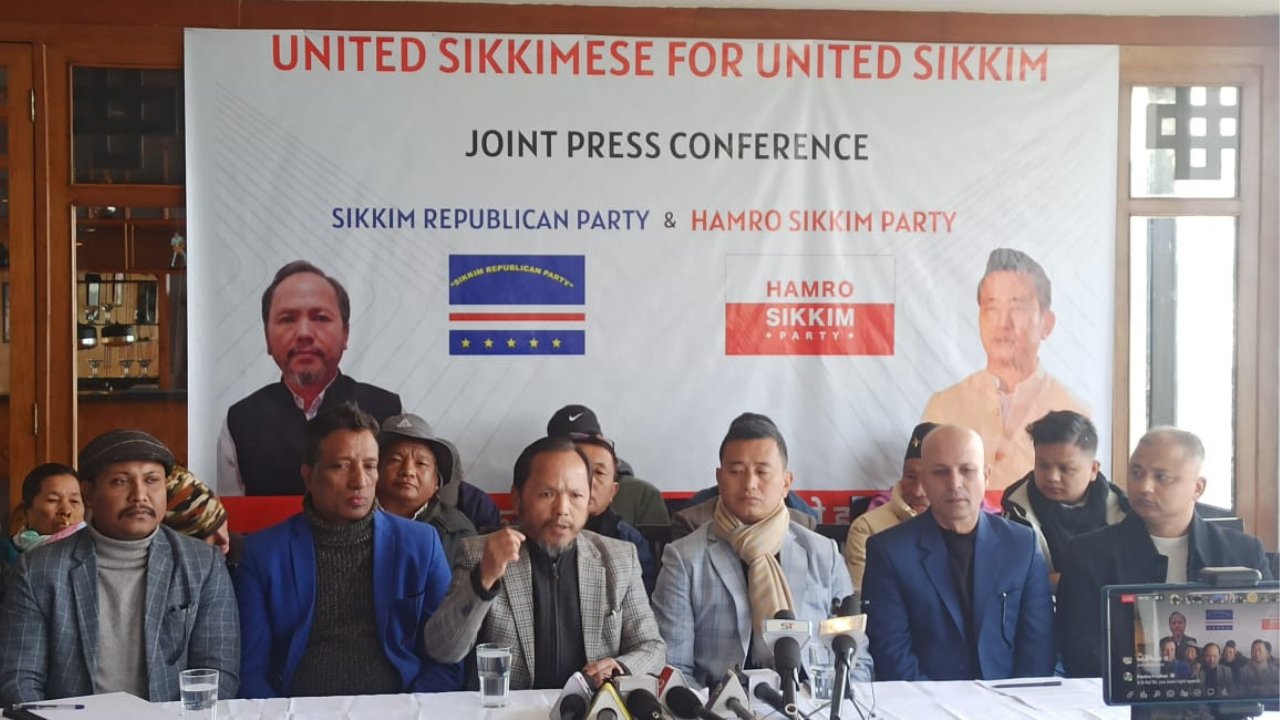 GANGTOK: Legendary footballer Bhaichung Bhutia-led Hamro Sikkim Party (HSP) on Wednesday formed an alliance with another regional party, K B Rai-led Sikkim Republican Party, ahead of the assembly and Lok Sabha elections due next year.

The two parties also announced a three-point Common Minimum Programme (CMP), which includes implementation of Inner Line Permit in Sikkim, reservation of seats in the assembly for Nepali-speaking people and preservation and protection of Article 371F.

Addressing a joint press conference here, Bhutia and Rai asserted that the people of the Himalayan state want the two parties to join forces and fight the next assembly polls together.

They asserted that Sikkimese people are looking up to them as an alternative to the ruling Sikkim Krantikari Morcha (SKM), which has ”failed to deliver its promises made during the 2019 assembly polls and has been inclined to hold on to power just for the sake of it without doing anything worthwhile for the people of the state”.

Bhutia said Sikkim needs a political coalition that will raise voice to secure, protect and preserve the rights of the people.

”We need leaders who will speak in the assembly and Parliament without fear or obligations. We need strong leaders and political parties to implement the three-point agenda we have raised today,” he said. The HSP president said that in the coming days, both parties will fight for the three-point CMP from a common platform. ”Younger generations must understand the provisions in Article 371F,” Bhutia said.

He said seat reservation for Nepali-speakers was in place in Sikkim Assembly till 1979, and this is not a new demand but its restoration will require political will.

Bhutia said Sikkim is a border state and ”national security could be at stake” if ILP is not implemented.

Both HSP and SRP had contested the 2019 assembly polls in Sikkim and had drawn a blank, polling less than two per cent votes.