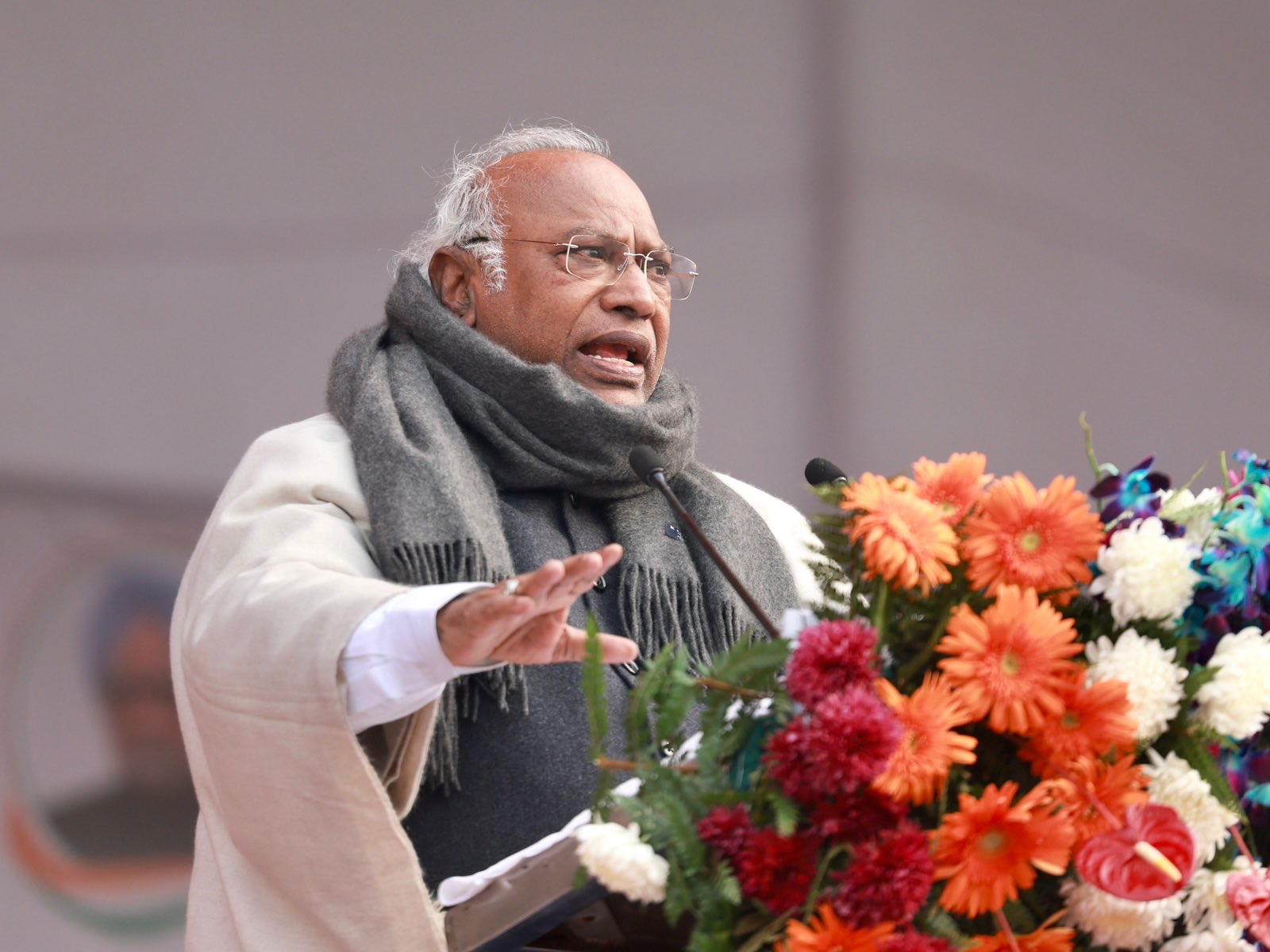 PANIPAT: Congress chief Mallikarjun Kharge slammed Union Home Minister Amit Shah on Friday for announcing in poll-bound Tripura that the Ram temple will be ready by January 1, 2024, wondering in what capacity the BJP leader said so as he is neither the ”pujari” nor the ”mahant” of the shrine.

”Everyone has faith in god. But why did you make such an announcement, that too in the run-up to the (Tripura Assembly) polls? And when the (2024 Lok Sabha) election is also slated for May, you are saying the Ram temple will be inaugurated.

”Who are you to make such an announcement? Are you the pujari or the mahant of the Ram temple?” Kharge said targeting Shah.

”Let the mahant and the seers say it. You are a politician. Your job is to keep the country secure, ensure law and order, ensure that people get food and give the price for farmers’ produce. That is your job,” the Congress chief told a rally organised here as part of the opposition party’s ”Bharat Jodo Yatra”.

Shah announced on Thursday that the Ram temple in Ayodhya will be ready by January 1, 2024, the year of the Lok Sabha polls.

This is being seen by the political opponents of the Bharatiya Janata Party (BJP) as an indication that the temple may again be a cornerstone of the saffron party’s campaign in the next general election.

”Rahul baba, listen from Sabroom (Tripura) that a mammoth Ram mandir will be ready on January 1, 2024,” Shah said, attacking Congress leader Rahul Gandhi, who is leading the Bharat Jodo Yatra.

The Congress chief also slammed the Centre over a host of issues, including inflation and unemployment, and accused the BJP of making tall promises during election time and going back on those words after coming to power.

He said there is rising inflation and unemployment in the country but the government does not seem to be bothered.

The Congress chief said they are seeing a ”different Rahul” as he undertakes the journey from Kanyakumari to Kashmir on foot.

He said essential items of use have gone out of the common man’s reach because of the rising inflation.

”In 45 years, unemployment was never so high. Educated youngsters, including those with degrees in engineering, medicine and business management are without jobs, but the BJP government, (Prime Minister Narendra) Modiji and Amit Shahji are not worried about them.

”They have no concern for youngsters, the economic condition or inflation…. Only elections are on their mind,” Kharge alleged.

He also accused the BJP of misusing central agencies to target the opposition.

Kharge said the Congress came to power in many states under Gandhi’s leadership, but the saffron party allegedly used various tactics to bring down those democratically-elected governments.

”Then they say they believe in democracy. What they do is bring down democratically-elected governments,” the Congress chief alleged.

He said the BJP had talked about doubling farmers’ income and hiking the minimum support price (MSP) for crops but that did not happen.

Kharge hit out at the BJP for making tall promises and going back on those words later, saying those promises only turn out to be ”election jumla” (poll gimmick).

He used the Hindi proverb ”muh mein Ram, bagal mein chhuri” to take a dig at the BJP and accused the saffron party of indulging in divisive and vote-bank politics.

Kharge asserted that the Congress stands to protect the interests of all sections of the society and said Gandhi is undertaking the foot march to unite the country and spread the message of love.

He said the Bharat Jodo Yatra has not been organised with an eye on votes, but to safeguard the interests of the people of the country, including farmers, labourers, women, Dalits and other weaker sections.

He also said the Bharat Jodo Yatra has become a people’s movement.

Addressing the gathering, Haryana Congress chief Udai Bhan said, ”The future belongs to the Congress and Rahul Gandhi and he will be the country’s next prime minister.”