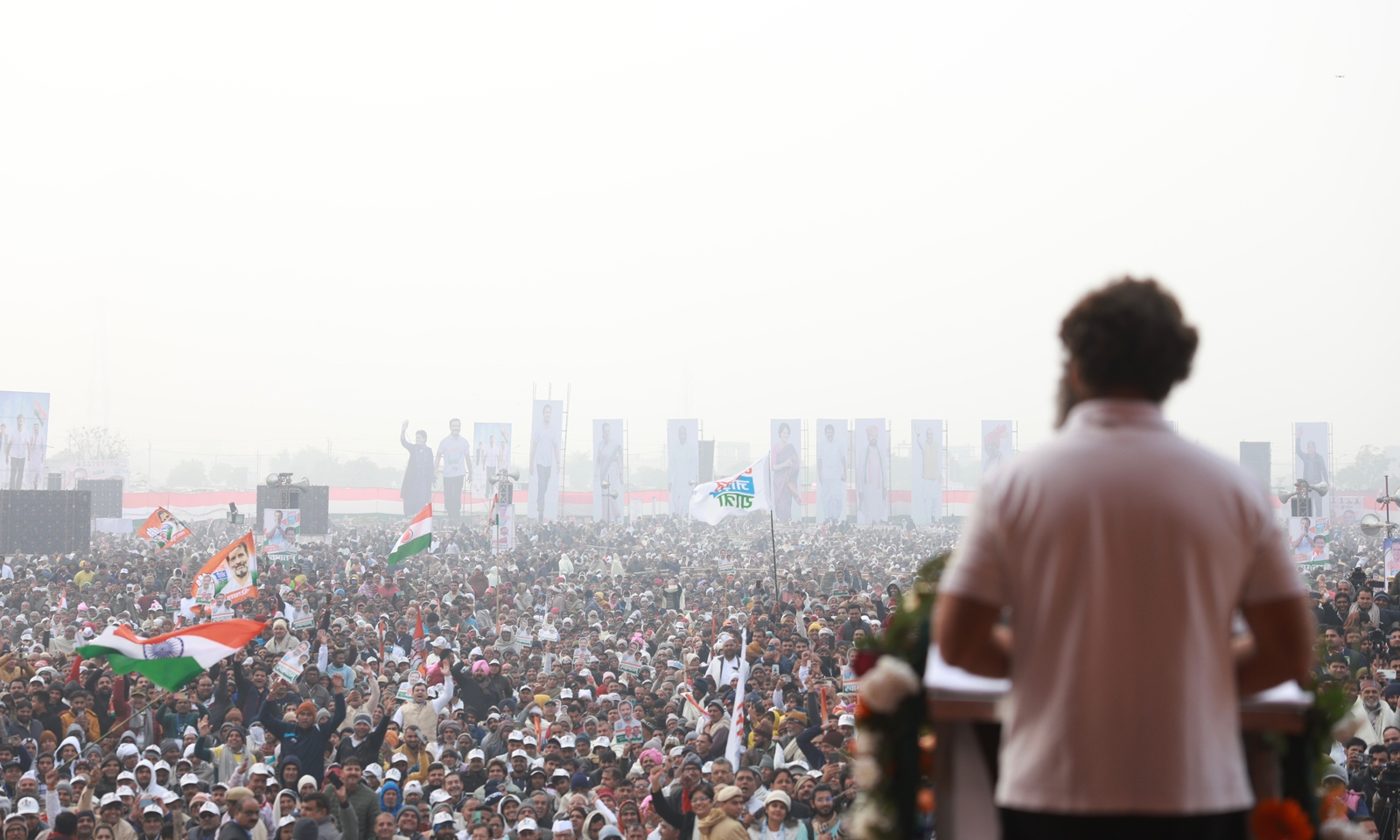 PANIPAT: Congress leader Rahul Gandhi on Friday slammed the BJP government over the economy and unemployment, saying there are two Indias under Prime Minister Narendra Modi – one of farmers, labourers and the jobless and the other of “100 people” who hold “half” of the nation’s wealth.

Addressing a rally here as part of the party’s Bharat Jodo Yatra, the former Congress president also targeted the BJP government at the Centre over the Goods and Services Tax (GST), the demonetisation exercise six years back and the armed forces’ new Agnipath recruitment scheme.

He called Haryana, which has a BJP-led government, “champion” in unemployment. “You have left everyone else behind,” Gandhi said when someone in the crowd claimed the state has an unemployment rate of 38 per cent.

The Congress leader claimed that 90 per cent of the profits made by corporate India are with just 20 companies. “And half of the country’s wealth is in the hands of 100 people. This is the truth of Narendra Modi’s Hindustan.” ”There are two Indias–one in which farmers, labourers, small shopkeepers, unemployed youth and crores of people live and the second India which is of 200-300 people,” he said.

He said Panipat was earlier famous as a centre of small and medium industry. Thousands of small businesses gave employment to lakhs, he said.

He said the two moves had an impact across the country.

Gandhi’s remarks on demonetisation came days after the Supreme Court upheld the legality of the Centre’s 2016 decision to demonetise currency notes of Rs 1,000 and Rs 500.

The Congress leader also attacked the Centre over the Agnipath scheme, under which the defence forces are recruiting soldiers – called Agniveers – mostly for just a short term.

Under the previous government, said Gandhi, those joining the armed forces did not have to worry about the term of service, and about pension.

He said the scheme has shattered the dreams of the youth who get up at 4 am to train as Army aspirants.

Now only 25 per cent of Agniveers will be absorbed in the military and the rest face unemployment, he said.

He said promises made to the youth have been broken by Modi and the BJP. ”They brought the Agniveer scheme and they accuse me of talking against the Army. I am protecting and respecting the Army.

He claimed the aspirants who protested against this scheme were ”threatened”.

”I have walked more than 3,000 km during the yatra so far, and these aspirants tell me that their dreams have been shattered, their future ruined,” he said.

Targeting the BJP, Gandhi said the Bharat Jodo Yatra has shown a path against fear and hatred.

“Hindus, Muslim, Christians, Sikhs — all people are walking hand in hand, nobody asks anyone where they come from. Common people connect with this yatra and offer food and all help,” he said.

He reiterated that he is opening a “shop of love in the market of hate” though the yatra.

The yatra, which started from Kanyakumari in Tamil Nadu on September 7, will end with Gandhi hoisting the national flag in Srinagar on January 30.