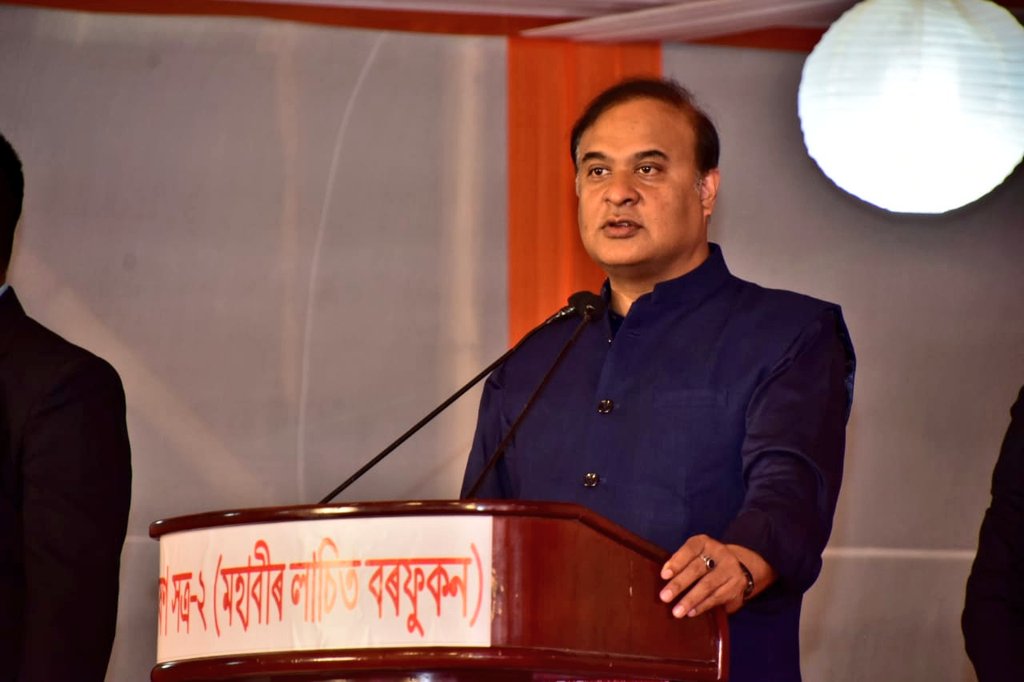 GUWAHATI: Alleging Left historians of ‘distorted’ Indian history by making it a tale of defeats and submissions, Assam Chief Minister Himanta Biswa Sarma on Sunday asserted that history should be rewritten to record the nation’s victories.

He also alleged that the Left ideology followers have been trying to divide the state along linguistic lines for decades and maintained that the people must defeat such attempts by embracing their “religious similarities”.

Glad to be present at the 28th State Convention of @ABVPAssam at Guwahati.

ABVP has always strived to work for nation building & creating youth leaders in the nation on the ideals of Swami Vivekananda.

My best wishes to all the karyakartas. pic.twitter.com/tpyAEPnhDD

Addressing the 28th state convention of Akhil Bharatiya Vidyarthi Parishad (ABVP) here, Sarma said, “The Leftists have always tried to distort our history as they wanted to project Bharat as a defeated ‘jati’ (community).

They overlook the kings and heroes who resisted and defeated Mughal attacks successfully and write only about those who were defeated,” he claimed.

He cited the examples of Guru Gobind Singh, Chhatrapati Shivaji, Durga Das Rathore and Lachit Borphukan who had successfully led campaigns against Mughal armies, and alleged that the Leftist historians leave out their exploits while writing history.

Asserting that the time was ripe for history to be written anew, the BJP leader said, “We should inspire the students of history to write it anew – not as a tale of defeats and slavery, but one of glory and achievement. This will motivate our new generations further towards nation building.” Sarma also accused Left intellectuals of diving the people of Assam along linguistic lines as the state is home to numerous languages.

“Jatiyatadab’ (sub-nationalism) based on linguistic differences was a ploy of the Leftists to keep Assam divided for over three decades…Leftists try to project language as a point of conflict. Had our leaders stood up to them earlier, we would not have seen so much unrest and problems over the years,” he maintained.

While language is an important component, it cannot be the sole identity of a community and religion and history also play equally vital roles, he maintained, adding, “Language will survive only when our religion and culture survives.” He emphasised on the need for Assamese language speakers to embrace other languages of the state and ensure that all the tribes and communities are accorded equal importance.

The chief minister also stressed on need for economic self-reliance and exhorted the youths to focus on skill development, entrepreneurship and farming.

“A community needs cultural identity and political pride. But if we can’t progress economically, we cannot become ‘atma nirbhar’ (self-reliant), on which our prime minister has also accorded much emphasis,” he said.

He urged the youths to take up agriculture themselves and not let out their land to others for farming.

“If we let others farm on our lands, then we will remain owners only on paper and the actual ownership will slip into the hands of others. There is a huge market potential for our organic and other agricultural products and our youths must explore these,” Sarma added.

He claimed that a notion was created erroneously that Assam and North East were not part of rest of India historically, which had led to a ‘different stream of thoughts’ in this part of the country post-Independence.

The perceptions were being corrected gradually, which has gained momentum since 2014 and the state was now a partner in nation building, he said.

“We are in a special geographical and political stage in Assam now. There are many challenges before us and we have to meet those by equipping ourselves with correct understanding of history,” Sarma said.

Alluding to various mythological and historical recorded evidences of Assam being linked with rest of India since ancient times, Sarma said, “Our (Bharat and Assam) ‘atma’ (souls) are same but a distorted version was being propagated. Those who did so have been reduced to naught. This is a new Assam where we are proud Assamese and proud Indians.”