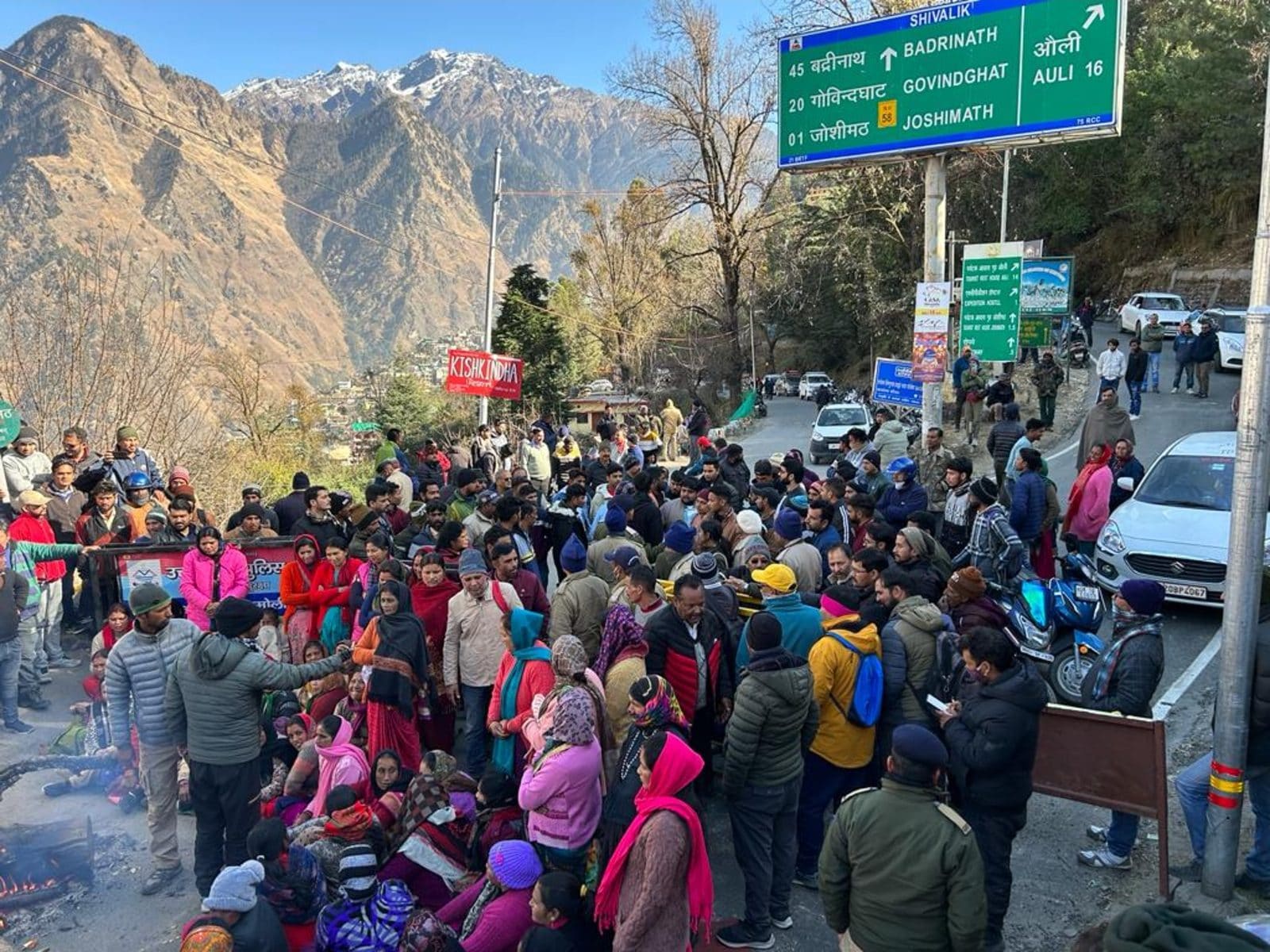 NEW DELHI: The Congress on Monday demanded that the land subsidence situation in Uttarakhand’s Joshimath should be declared a national calamity and all developmental projects in the area halted till a report by experts and environmentalists is submitted on the issue.

The opposition party described it as a man-made disaster and sought enhanced compensation for each house affected due to the “unbridled development” in the area. It asked the government to preserve the old Joshimath town and develop a new town to rehabilitate the residents.

Congress president Mallikarjun Kharge said, “Protect nature. The whole country is worried and is with the people of Joshimath, where unbridled development has created cracks in Uttarakhand’s ‘Devsthal’.” “We have three demands from the Modi government – The Joshimath tragedy should be declared a “national calamity”.

“Stop all new projects, including of railways and hydel power, until a newly appointed high-level committee of experts, scientists, environmentalists and local people submits its report,” he said in a series of tweets in Hindi.

“The oustees of Joshimath be given adequate compensation from PM CARES fund, instead of only Rs 5000,” Kharge also said.

Addressing a press conference, Congress spokesperson Pawan Khera said all development projects in the vicinity of Joshimath should be stalled till the advice of experts and locals is sought.

“We demand that after what is happening in Joshimath, the government should declare it a national calamity, as the state government is unable to handle the situation.

He also alleged that the compensation given by the state to those whose houses have developed cracks is a “cruel joke” on the people of Joshimath.

Devendra Yadav, the Congress in-charge of Uttarakhand affairs, alleged that the BJP government in the state does politics in the name of religion and is playing with the sentiments of people.

“The manner in which the BJP government in the state has acted on the Joshimath incident shows its insensitivity and callousness and we condemn its attitude.

“A Congress delegation will meet the chief minister soon and also submit a memorandum to the governor in this regard,” he also said.

Former chief minister Harish Rawat has also demanded that the compensation be increased to Rs 50,000 per victim and a ‘new Joshimath’ be established while preserving the old town.

The district administration has put red cross marks on more than 200 houses in the sinking town to declare them unsafe for living. It has asked their occupants to either shift to the temporary relief centres or rented accommodation for which each family will get assistance of Rs 4000 per month for the next six months from the state government.

Congress leader Manish Khanduri said the first cracks in Joshimath had appeared in 2019 but the response of the BJP government in the state has been “shoddy and inadequate” and the chief minister was “found lacking”.

He also demanded that a comprehensive policy needs to be designed for the hills and the area be declared a national disaster zone.

Sujata Paul, a social worker active in the area, demanded that the work of the NTPC tunnel in the area be stopped immediately and claimed that the Char-Dham yatra route is a cause of what is happening in Joshimath.