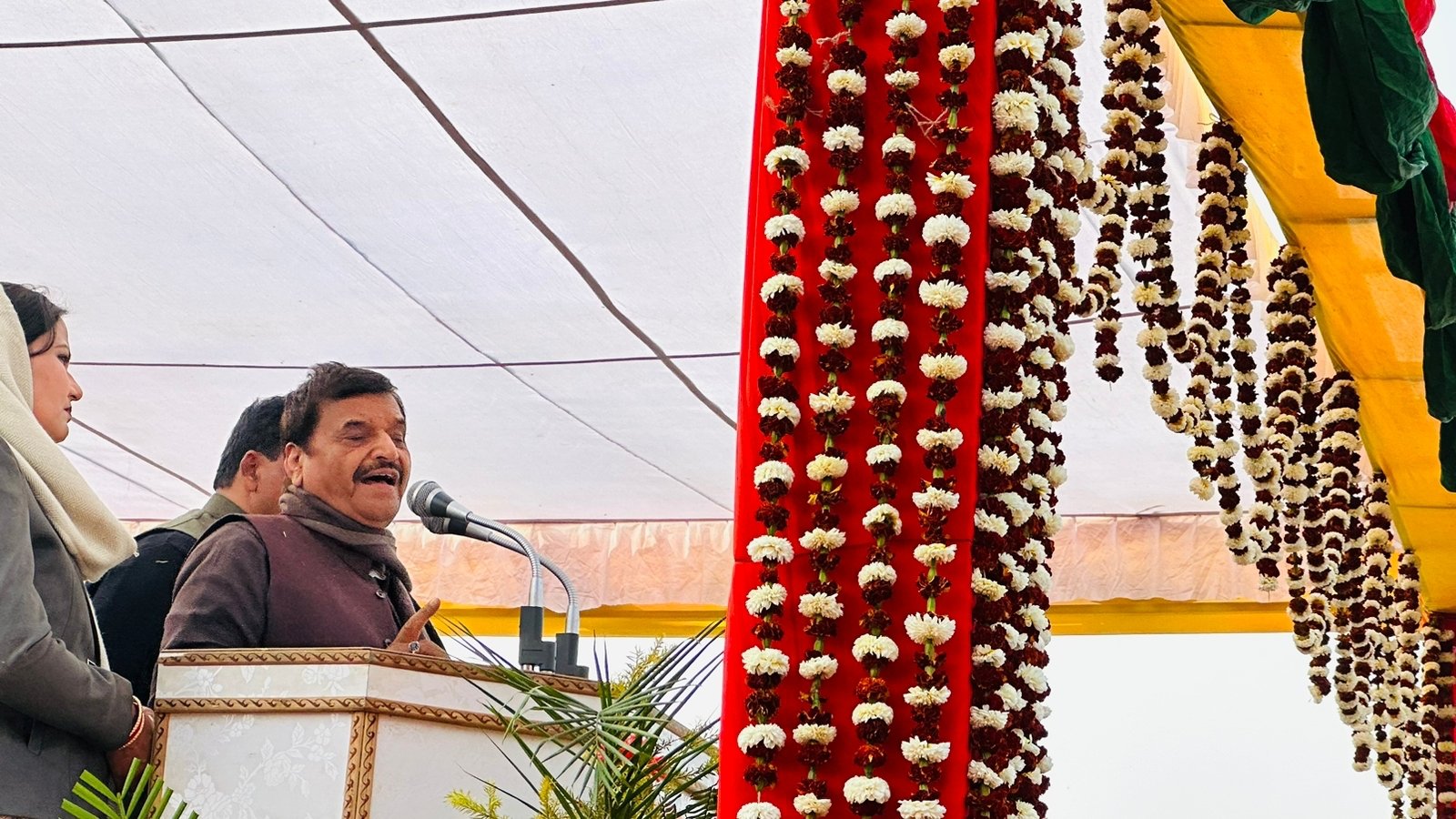 BALLIA: Samajwadi Party (SP) MLA Shivpal Singh Yadav on Thursday claimed that once the BJP is voted out in the 2024 Lok Sabha elections, it will also be ousted from power in Uttar Pradesh paving the way for Akhilesh Yadav to become chief minister of the state.

”As soon as the BJP is ousted from power in the 2024 Lok Sabha elections, the Uttar Pradesh government will also fall before the 2027 assembly elections and Akhilesh Yadav will become the chief minister,” Shivpal Singh Yadav said while addressing a gathering in Sahatwar town of the district.

Yadav had on Wednesday said ”Akhilesh Yadav is my nephew and SP president and I have accepted him as my leader”.

Calling upon the youth to struggle on the streets to overthrow the BJP government, Shivpal Yadav said that even if one has to go to jail, agitate or sit on dharna, ”the dishonest and liars have to be thrown out of power now”.

Stressing that he is ”neither tired nor broken”, Shivpal Yadav said he will act as a shield to the public against the BJP government which is harassing the public in the state.

”Today I have come to announce that now there will be a struggle. It will start from Ballia only,” he said, recalling that in the recently concluded Mainpuri Lok Sabha by-election, the public has ”taught a lesson” to the BJP government and its high-profile ministers.

He said he will now teach the ministers of the BJP government how to fight elections. Alleging that the BJP government has ”turned the poor into beggars” by giving five kg of rice each, he said the central and state governments have ”cheated” the people in the name of Lord Ram by telling lies.

”One should not lie in the name of Lord Ram, but the BJP did. The BJP government did not fulfil any of the promises made to them. From police station to tehsil and government office, no work is being done without bribe,” Shivpal Yadav said, adding that public was remembering the development works done during the previous SP government.