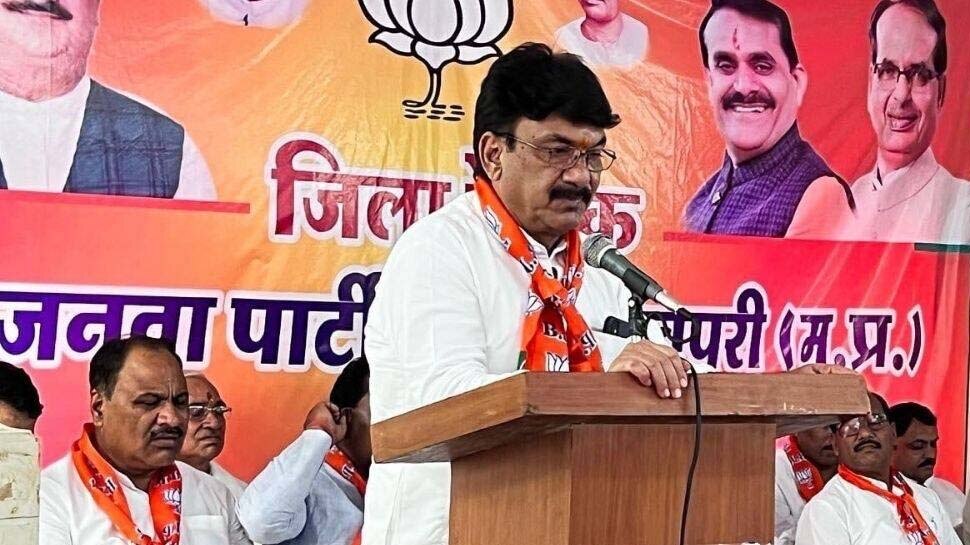 GUNA: Madhya Pradesh minister has stirred a controversy by reportedly asking Congress functionaries in the state to join the ruling Bharatiya Janata Party (BJP) or face the threat of demolition by the chief minister’s bulldozer.

A video of MP Panchayat Minister Mahendra Singh Sisodia making the remarks at a public meeting in Ruthiyai town here on Wednesday has gone viral on social media.

Like some other BJP-ruled states, the administration has been bulldozing the illegal portions of homes of people accused of various offences, a practice that has often been hailed by CM Shivraj Singh Chouhan, popularly called ‘mama’, as a symbol of his government’s ”zero tolerance” towards crime and criminals.

”Join the BJP. Move towards this side (ruling party) slowly. In 2023 (when Assembly polls are scheduled in the state) too, the BJP will form government in MP. Mama’s bulldozer is ready,” Sisodia reportedly said at the gathering while canvassing for the Raghogarh Nagar civic polls scheduled for January 20.

Hitting back, Guna district Congress chief Harishankar Vijaywargiya said the minister’s remarks have sullied the image of the BJP.

”He should exercise restraint in his language. The people of Raghogarh will give a befitting reply to him on January 20 in the polls,” Vijaywargiya said.

Raghogarh is the home turf of senior Congress leader and Rajya Sabha MP Digvijaya Singh and his son Jaiwardhan Singh is local MLA.