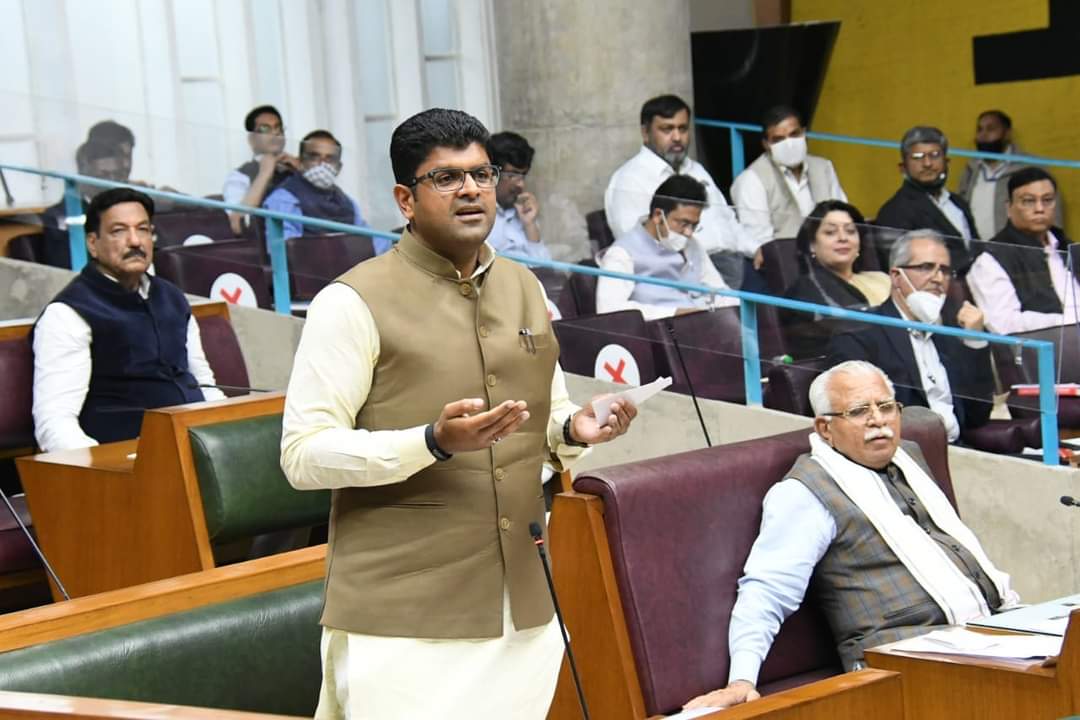 CHANDIGARH: The BJP-JJP government in Haryana survived the floor test on Wednesday, comfortably defeating the no-confidence motion moved against it by the main opposition Congress.

The motion was defeated following the division of votes.

At the end of a marathon six-hour discussion on the motion, Speaker Gian Chand Gupta announced in the House that 55 members had voted against the motion while 32 legislators had backed it.

In place of secret voting, which former chief minister B S Hooda had earlier demanded in the House, the Speaker first asked the members favouring the motion to rise from their seats and those against it were asked to stand. A headcount was done later.

The 55 members who voted against the motion included 39 from the BJP, 10 of ally Jannayak Janta Party, five Independents and Gopal Kanda from Haryana Lokhit Party.

The BJP has 40 members in the Assembly which includes the Speaker.

Thirty members of the Congress and two Independents – Balraj Kundu and Sombir Sangwan – who had earlier withdrawn support, backed the motion. The opposition camp would have needed 45 members to win the no-confidence motion.

In the 90-member Haryana Assembly, currently having an effective strength of 88 members, the ruling BJP has 40 members, the JJP 10 and the Congress 30. Seven are Independents, five of whom are supporting the government, while one member is of the Haryana Lokhit Party.

While the ruling BJP-JJP was batting on a comfortable wicket with numbers on their side, moving the motion, the first no-trust vote which 16-month old Khattar government faced, Leader of Opposition Hooda claimed the ruling dispensation has lost people’s trust.

He also said it would expose those who were claiming to stand in favour of farmers if they vote against the motion.

Referring to farmers protesting near Delhi’s borders against the Centre’s farm laws for more than 100 days, Chief Minister Khattar reached out to the opposition telling them that they should stop instigating the peasants and instead come forward and tell farmers to end their agitation.

Deputy Chief Minister and JJP leader Dushyant Chautala sought to assure that the government will protect the interests of farmers.

He said mandis and MSP will continue, notwithstanding the Opposition’s misleading claims.

The Speaker admitted the notice of no-confidence motion against the Council of Ministers after the end of the Question Hour and reserved two-hour for discussion on it.

However, later with many members speaking on it, the discussion went on for six hours.

While replying to the debate on the no-trust motion against his government, Khattar quoted famous poet Bashir Badr’s couplet Mukhalifat se meri shakhsiyat sanvarti hai, main dushmanon ka bada ehtram karta hun (The opposition helps me improve my personality, I am grateful to my enemies).”

The chief minister said the no-confidence motion has granted him one more opportunity to highlight what his government has done for various categories of people including farmers and the poor.

He said in the name of protest against the farm laws, the Opposition has been misleading them farmers.

He hit out at the Congress and said it has a tradition of distrusting every good initiative of the BJPgovernments.

They are a habitual no-confidence party, he said.

When surgical strikes took place, they asked for proof, they raised questions when Swachhta campaign was launched, they doubt EVMs on losing polls and now they are doubting the authenticity and efficacy of the indigenous vaccine against COVID, said Khattar.

He said despite knowing that the government has numbers they still brought the no-confidence motion.

We have people’s confidence, he asserted.

Asserting that farm laws will not be rolled back, Khattar briefly explained why giving a legal guarantee for crop MSP will not be feasible because of the huge financial implications.

Asking the opposition not to mislead farmers, the CM cautioned them they were trying to ignite a fire which could later burn their houses too.

He also said a prolonged agitation by farmers was not in anyone’s interest as the government has suffered revenue losses and the industry too had been adversely hit by it.

Opposing the no-confidence motion, Dushyant Chautala described the BJP and JJP as natural allies and said relations with the saffron outfit go back to the days of Chaudhary Devi Lal.

Khattar hit out at the Congress for “not speaking a word” when his and deputy CM’s choppers were not allowed by the people to land during separate functions in the past.

Chautala attacked Hooda for allegedly extending undue favours to the big corporates at the cost of farmers.

He alleged that farmers were forced to sell their land to the corporates at throwaway prices under the threat of land acquisition during the previous Congress government’s rule.

Chautala said the objective of the Congress’ no-confidence motion had nothing to do with farmers’ interests, but it showed the party’s desperation for trying to somehow capture power.

Earlier, touching upon the issue of farmers protest against the Centre’s three farm laws, Hooda said the situation is such that the ruling parties MLAs cannot even visit their constituencies.

“This government has lost the confidence of people. Their MLAs cannot go in their constituencies,” he said.

On the farmers’ issue, Hooda demanded the inclusion of nearly 250 farmers, who have died during their ongoing agitation, in the obituary references of the Haryana Assembly.

Hooda claimed it was the BJP-JJP government that stopped farmers, used water cannons and even dug roads so that they could not march towards Delhi in November.

“The government should know it cannot break farmers by such tactics,” he said.