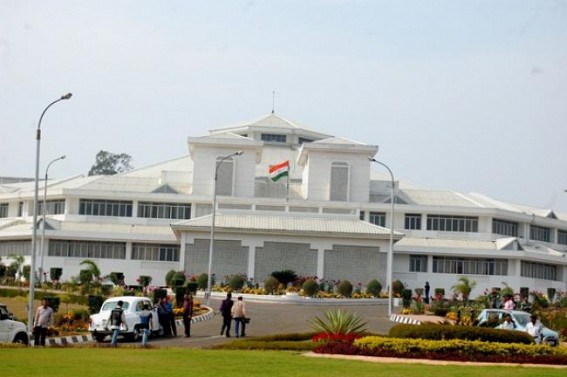 NEW DELHI: The Budget session of Tripura Assembly is scheduled to commence on Friday with the Governor’s address to the House, an official said on Thursday.

The Business Advisory Committee (BAC) of the assembly has already held a meeting and finalised the business for the five-day budget session.

Soon after the Governor’s address, Deputy Chief Minister Jishnu Dev Varma would table the Budget for the year 2021-22.

The members will get a chance to participate in the discussion on the Budget on March 23 and 24.

“There will be a discussion on the Governor’s address on March 25. As many as nine bills will be laid in the budget session”, the official of the state assembly said.

During the upcoming session, there will be Question Hour as it has been a tradition in the House for the past several years. In the last session, Question Hour was not allowed because of the COVID-19 pandemic.

In this article:Budget Session, Tripura Assembly