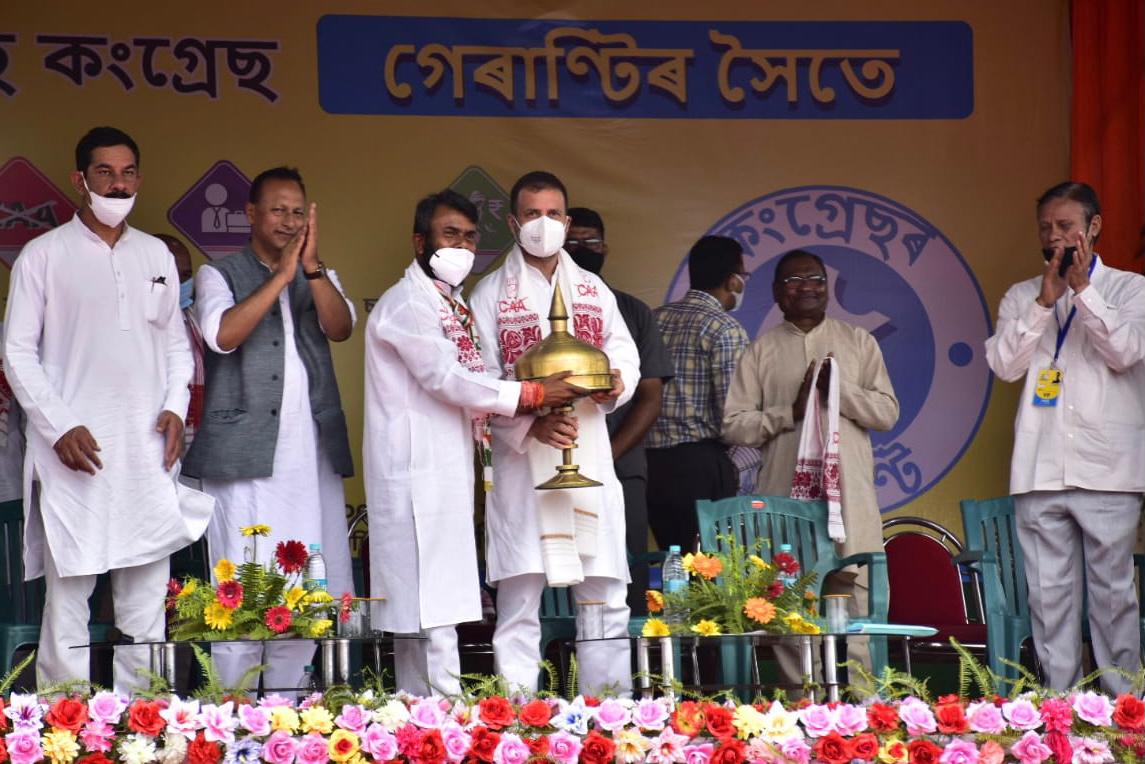 MARIANI: Congress leader Rahul Gandhi on Saturday slammed the BJP, accusing it of attacking Assam’s culture, language, history and brotherhood, and promised to eliminate hatred and bring peace if voted to power in the state.

Gandhi, while addressing an election rally at Mariani in Jorhat district, alleged that Prime Minister Narendra Modi works only for the 2-3 richest industrialists of the country and not for the commoners.

“The BJP is attacking Assam’s culture, language, history and brotherhood…we will protect you and your culture and identity, eliminate hatred and bring peace. It is your state and it cannot be run from Nagpur,” Gandhi said.

Attacking the ruling party in Assam, he said the entire state is being “handed over” to outsiders.

“The government has given Rs 2,000 crore of your money to modernise the Guwahati airport. Now that has been snatched from you and was given to (Gautam) Adani. In this way, everything in the country is being given to his 2-3 richest businessmen friends,” Gandhi said.

He alleged that the BJP makes different promises at different places but does not fulfil them.

“I never lie. See what I had said before the polls in Chhattisgarh, Maharashtra, Rajasthan and Punjab. I had said that farmers’ loans will be waived. Within six hours of forming the government in Chhattisgarh, it was done. Likewise, every promise in other states was fulfilled,” he said.

He was campaigning in Mariani, which is going to polls in the first phase on March 27, in support of sitting three- time heavyweight Congress MLA Rupjyoti Kurmi, who will have a direct contest with BJP nominee Ramani Tanti.