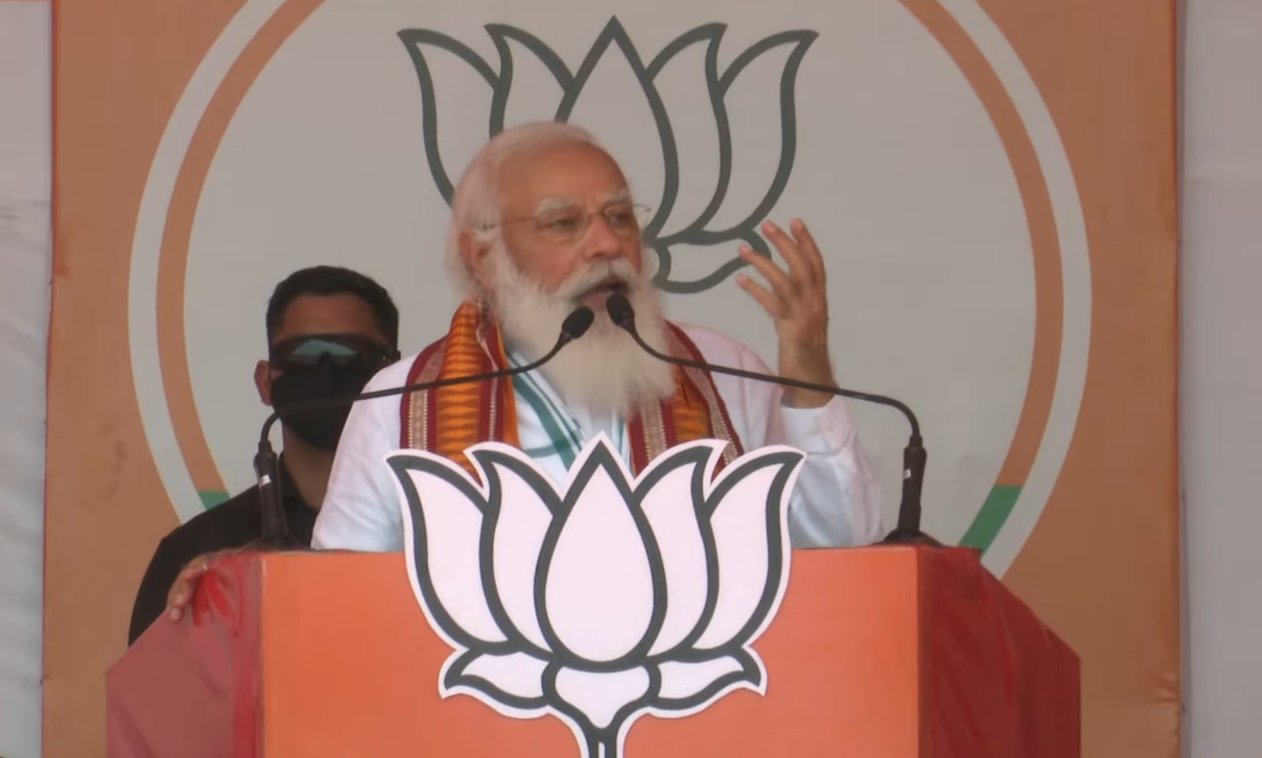 NEW DELHI: Prime Minister Narendra Modi Saturday launched a frontal attack on West Bengal Chief Minister Mamata Banerjee, alleging her lawmaker nephew Abhishek was the only “single window” in the state without crossing which no work gets done.

He also accused the TMC supremo of presiding over an administration full of ‘tolabaj’ (extortionists) and corrupt people.

Attending his second rally in the election-bound state in three days, the prime minister alleged Banerjee was engaged in “khela” (game) of appeasement for vote bank politics.

“Industrial units are getting shuttered. You know, a single-window system is created for speedy clearances for industries. In Bengal, too, exists a single window….the single window of ‘Bhaipo’ (nephew) without crossing which no work gets done,” he said without naming Banerjee’s nephew and Diamond Harbour MP Abhishek Banerjee.

The BJP has often accused Abhishek of running syndicates that extort money from common people. In local parlance, syndicates refer to gangs run by TMC toughs who sell substandard construction material to people at exorbitant rates.

Rejecting the outsider tag Mamata Banerjee has given to his party, the prime minister said,”The BJP is the only real party of Bengal. Syama Prasad Mookerjee founded Jana Sangh, the BJP’s forerunner. He was the son of Bengal.”

Ridiculing Banerjee over the “khela hobe” (game will happen) slogan, Modi said “Didir khela shesh hobe, vikas aarambh” (Didi’s game will be over and development will start).
Referring to the ‘Ayushman Bharat’ health insurance scheme, the prime minister said the TMC government has not implemented it as it thought the Centre will get credit for the measure.

“Mamata Didi stands like a wall to block central schemes,” he alleged.

He claimed the previous Congress, Left and the current TMC governments had all stalled West Bengal’s development.

Modi also spoke about the alleged killing of around 130 BJP workers by TMC activists since the 2018 panchayat elections.

“Mamata Didi runs a school of brutality where ‘tolabaji’ (extortion), cut money, syndicate and anarchy are part of the syllabus,” he alleged.