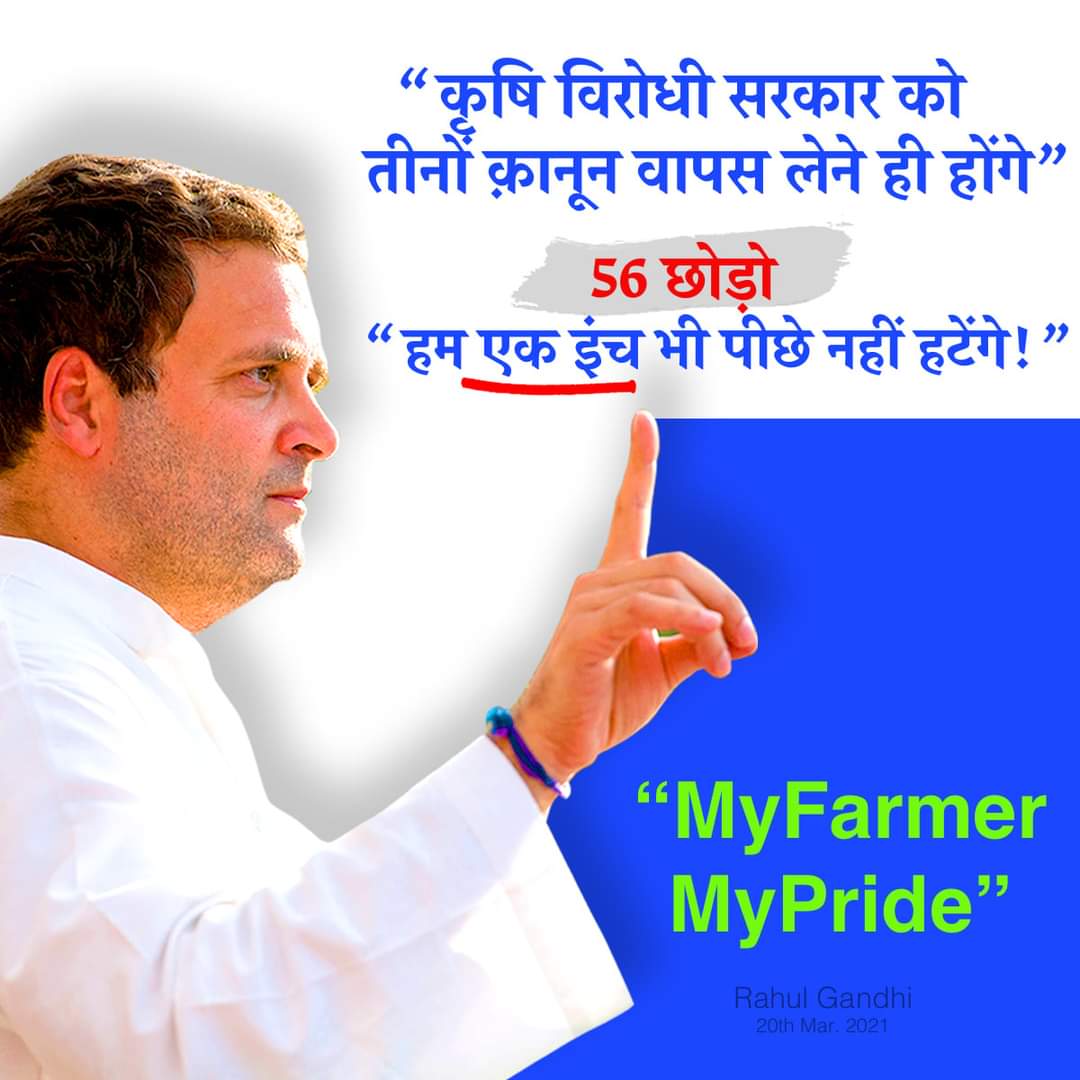 RAIPUR: Stepping up his attack on the BJP-led Centre over the three new farms laws, Congress leader Rahul Gandhi on Sunday said the government wants to snatch the income and future of farmers for the benefit of a few top businessmen in the country.

He was addressing a function in Chhattisgarh capital Raipur to disburse cash benefit to farmers and cattle-rearers under the two schemes of the state government through a recorded video-message in Hindi.

“What we had promised to farmers, we have fulfilled it today. You know the government of India is heading on some other path. It has brought three farm laws against the farmers. The central government wanted to snatch the income and future of farmers and hand it over to two-three big businessmen,” he said without naming anyone.

Hailing the Bhupesh Baghel-led dispensation in Chhattisgarh, Gandhi said he is happy that his party’s governments in Chhattisgarh and other states are walking on the path of supporting farmers, labourers, small businessmen, youth and women.

In contrast, the Chhattisgarh government extended support to farmers and strengthened the rural economy, he said.
“We pumped in money into the rural economy and therefore, Chhattisgarh has not been facing any trouble (during the coronavirus crises), which is being faced by other states,” he added.

On the occasion, Chief Minister Bhupesh Baghel transferred Rs 1,104.27 crore into the accounts of 18.43 lakh farmers as the fourth and last instalment of Rajiv Gandhi Kisan Nyay Yojana (for kharif and rabi crop year 2019-20).

Besides, he also transferred Rs 7.55 crore to the accounts of cattle-rearers under the Godhan Nyay Yojana.

Under the Rajiv Gandhi Kisan Nyay Yojana, farmers have been paid a total of Rs 5,627.89 crore in four instalments as input support to paddy cultivators and certified seeds growers, a government official said.

Under Godhan Nyay Yojna, the state government has been procuring cow dung at Rs 2 per kg from cattle-rearers for production of vermi-compost, he said.