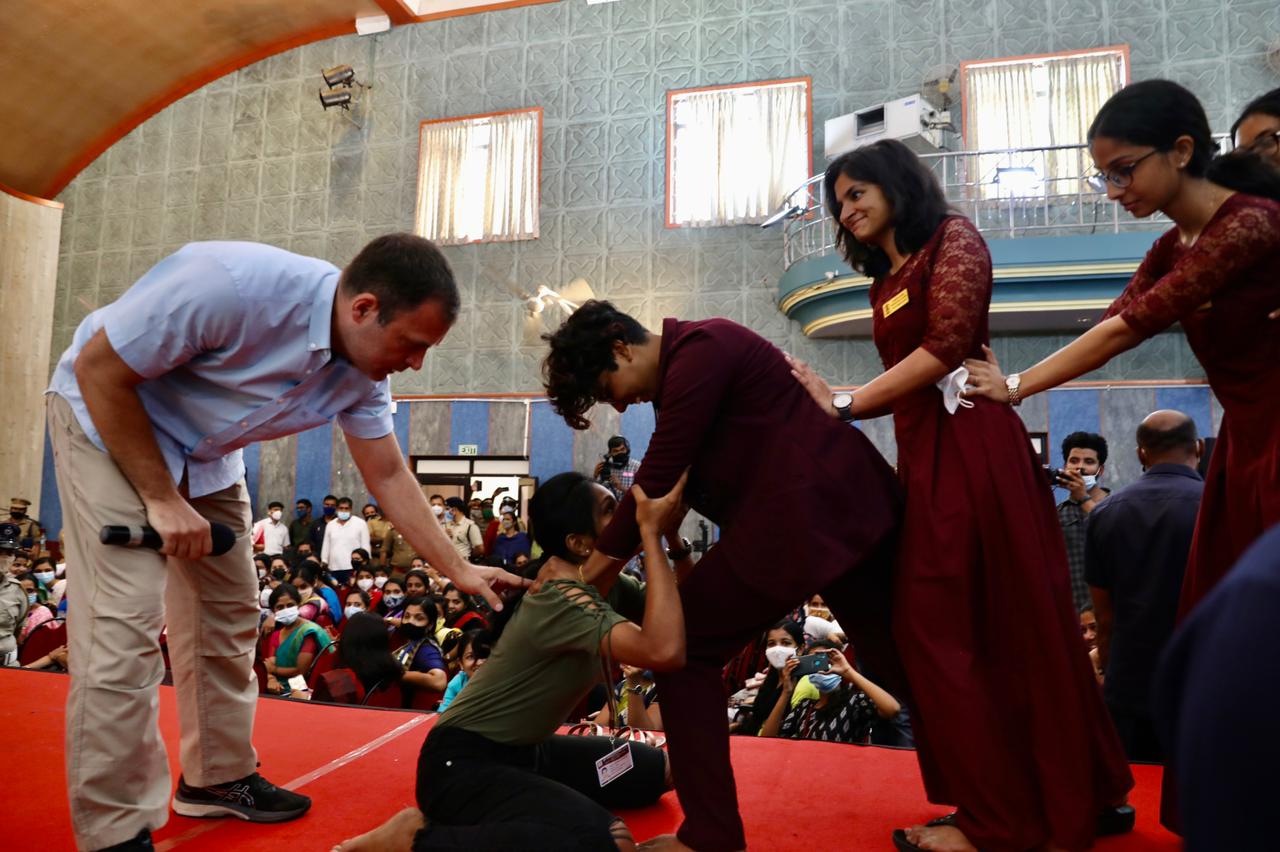 KOCHI: Women are much more powerful than men but are being fooled by them as they do not understand how their power works, former Congress president Rahul Gandhi said here on Monday.

Interacting with students at St Teresa’s College for women, an autonomous institution here, the 50-year-old leader also helped the students learn a basic lesson from a martial art on how to gather inner strength while being pushed aside.

women are much more powerful than men, this is something society won’t tell you.

“I will tell you a secret that men will never tellyou.

Women are much more powerful than men. They are fooling you.

There is a problem. Women do not understand how their power works and where their power comes from. And that is the whole point of empowerment ” Gandhi said.

He was disagreeing with a student who said men and women are equal in society.

According to teachers of the college, when a student requested the Wayanad MP to display some skills useful for the women for self-defence, he taught them a ‘principle’ from a martial art which they can use to protect themselves.

After imparting the lesson to the girl students by staging a demo involving them, Gandhi told them about the need to gather inner strength while being pushed by the society.

“Society is going to push you. I will be right blunt.

Society treats you very badly in India. It insults you every single day. It doesn’t let you do what you want.

The Congress leader, who is on a two-day campaign visit to Kerala for the April 6 assembly elections, exhorted women that they should not be under the illusion that they are less powerful.

“Society wants to convince you that you are less powerful. Don’t buy it,” the former Congress president said.

He, however, advised women not to misuse their power.

“Once you have realised that you are more powerful, then the tendency to misuse it also comes,” Gandhi said.