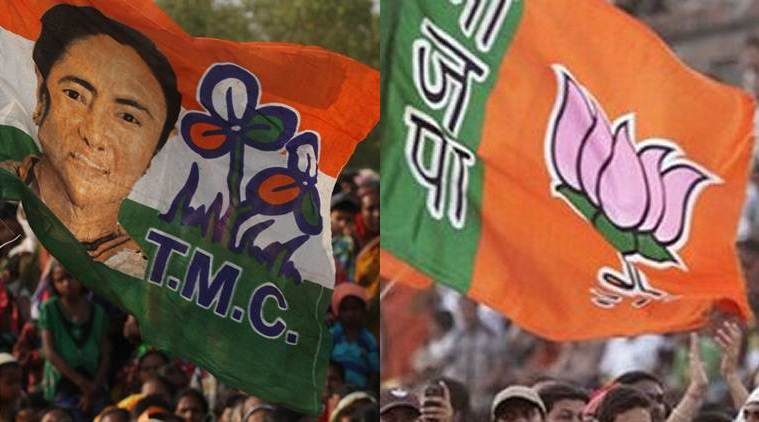 NEW DELHI: The upcoming assembly election in West Bengal is going to see a tough fight between the Trinamool Congress (TMC) and Bharatiya Janata Party (BJP) and the same has been reflected in their party manifestos.

Leaving no areas to attract the attention of the Bengali people, BJP in their manifesto has given a large space to women, announcing that if the BJP comes to power, 33 per cent job reservation will be provided to the women, along with free travelling for them in public transport. It also includes free education from Kindergarten (KG) to Post-Graduation (PG).

The BJP will implement the Ayushman Bharat Scheme and the Pradhan Mantri Kishan Nidhi Scheme which the Mamata Banerjee government has denied implementing in the state. It has also promised the provision of salt at Rs 3 per kg and sugar at Rs 5 per kg.

The BJP has also promised to implement the Citizenship Amendment Act (CAA) in the very first year of its Cabinet and has said that would make strong efforts to strengthen border fencing to stop infiltrators, while Rs 10,000 every year for the refugees family for five years will be ensured.

On the other hand, TMC’s poll manifesto focuses on the youth, students and farmers. The party has promised five lakh jobs in a year and financial assistance to the female heads of any family for the general category will be given Rs 6000 per year and Rs 12,000 every yearfor those belonging to the SC/ST community.

For farmers. the party has said that it would increase aid to them from Rs 6,000 to Rs 10,000 per acre. The manifesto of TMC also promised credit cards for students to get loan up to Rs 10 lakhs with 4 per cent of interest and Health Scheme Swasthya Saathi to continue providing expense of Rs five lakh for the treatment of families.

Both TMC and BJP have claimed that their manifesto is a development-oriented manifesto for the people. While releasing the ‘Sonar Bangla Sankalp Patra’, Union Home Minister Amit Shah said that the manifesto was completed after taking in the suggestions from the people of the state.

Meanwhile, BJP leader Locket Chatterjee has praised the party manifesto, saying that it is an eye-catching manifesto and all the sectors have been taken care of, while importance has been given to all sectors, considering the budget.

Whereas TMC leader Sougata Roy on Sunday slammed the BJP, saying it is a jumla-based manifesto and lamented that outsiders are releasing the manifesto of Bengal, which is “sad for Gujarat”.

TMC MP Abhishek Banerjee also slammed the BJP, tweeting that a jumla-laden manifesto for Bengal polls has been released in the hands of a “Gujarati”.

“Absurd how the Tourist Gang released their jumla-laden manifesto for Bengal polls in the hands of a Gujarati! A party that cannot find sufficient candidates for all 294 seats in Bengal is now faltering to find local leadership for such key events!” he tweeted.

Former Finance Minister P Chidambaram also targeted the BJP over the issue of implementing CAA in Bengal in its first cabinet.

“The BJP has revealed its true face in the party’s West Bengal election manifesto. On the first day of government, the BJP will approve the implementation of the Citizenship Amendment Act (CAA),” he tweeted.

“The CAA will divide the country, discriminate against Muslims and deprive millions of Indians of their birthright of citizenship,” he said in another tweet.