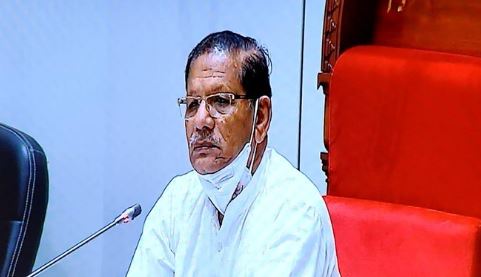 GANDHINAGAR: A leader of the opposition Congress party in the Gujarat state assembly has got an opportunity to sit on the chair of the protem speaker of the house, when their member Anil Joshiyara controlled the house proceedings for over an hour. This historic moment happened for the first time in the BJP reign of almost 25 years in Gujarat.

The present panel of chairperson consists of Dr Nimaben Acharya, Purnesh Modi and Dushyant Patel from the BJP and Dr. Anil Joshiyara from the Congress.

Surprisingly, even though both the speaker, Rajendra Trivedi and Nimaben Acharya were present in the Assembly building, they were absent in the House. While the other two BJP members, Purnesh Modi was absent and Dushyant Patel had already left for his constituency, Bharuch. So, there was no other option but to make Joshiyara chair the house proceedings.

This is the first instance in 25 years of BJP rule that a protem speaker from the panel of chairman chaired the house proceedings in the speaker’s absence.