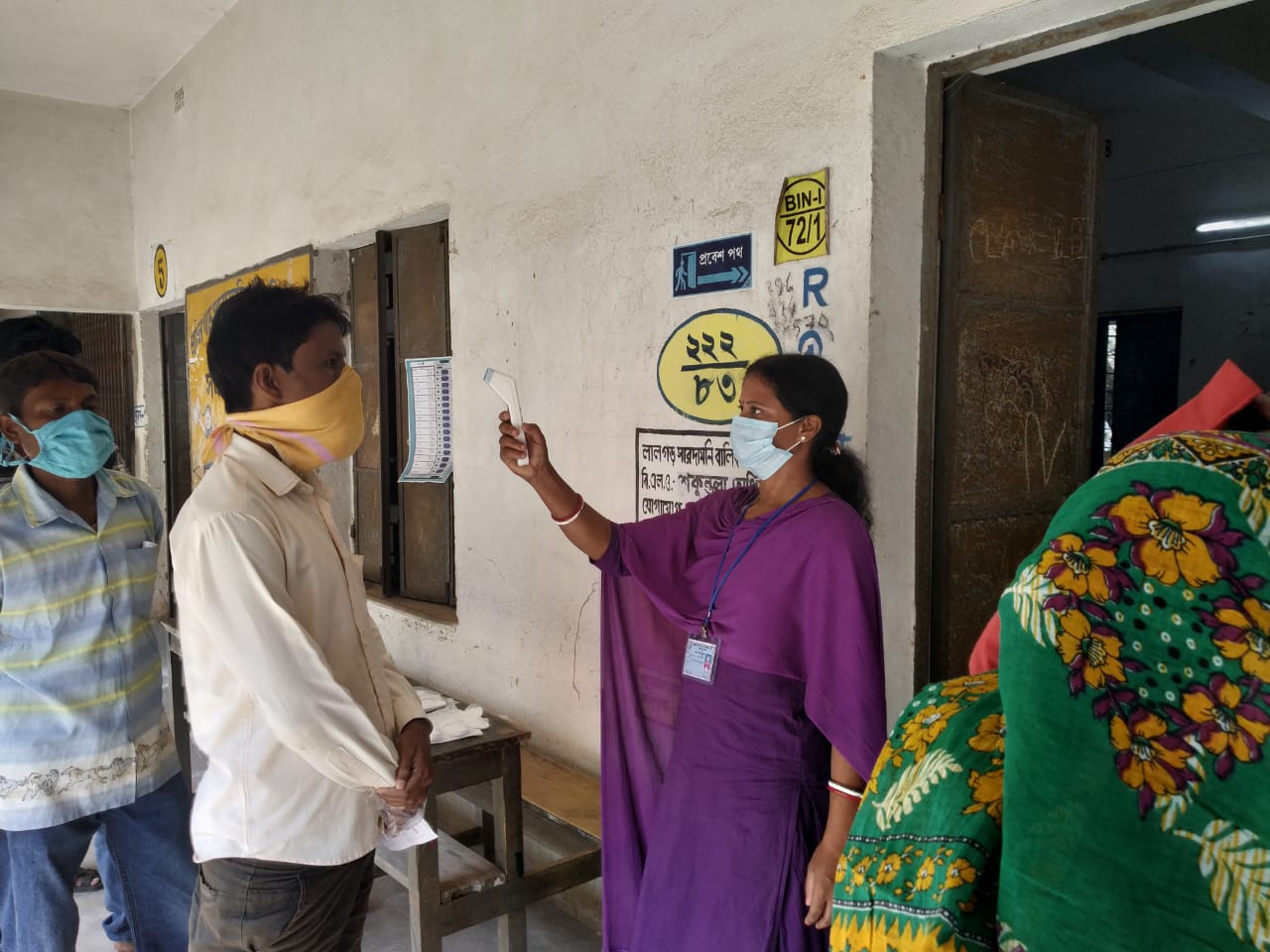 KOLKATA: Voting percentage in 30 assembly seats that went to polls during the first phase of West Bengal elections was 84.13 per cent, according to an updated report of the Election Commission (EC).

Of the 30 seats that went to the polls on Saturday, nine were in Purulia, four each in Bankura and Jhargram, six in Paschim Medinipur, and seven in Purba Medinipur district.

“This is approximate data. We are working on it and the final figure will be released soon,” the official told PTI.

Voting had begun at 7 am and concluded at 6.30 pm, with the timing extended by an hour and thirty minutes to ensure that COVID protocols are followed.

Sporadic incidents of violence were reported from various places that went to the polls during the first phase of the state assembly elections, the EC official said.

Voting was held in 30 seats – several of them part of the once-Naxal-hit Jangalmahal region — amid tight security and strict adherence to COVID-19 guidelines, he said.

At least 10 people were arrested for allegedly being involved in incidents of violence that occurred in various places during the first phase of polling.

The ruling TMC and the opposition BJP are in a fierce fight in the state elections.