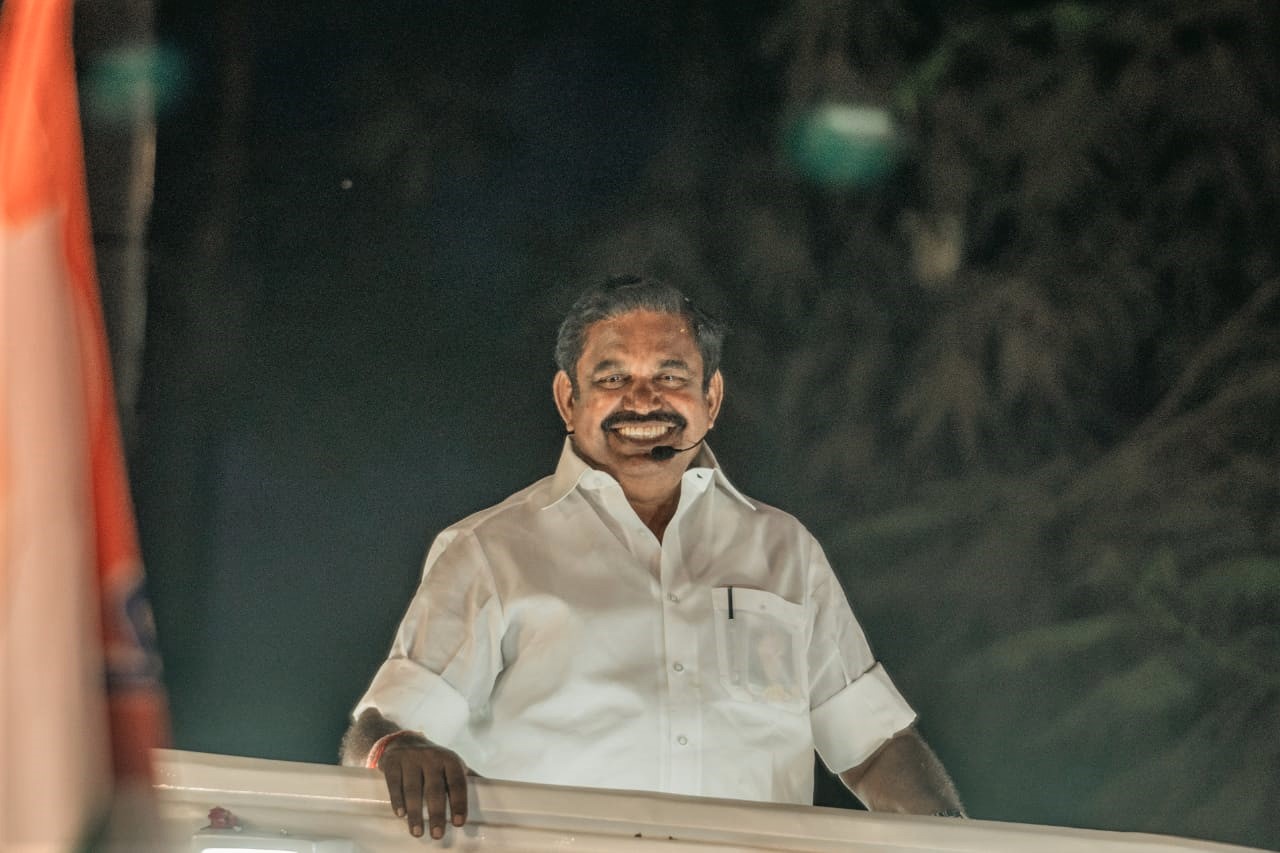 CHENNAI: Targeting his rival MK Stalin on the subject of faith, Tamil Nadu Chief Minister K Palaniswami on Monday said AIADMK members were true believers and lashed out at the DMK leader for certain past controversial acts, including him allegedly ‘wiping off’ kumkum from his forehead.

The AIADMK Joint Coordinator also recalled the alleged attack on late Chief Minister and then Leader of Opposition J Jayalalithaa in the Assembly in 1989, when the DMK was in power.

“If that had been her plight, imagine that of the common man,” Palaniswami, who has launched a full-scale attack against the DMK while seeking a third term for his party in the April 6 Assembly elections, told an election rally here.

Speaking at T Nagar in support of party candidate B Sathyanarayanan, Palaniswami said Stalin has been speaking only about him and that he wished him long life in one of the meetings.

“I am living becasue of the grace of God. We have devotion to God. Unlike you, we don’t wipe off the sacred ash if we go to temple,” he said, apparently referring to a past incident where Stalin allegedly removed the kumkum put on his forehead by some temple priests.

“When Stalin went to the memorial of Thevar (revered leader Pasumpon Muthuramalinga Thevar), Stalin threw away the sacred ash given there,” he charged.

Palaniswami further said that those with devotion to God will also have other charecteristics like compassion and love.

Stalin’s rivals, especially the BJP, had been targeting him for being “anti-Hindu”, with the leader hitting back at them saying there was an attempt to brand his DMK, known for rationalist ideology, and himself in such a colour.

He had recently said that while his wife visits temples, many party leaders sport kumkum and the sacred ash.

Palaniswami, recalling the 1989 episode, said the late M Karunanidhi was the then chief minister, as also the DMK president, when Jayalalithaa was allegedly assaulted in the Assembly.

However, she vowed to return to the House as chief minister and did so two years later, he said at another election stop in the city.

Taking a swipe at Stalin for not favourably responding to his calls for a debate on charges levied by the former against the government, Palaniswami said he was open for a discussion anywhere.

“We have nothing to hide. I have said in many places that I’m ready for a debate on any dais. You are accusing us of irregularities, come to a common stage and point them out, am ready to reply. Let people give the judgement.. you should also respond to my charges regarding your (DMK)rule,” he said.

“But he is not responding. He has no stuff, so he is unable to come,” the chief minister said.