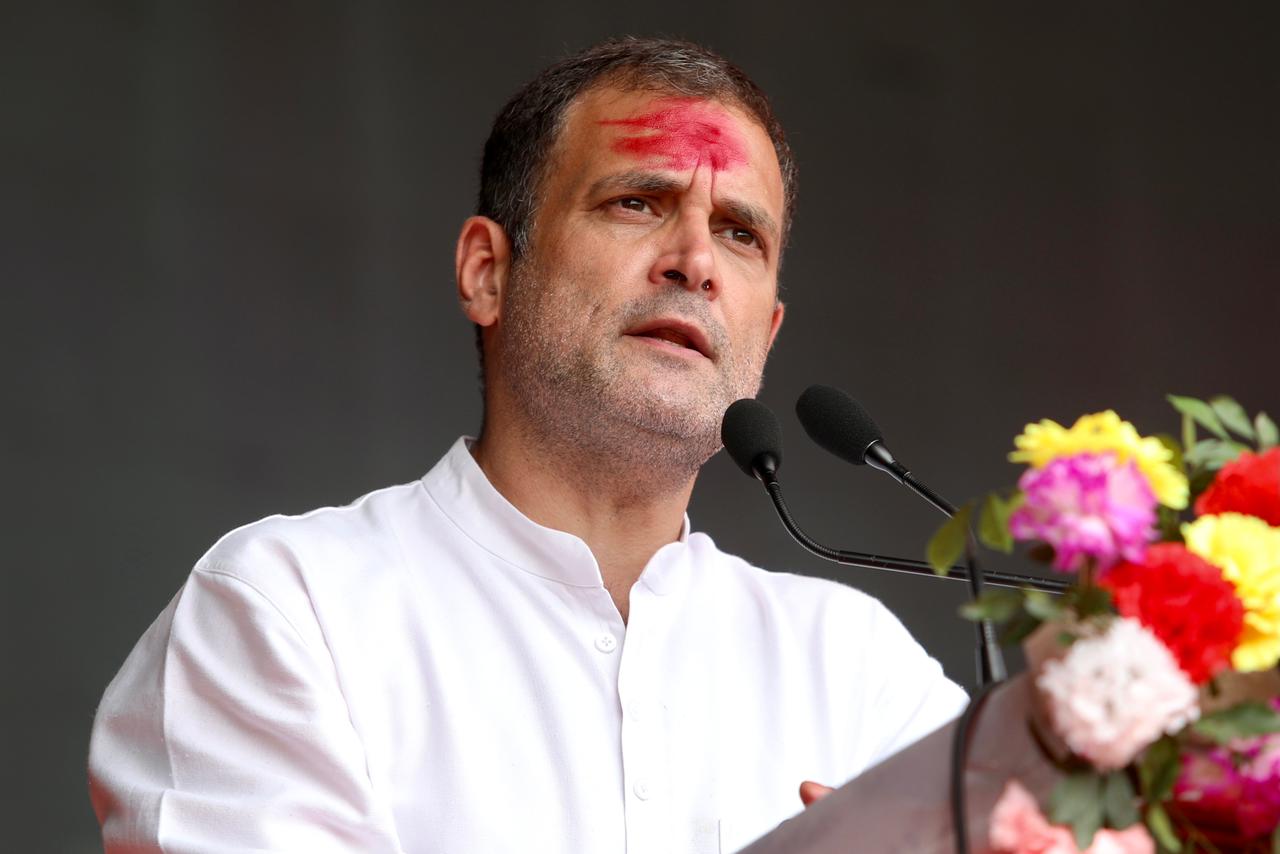 CHAYGAON/BARKHETRI: Upping the ante against the BJP, Congress leader Rahul Gandhi on Wednesday asserted that he is not like Prime Minister Narendra Modi, who “lies to India 24/7”.

Gandhi, while addressing an election rally in Chaygaon constituency in Assam’s Kamrup district, urged people to listen to him if they want to hear the truth.

“I haven’t come here to lie to you. My name is not Narendra Modi. If you wish to hear him lie about Assam, farmers or any other issue, switch on the television. He lies to India 24/7. If you want to listen to the truth, hear me out,” he said.

As promised, the Congress had waived farm loans within six hours of assuming power in Chhattisgarh, while the former UPA government had waived Rs 70,000 crore agricultural loans after the farmers had requested for it, he said.

“People from different languages, ethnicities and ideologies are peacefully listening to me. This is Assam. But the BJP makes one brother fight another and spreads hatred.

They give tea garden contracts to outsiders.

“Assam will elect its own chief minister when the Congress comes to power. The state won’t be governed by Nagpur (RSS headquarters) or Delhi,” he said.

He claimed that the Congress has made its poll promise of five guarantees in consultation with tea garden workers, youth and women.

“People want that Citizenship (Amendment) Act shouldn’t be implemented, youth must get jobs, minimum wages of tea garden workers must be raised to Rs 365, each household should get 200 units of free electricity and housewives should get financial assistance of Rs 2,000. We have accepted your demands. Our chief minister will fulfil them,” he said.

Referring to Dipanjal Das, an anti-CAA protester from Chaygaon who was killed in police firing in Guwahati during the stir in December 2019, Gandhi said, “Dipanjal had stood peacefully for Assam but RSS-BJP shot him dead. For what he sacrificed his life, we will never allow that (CAA) to be implemented.”

In another rally in Barkhetri constituency in Nalbari district, Gandhi alleged that Modi has dried up employment avenues, particularly in Assam, through demonetisation and imposition of the GST and other taxes.

“Modi has finished all employment avenues and handed over your airports, tea gardens and even oil to his two-three industrialist friends,” he said.

Voting in 39 assembly constituencies will be held in the second phase on Thursday. Forty seats will go to polls in the third and last phase on April 6.