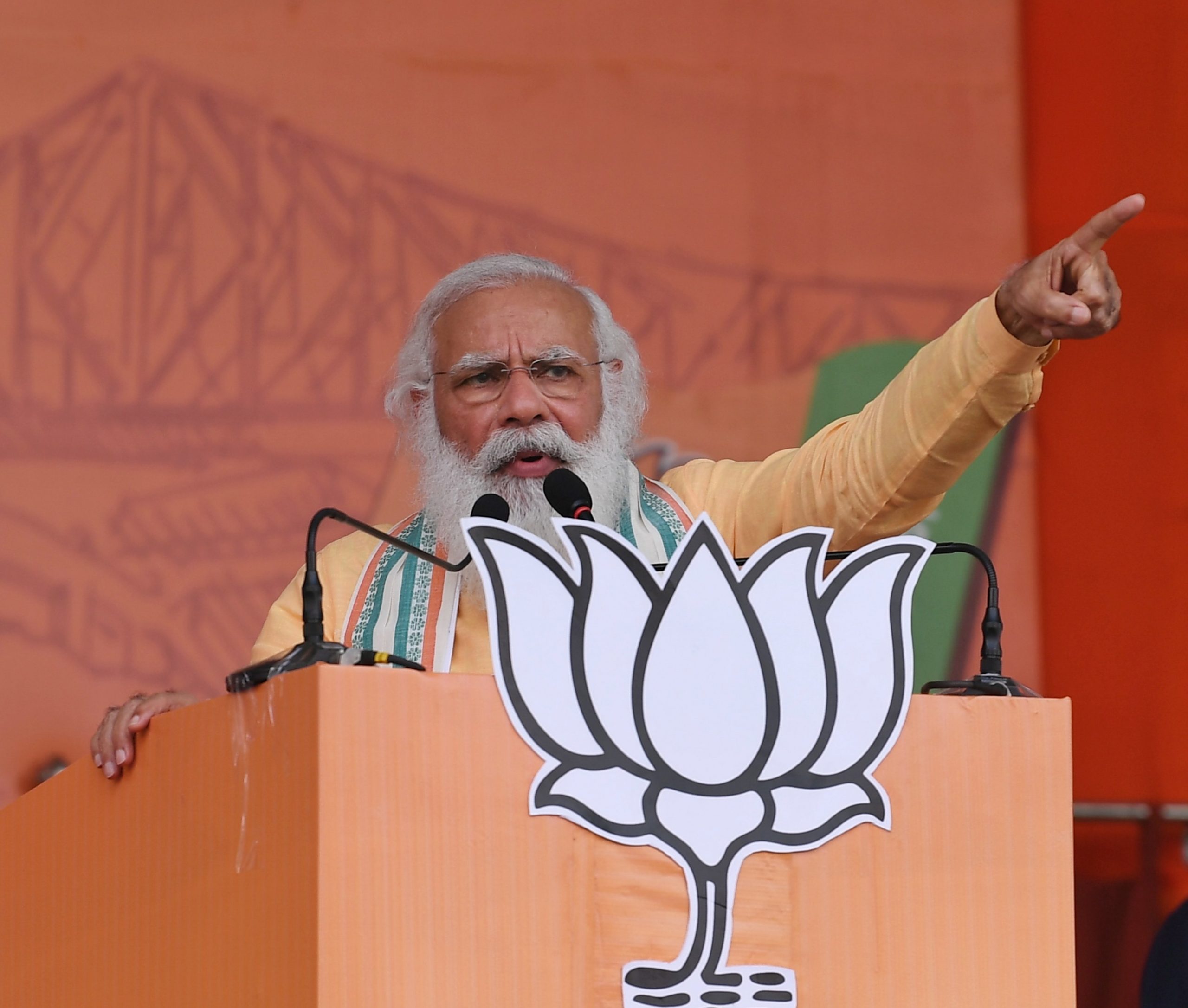 He claimed the TMC supremo hurt people’s self-respect by claiming they are attending BJP rallies after taking money.

The prime minister also mocked Banerjee for her frequent criticism of the Electronic Voting Machines and the Election Commission.

“She keeps criticising EVM, the EC….If players keep criticising umpires, you should know their “Khela Sesh” (game’s over),” he told an election rally here in Hooghly district.

Referring to the Singur movement of 2006-08 that forced Tata Motors to move out its proposed small car Nano’s production unit from there, Modi said the TMC used the place for political purpose and then left the people to fend for themselves.

“Didi and her party’s obstructionist mindset blocked several industrial, infrastructure and connectivity projects. I have never seen a party which takes pride in stopping industries and development.

“We all know what happened in neighbouring Singur. They used it for furthering their politics and then left the people in limbo. Today, it has no industries and farmers are in distress,” he said.

Seeking to punch a hole in the TMC’s poll plank of Bengali pride, Modi claimed Banerjee hurt people’s self- respect by claiming they attend BJP rallies after taking money.

“Didi has got jittery after sensing defeat. That’s why she is criticising everybody and everything, from EC to EVMs. She is abusing me. But while abusing me, she has hurt the self-respect of the people of Bengal by saying they are taking money to attend our rallies.

“Do people of Bengal take money to attend rallies, Didi? Who are you insulting while abusing me? You are insulting the people of the state,” he said.

Modi said he sensed the outcome of Bengal elections the day polling was held in Nandigram.

Banerjee is locked in a keen tussle in Nandigram with her one-time loyalist Suvendu Adhikari who has joined the BJP.

Exuding confidence about forming the next government in Bengal, the prime minister said he will attend the oath- taking ceremony of the BJP government and request it to implement the PM Kisan Nidhi scheme as early as possible.