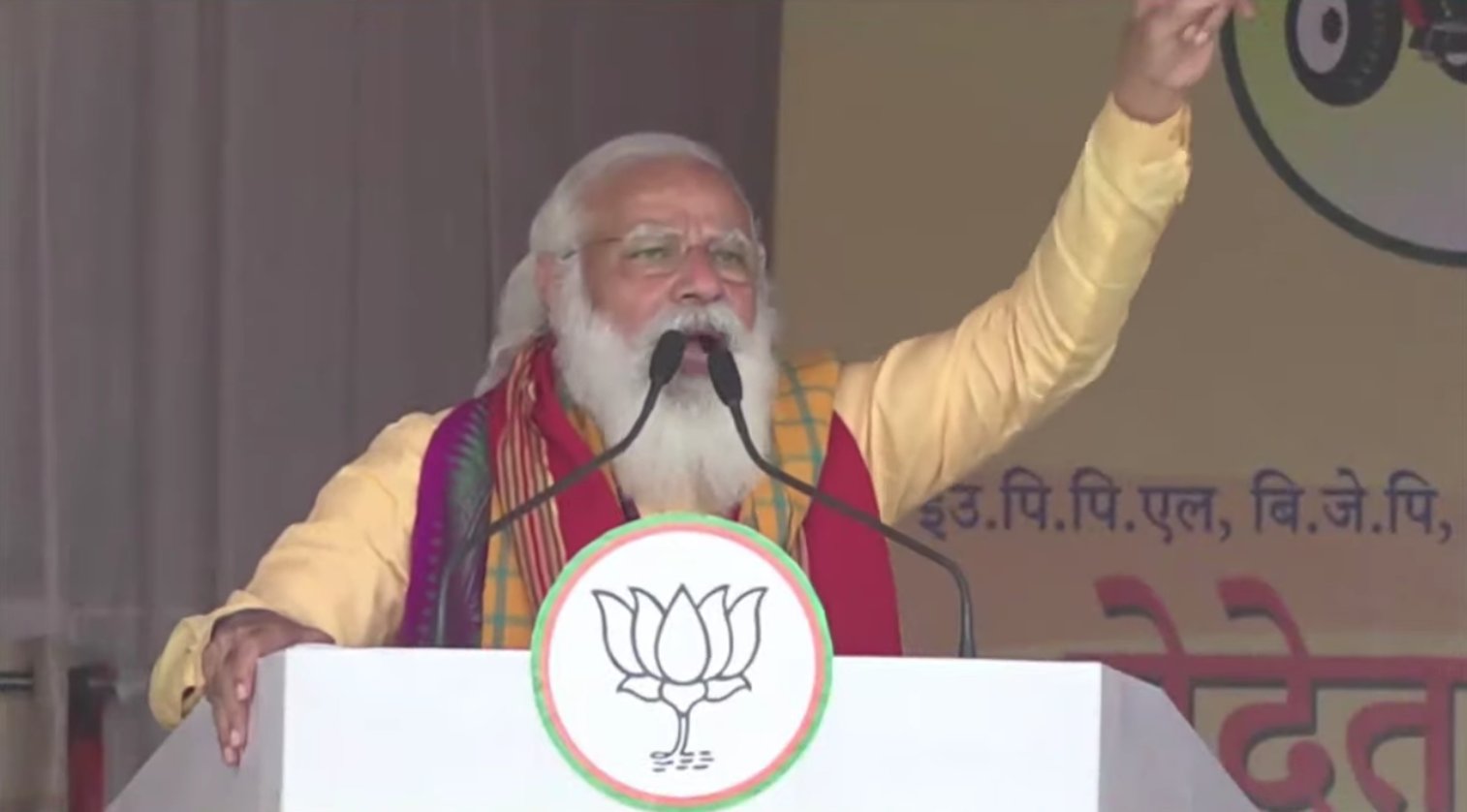 TAMULPUR: Prime Minister Narendra Modi on Saturday made a fervent appeal to militants in Assam who have not surrendered yet to return to the mainstream as they are needed to create an ‘Atmanirbhar Assam’.

Addressing an election rally here in Baksa district, the prime minister said people of the state have rejected violence for development, peace, unity and stability.

The NDA government, he asserted, formulated policies that are non-discriminatory and for all sections of society.

Glimpses from Tamulpur today!
The last rally of Hon'ble @narendramodi Ji in the current campaign in Assam was jampacked as always. No PM has nurtured & developed Assam & the NE like Modi Ji & the public here have unstinted faith in him.
Sabka Saath, Sabka Vikas, Sabka Vishwas🙏🙏 pic.twitter.com/38LsHgIgnK

“It’s unfortunate that those who divided society and threw crumbs of development at particular sections for their vote bank politics are said to be practising secularism while we, who ensure that development reaches all, are termed communal,” Modi said, attacking the Congress over long years of violence in the state.

“The NDA government has strived to holistically empower every section of society with our mantra ‘Sabka Saath, Sabka Vikas, Sabka Vishwas’. This game of secularism and communalism has hurt the nation a lot,” he said.

During the last five years, the “double engine” NDA governments at the Centre and in the state have resulted in “double benefit” for Assam, the prime minister said.

He came down heavily on those claimimg what people who will form the next government will look like and wear.

Modi was apparently referring to the comments by Abdur Rahim, the son of AIUDF founder and MP Badruddin Ajmal, a Congress ally, who Friday asserted “dadhi, topi and lungi wallahs” will form the next government in the state.

“There cannot be a bigger insult to Assam. The people of Assam will not tolerate those who insult Assam’s pride and identity and will give them a befitting reply through the ballot,” he said.

The people of the state have decided to vote the NDA to power again, he asserted.

“I say this on the strength of the love, affection and enthusiam they have shown for the NDA in the two phases of polling already held. They are with development, stability, peace, harmony and unity,” he added.