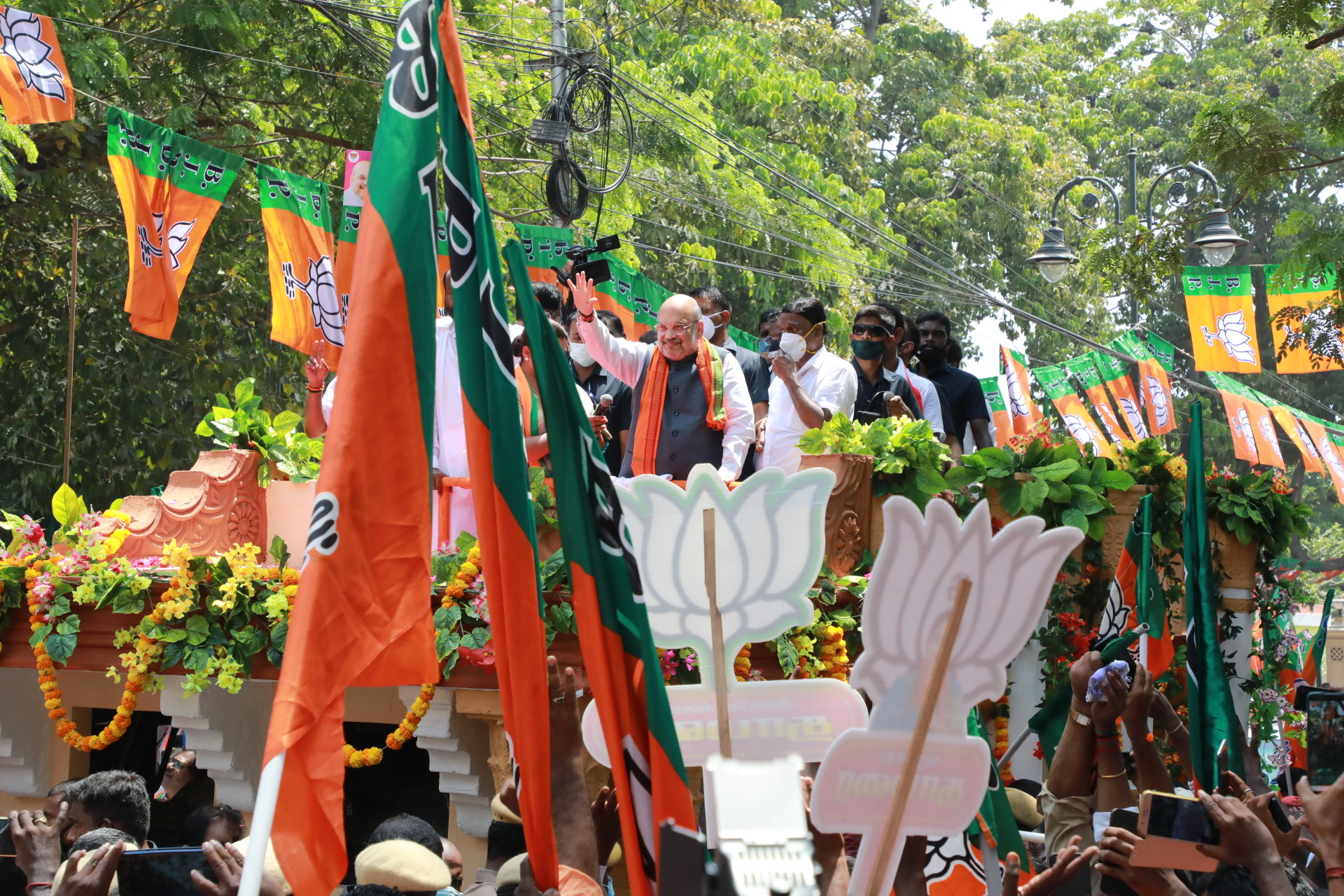 CHENNAI: Union Home Minister Amit Shah on Saturday attacked the DMK-Congress combine over “corruption and dynasty” and said only the AIADMK-BJP alliance can “protect” those who believe in the culture of Tamil Nadu.

Speaking to reporters after attending a road show here in support of BJP’s Thousand Lights candidate Khushbu Sundar for the April 6 Assembly elections, the senior leader appealed to the people of the state to ensure a ‘double engine’ government for Tamil Nadu’s development.

AIADMK, BJP and PMK are facing the polls as allies under the NDA banner.

Addressed a rally in Tirunelveli.

On one side there is NDA, committed to serving the poor and farmers of Tamil Nadu and on the other side is UPA, devoted to serve two families.

I am confident that the people of the state will again reject the corrupt and dynastic UPA. pic.twitter.com/zrxmFaqOT9

“Only the AIADMK-BJP alliance can protect Tamil Nadu’s fishermen, unemployed youth, women and all those having faith in Tamil Nadu’s culture,” he said and appealed to the voters to choose the NDA candidates with a massive majority.

The Home Minister lauded Chief Minister K Palaniswami and his deputy O Panneerselvam for taking the state on the path of development and for the effective handling of the COVID-19 pandemic, saying Tamil Nadu has been at the ‘forefront’ of the fight against the contagion.

“Tamil Nadu’s growth is possible only when we defeat the corrupt and dynastic DMK and Congress,” he said.

The development initiatives launched by Prime Minister Narendra Modi across the country should come to Tamil Nadu to fulfill the dreams of the ‘great’ late chief ministers M G Ramachandran and J Jayalalithaa, both AIADMK stalwarts, had for Tamil Nadu, he added.

Earlier, the BJP veteran travelled atop an open van with Sundar and AIADMK candidates from nearby constituencies at the well-attended roadshow.

Amid chants of ‘Bharat Mata ki jai’ and fluttering flags of alliance parties being carried by the respective outfits, Shah attended the road show in the last leg of the campaign, which ends tomorrow, here.

BJP has fielded Sundar, an actor-politician, from this constituency, where she will be taking on DMK’s Dr N Ezhilan.

Elections to 234 Assembly seats in Tamil Nadu are scheduled on April and the counting of votes will be done on May 2.