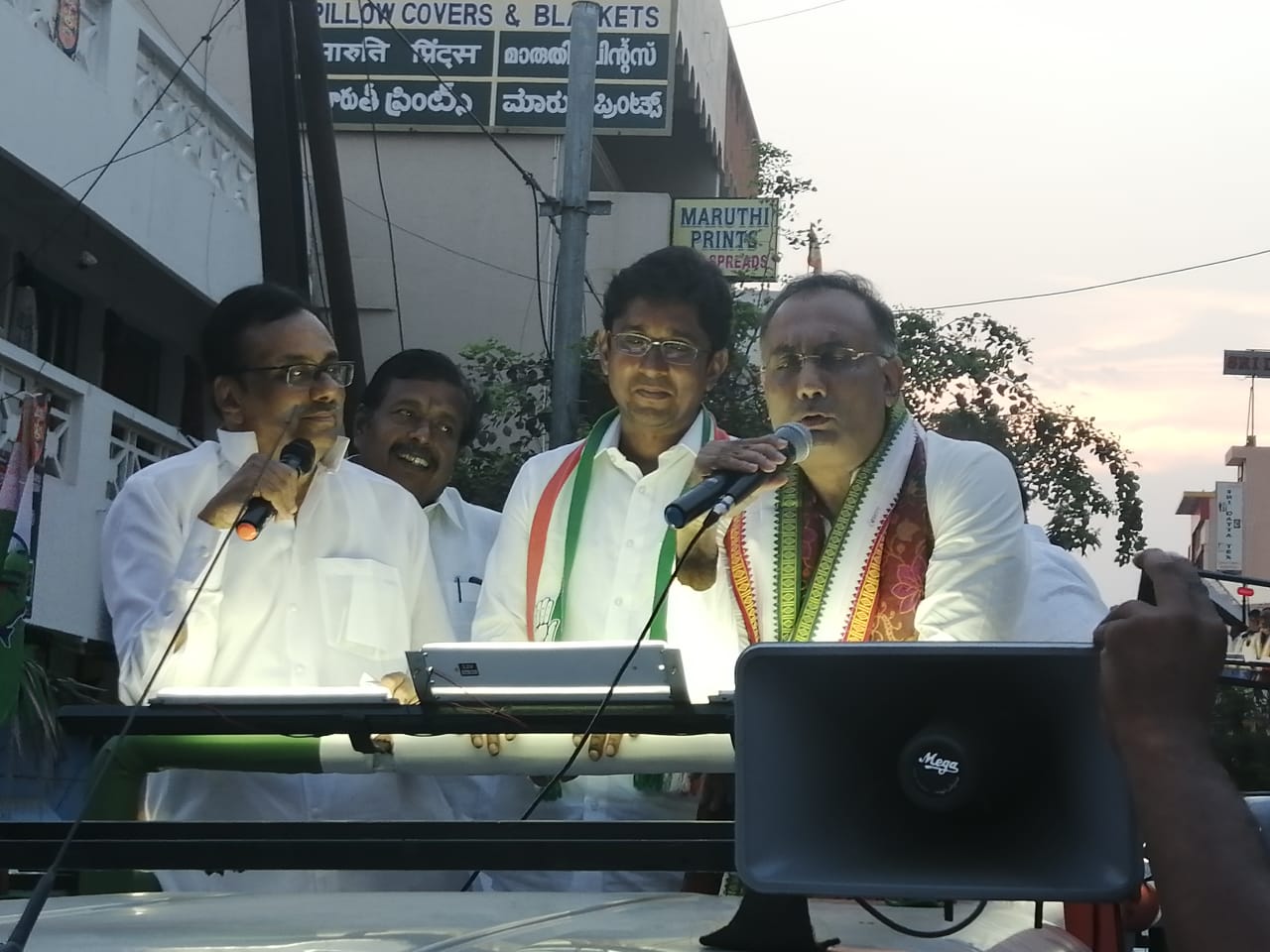 ERODE: People of Tamil Nadu do not accept the AIADMK-BJP alliance, and the DMK-led front would emerged victorious in April 6 Assembly elections, said Dinesh Gundu Rao, AICC in-charge of the state, on Saturday.

Seeking votes for Thirumagan Evera, the Congress candidate for Erode east constituency, he said Thirumagan is the great grandson of radical EVR Periyar and son of former TNCC president E V K S Elangovan, both noted for honesty and self-respect.

The Congress leader criticised the income-tax raid on the house of DMK president M K Stalin’s daughter and said the BJP has destroyed democracy by using the government agency to arrange the raid just to defame the Secular Progressive Front consisting of the DMK-Congress and other parties.

Gundu Rao said he was confident of the DMK alliance getting over 180 seats in Tamil Nadu and forming the government in the state.

Thirumagan Evera said, “If I am elected, I will get only the government salary for an MLA post and I will not accept any bribe.