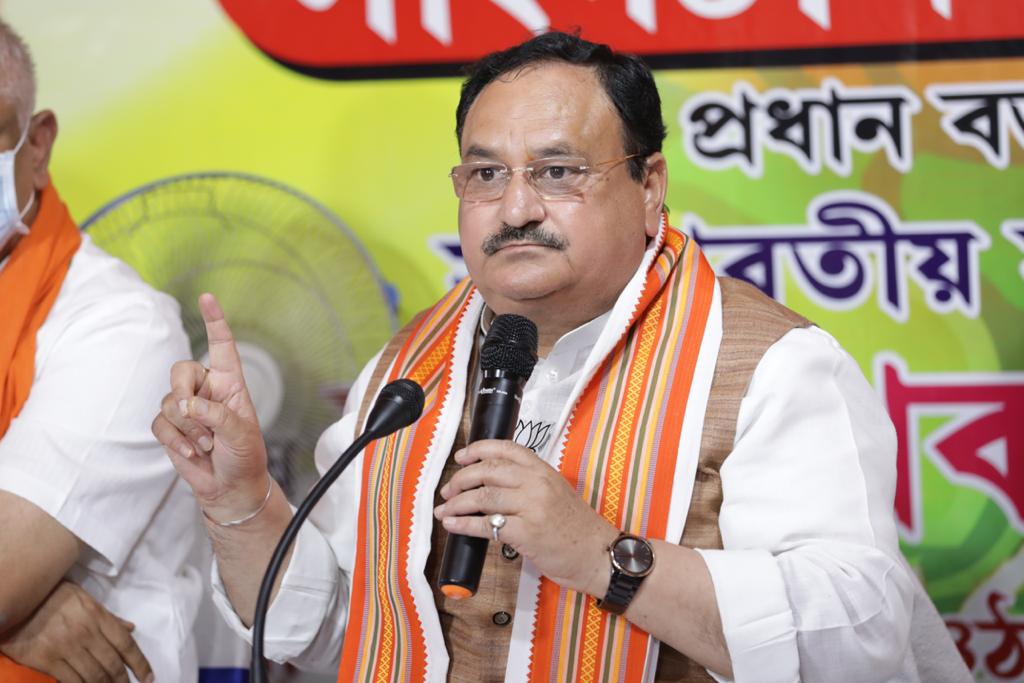 KOLKATA: The BJP on Monday cancelled both the rallies of party president J P Nadda in Hooghly district after he had to rush back to New Delhi for an “urgent meeting”.

The BJP party chief’s meeting at Sreerampur in the morning was cancelled due to unknown reasons.

Nadda, however, participated in a roadshow in the afternoon to canvass for Union minister Babul Supriyo and actress Payal Sarkar, a poll debutant, who are contesting from Tollygunge and Behala Purba assembly constituencies respectively.

The roadshow in the Tollygunge area of the city covered a little more than 4 km from Toyllygunge’s tram depot to Garia More.

His rally later in the evening at Chunchura also in Hooghly district, was also cancelled. The state BJP said his rallies were cancelled as he had to rush back to Delhi to attend an “urgent meeting” without giving any details of the meeting.

The TMC, however, said Nadda did not attend rallies as attendance at these meets were thin.