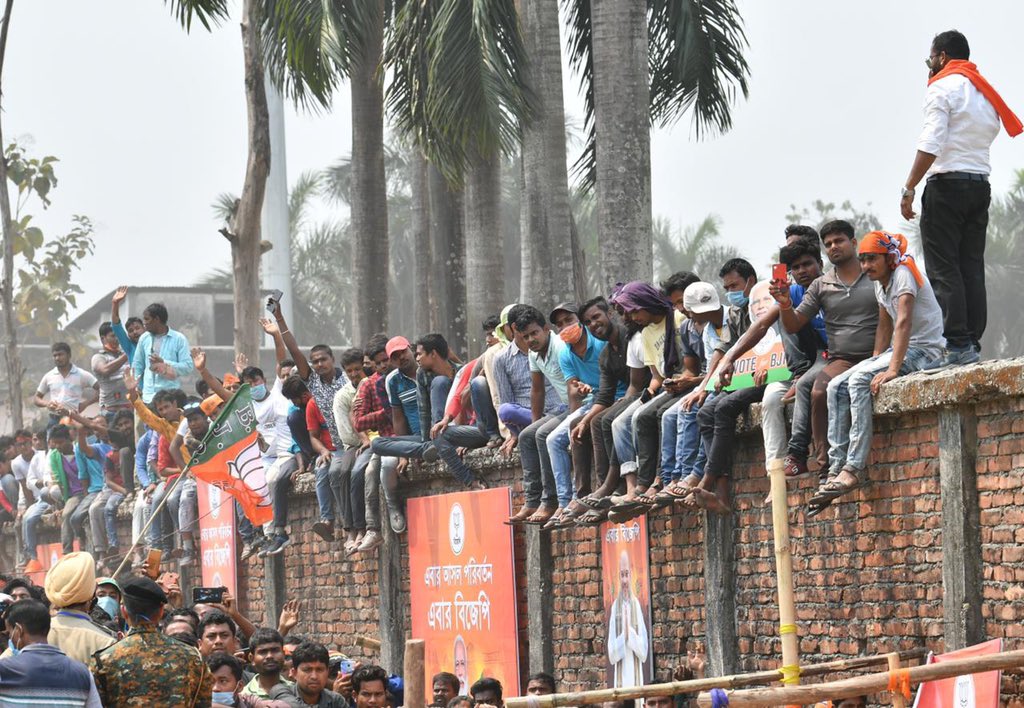 He also said that a Rs 2,500 crore fund will be set up for promotion of the annual Ganga Sagar Mela.

Speaking to reporters on certain points of the party’s poll manifesto in Kolkata, the national in-charge of the BJP’s Information & Technology department said that the party has several plans to develop West Bengal and preserve its culture and heritage.

“We have drawn up plans to make Kolkata the financial hub of the East in the next five years. A corpus of Rs 300 crore will also be set up for the development of Information Technology parks, besides the existing ones,” he said.

He said that plans are also there to create a fund of Rs 22,000 crore for the upgradation of Kolkata’s infrastructure, while Rs 1,500 crore will be spent for setting up the ‘Clean Kolkata Fund’ and Rs 1,000 crore for the revival of the Adi Ganga river.

The Adi Ganga, also known as the Tolly’s Nullah, was the main flow of the Hooghly river between the 15th and 17th century but it virtually dried up due to natural reasons.

The BJP, after coming to power, will also expedite the construction of 675 km long corridor between Kolkata and Siliguri, the main city in North Bengal, said Malviya, the partys co in-charge of the state.

He said that Rs 500 crore will be spent for preservation of heritage buildings, Rs 100 crore for beautification of parks and Rs 11,000 crore for setting up the ‘Sonar Bangla’ (Golden Bengal) Fund to make the state a vibrant tourist destination.

He said that Rs 100 crore will be spent on renovating old temples of West Bengal and a Purohit Welfare Board will be set up to provide priests with Rs 3,000 per month, the BJP leader said.

Malviya said that ‘kirtan’ singers will also be paid a monthly pension of Rs 3,000 on attaining the age of 60.

The BJP government of West Bengal will collaborate with the Centre to get the Bangla language recognised as an official language of the United Nations, and it will be made compulsory till class 10 in all schools of the state, he said.

The saffron party leader also said, without elaborating, that a fund of Rs 1,000 crore will be set up to showcase the historical journey of Netaji Subhas Chandra Bose.

A Rs 50 crore fund will be set up for the artists of Kumartuli, the clay modellers colony in North Kolkata, Malviya said.

While Rs 250 crore will be spent for building a museum on social reformer Thakur Panchanan Barma of Cooch Behar, Santiniketan will be developed with a fund of Rs 50 crore, the BJP leader said.

A fund of Rs 1000 crore will also be formed for the welfare of artists of the state, he added.

He alleged that the policy of appeasement pursued by the Mamata Banerjee government destroyed everything that stands for the Bengali culture.

“The Durga Puja was overlooked and priority was given to the festivals of the minorities. She prioritised Muharram over Durga Puja and failed the majority people of the state as a chief minister,” he said.