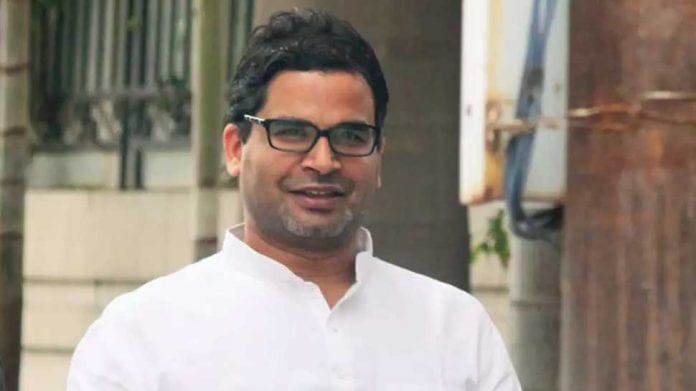 NEW DELHI: A controversy erupted on Saturday amid the polling for 44 assembly seats in West Bengal, with the BJP releasing an audio clip where Trinamool Congress’ election strategist Prashant Kishor is purportedly heard saying Prime Minister Narendra Modi is “as popular as” Chief Minister Mamata Banerjee in the state.
Sharing excerpts of Kishor’s chat with some journalists, BJP’s IT cell chief Amit Malviya claimed that “TMC’s election was just thrown away!”
Kishor dared the BJP to release the full record of the chat on Clubhouse, a social media platform, and claimed that the saffron camp would not get more than 100 assembly seats in the ongoing elections.
In the purported audio clip, which the PTI could not independently verify, Kishor is heard, saying “Modi is hugely popular in Bengal, and there is no doubt about it. He is equally popular like Mamata Banerjee”.
“Modi is hugely popular in Bengal, and there is no doubt about it. There is a cult around him across the country. There is anti-incumbency against TMC, polarisation is a reality, SC votes is (are) a factor plus BJP’s election machinery, says Mamata Banerjee’s strategist in an open chat,” Malviya said on Twitter after releasing the audio clips.
“In a public chat on Club House, Mamata Banerjee’s election strategist concedes that even in TMC’s internal surveys, BJP is winning. The vote is for Modi; polarisation is a reality, the SCs (27 per cent of WB’s population), Matuas are all voting for the BJP! BJP has cadre on the ground,” he said.
Kishor mocked the BJP saying the saffron party is taking his chat more seriously than the words of its leaders.
“I am glad BJP is taking my chat more seriously than the words of their leaders! They should show courage & share the full chat instead of getting excited with selective use of parts of it,” he said on the microblogging site.