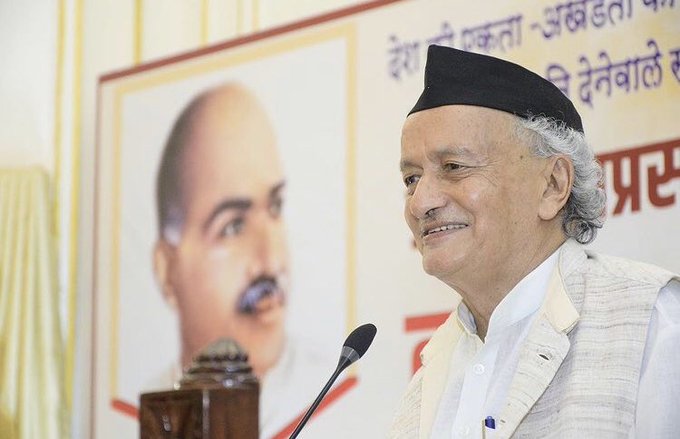 State Legislative Assembly’s Deputy Speaker Narhari Zirwal read out the order of prorogation of the session, which began here on Monday.

The winter session of the legislature will begin from December 7 in Nagpur, Zirwal said.

In the Legislative Council, chairman Ramraje Naik Nimbalkar read out the order of prorogation.

Earlier in the day, Deputy chairman Nilam Gorhe appealed to the members of the Upper House to submit supplementary demands in writing to Shabhuraj Desai, Minister of State Home (Rural), Finance, Planning.

During the two-day session, the state legislature passed two crucial resolutions, seeking removal of the Supreme Court-set 50 per cent cap on caste-based reservations in jobs and education, and asking the Centre to provide the 2011 Census data on OBCs to the state.

The opening day of the two-day monsoon session on Monday witnessed a high drama as 12 BJP MLAs were suspended from the Assembly for one year after the state government accused them of “misbehaving” with presiding officer Bhaskar Jadhav in the Speaker’s chamber.

Leader of Opposition Devendra Fadnavis had termed the allegation as false and said Jadhav’s account of the incident was “one-sided”.

On Tuesday, legislators of the opposition BJP held a ‘parallel session’ outside the House in the Legislature premises as a mark of protest against the suspension of its 12 MLAs.