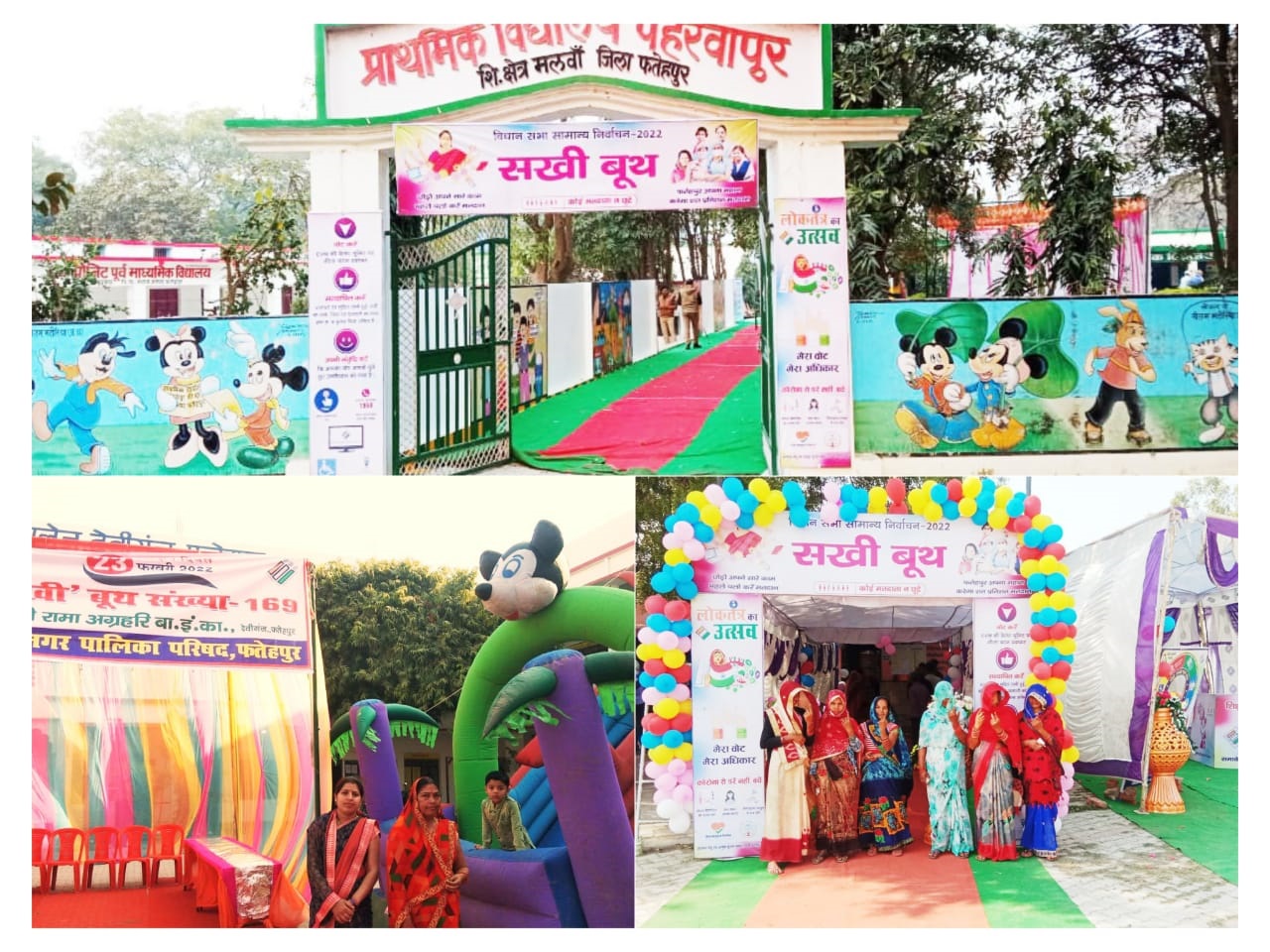 NEW DELHI: Over 61.5 per cent polling was recorded in 59 Assembly constituencies during the fourth of the seven-phase elections in Uttar Pradesh on Wednesday, according to the Election Commission.

The poll panel’s voter turnout app showed 61.52 per cent voting after it was updated at 11.30 pm.

With the completion of the fourth round of polling, 231 Assembly constituencies out of 403 in the state have voted. The last three phases of voting will be held on February 27, March 3 and March 7.

As many as 624 candidates were in the fray in this phase.

Around 73.67 per cent of votes were cast till 5 pm in polling station number 266 of the Karhal Assembly segment in Mainpuri district where a repolling was ordered by the Election Commission.

Polling in Karhal, where Samajwadi Party chief Akhilesh Yadav is in the fray against Union minister and BJP’s S P Singh Baghel, was held in the third phase on February 20.

While poll panel officials claimed that voting was largely peaceful, the Samajwadi Party has alleged certain irregularities in some areas of Lucknow, Unnao, Hardoi and Sitapur and demanded action.

According to the Election Commission, 2.3 crore people, including 1.14 crore men and 99.3 lakh women, were eligible to vote in this phase, for whom 24,643 polling booths and 13,817 polling centres were set up in this phase.

In Lakhimpur Kheri, where eight people, including four farmers, were killed during a violence in October last year, Union Minister and BJP leader Ajay Mishra cast his vote.

His son Ashish Mishra is an accused in the case of violence and was arrested. Earlier this month, Ashish was granted bail by the Allahabad High Court, prompting families of the deceased farmers to move the Supreme Court.

Ajay Mishra did not speak to the media, neither while going into the polling booth at a school in Banwaripur nor when he came out after casting his vote.

Of the 59 seats where polling was held in this phase, the BJP had won 51 in the 2017 Assembly elections, Samajwadi Party four, Bahujan Samaj Party three, and the remaining one had gone to the BJP’s ally Apna Dal (Sonelal).