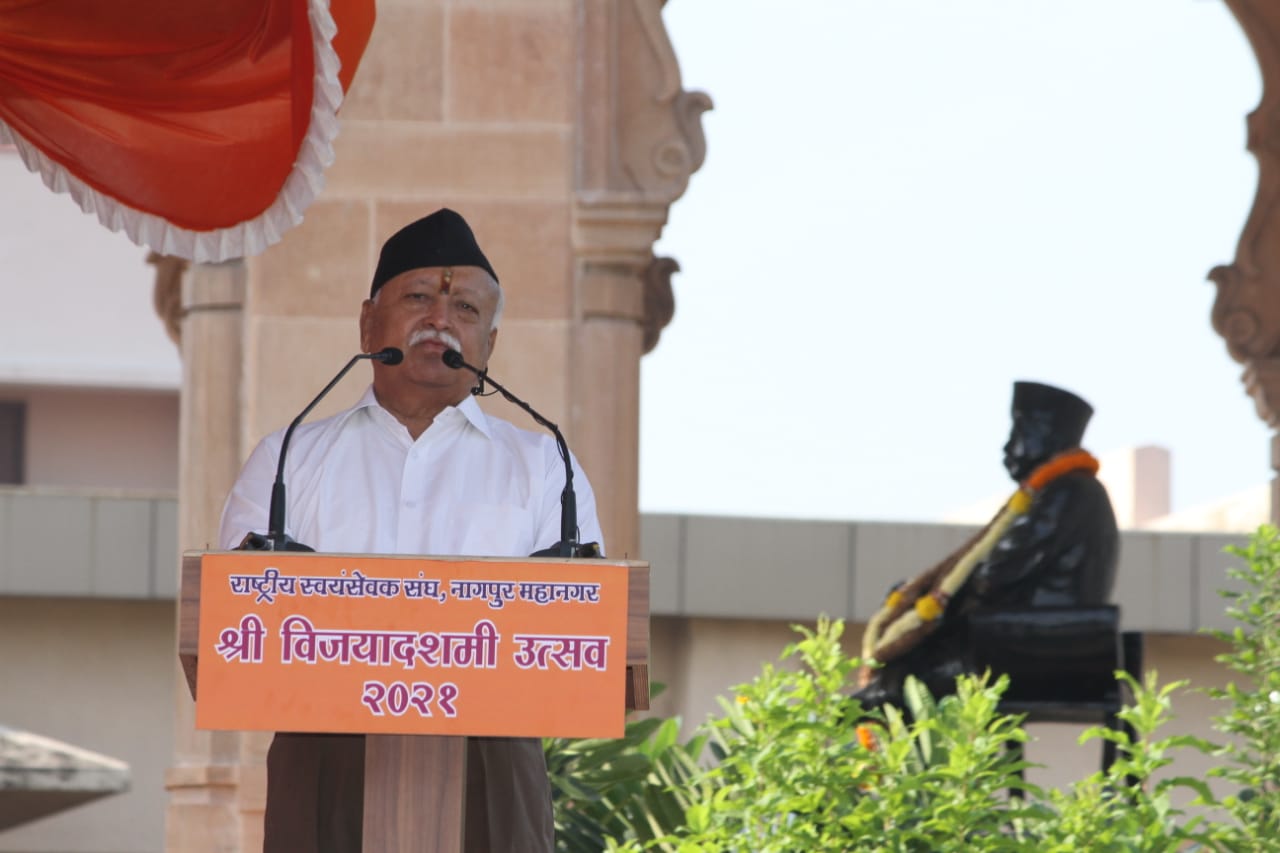 JAMMU: Kashmiri pandits will be able to return to the valley soon, RSS chief Mohan Bhagwat said on Sunday, asserting that work is on to create a conducive atmosphere so that they are never displaced again.

Anyone harbouring the ill-motive of driving out the community again from Kashmir will have to face severe consequences, he said addressing Kashmiri pandits virtually on the last day of the three-day Navreh’ celebrations.

He also praised The Kashmir Files’ movie, saying it has created public awareness across the country and outside about the reality behind the exodus of Kashmiri pandits from the valley in 1990.

The Rashtriya Swayamsevak Sangh (RSS) chief said that the time has come for Kashmiri Pandits to fulfil the pledge of returning to their homes in the Kashmir valley.

The time for your return to the valley as a Hindu and a Bharat Bhakt’ is approachingyou have faced displacement in the past but in the future, nothing like this should happen with you, he said.

“Work is in progress to create such an atmosphere where you will feel secure and live peacefully with your neighbours like in the past and nobody will be able able to dislodge you again from there.

Anyone harbouring such an ill-motive will face bitter consequences. There are people (among the Muslim community) with whom you were enjoying good relations. We have to defeat extremism and live peacefully with everyone, he said.

Referring to his participation in the Kashmiri pandit festival Herath’ (Shivaratri) in 2011 in Delhi, he said the community had taken a pledge on the occasion that they will return to their homeland.

It won’t take many days for the fulfilment of our pledge. It will come true very soon and we have to continue making attempts in this direction. Our history and our great leaders should serve as the guiding light and inspiration for all of us, Bhagwat said in his over half-an-hour speech.

He said the removal of Article 370 “opened the way for the return of the pandits to the Kashmir valley”.

Challenges do come in everyone’s life … We are in a situation where we were displaced in our own country three-four decades ago. What is the solution? he said and added, We will not succumb and see our pledge fulfilled by returning to our homes.

He referred to Israel and said the Jews struggled for 1800 years for their homeland. Nothing much was done in 1700 years by them for their pledge, but over the past 100 years, the history of Israel saw it achieving its target and also becoming one of the leading countries in the world.

We (Kashmiri pandits) have had to live in different parts of the globe despite the fact that Kashmir is an integral part of India. We can live anywhere but we cannot forget our homeland, he said.

Though it was taking some time, Kashmiri pandits will be back in their homeland on their own conditions, Bhagwat said.