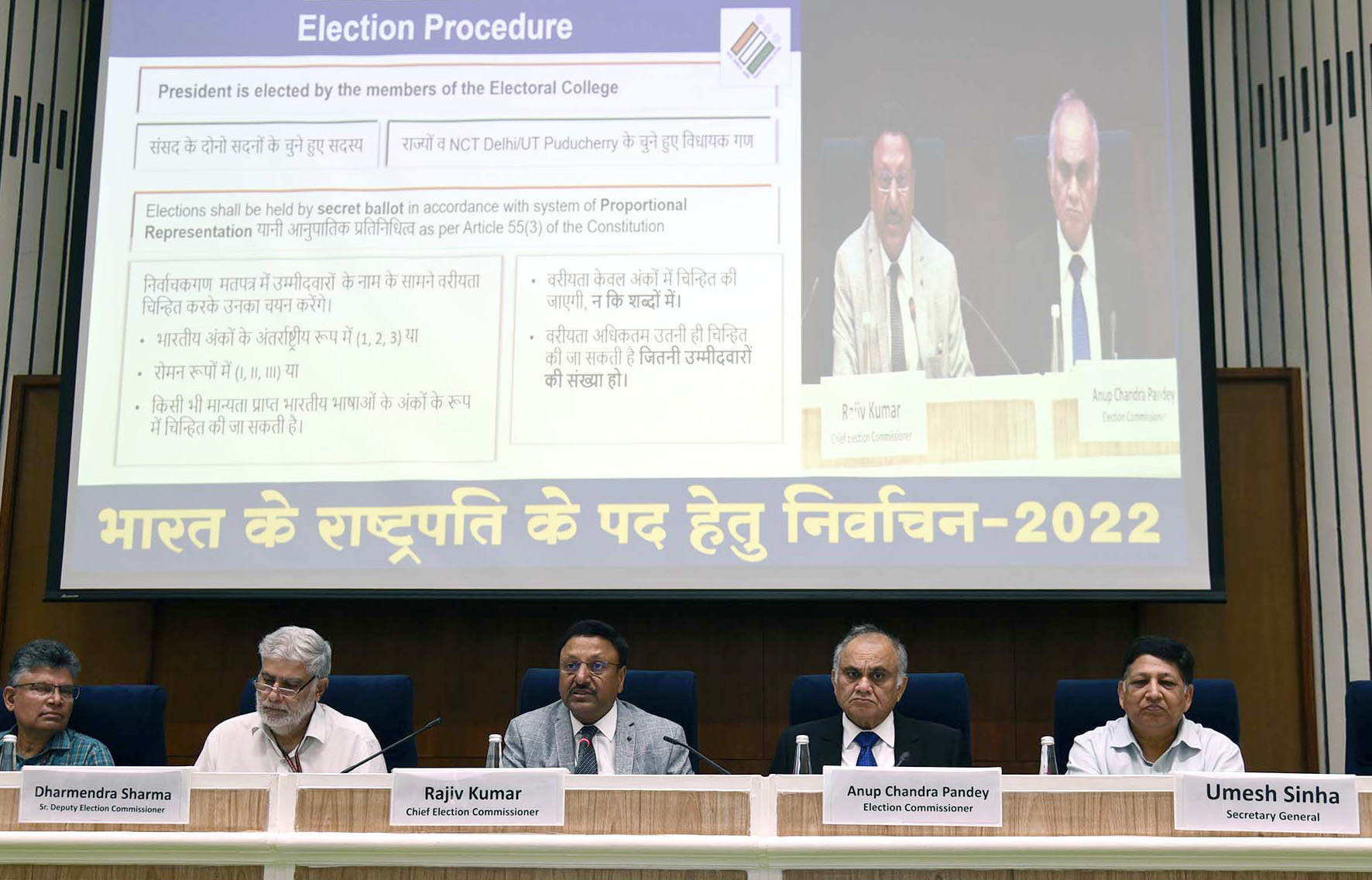 NEW DELHI: Election for the next President of India will be held on July 18 in which 4,809 electors comprising MPs and MLAs will vote to elect incumbent Ram Nath Kovind’s successor, the Election Commission announced on Thursday.

Going by its strength in Lok Sabha and Rajya Sabha, as well as in many state assemblies, the BJP is in a comfortable position to ensure the victory of the candidate nominated by it in the upcoming election.

The nominations can be filed after the issue of notification on June 15 and can be filed till June 29, Chief Election Commissioner Rajiv Kumar said at a press conference.

Kovind’s term ends on July 24 and an election for the next president has to be held before that day.

Kumar said the Election Commission is fully geared to conduct the election in a free and fair way, while all Covid-related safety protocol would be followed during the voting and counting of votes.

He further said that no political party will be allowed to issue any kind of whip.

If necessary, the voting will take place on July 18 and counting of votes on July 21.

Voting for presidential election will take place in Parliament and the premises of state assemblies, while Rajya Sabha Secretary-General will be the returning officer.

Normally, MPs cast their vote in Parliament and MLAs in their respective state assemblies.

If there is an emergency, the EC would need to be informed 10 days in advance for MPs to vote in a state assembly or for MLAs to vote in Parliament complex, Kumar said.

The nominated members of either Rajya Sabha and Lok Sabha or legislative assemblies of the states are not eligible to be included in the electoral college and therefore, they are not entitled to participate in the election.

Similarly, members of the legislative councils are also not electors for the presidential election.

In 2017, the presidential polls were held on July 17 and the counting took place on July 20. Kovind defeated former Lok Sabha speaker and opposition candidate Meira Kumar by nearly 3,34,730 value votes in the polls.