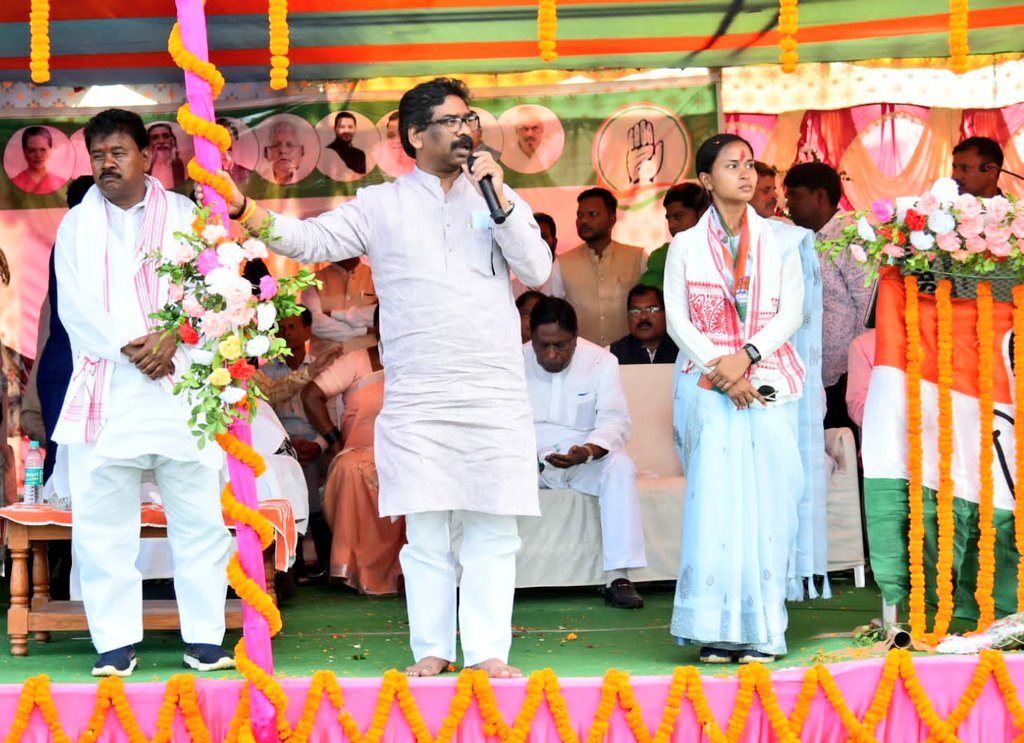 Shilpi Neha, the daughter of former legislator Bandhu Tirkey and also supported by the ruling JMM-led coalition, secured a total of 95,486 votes and gave credit to the people of Mandar for her success.

Commenting on her victory, Shilpi Neha said, “The people of Mandar voted for the Congress as they know which party will work for their welfare.”

Kujur said she owed the responsibility for the defeat, but claimed that the scene will be different in the 2024 elections.

Counting of votes started at 8 am amid tight security.

Over 61.25 per cent of about 3.5 lakh voters exercised their franchise in the by-election, which had 14 candidates in the fray, held on June 23.

The by-poll was necessitated after the disqualification of Bandhu Tirkey as an MLA in the wake of his conviction in a corruption case.

A special CBI court in Jharkhand had on March 28 sentenced Tirkey to three years of imprisonment.

“I was confident of my daughter’s win. The BJP had conspired against me by disqualifying my membership. The victory has blackened the faces of BJP workers, who had levelled false allegations during the campaigning,” Tirkey said.

As per the Election Commission, Congress’ vote share was 43.89 per cent, while that of the BJP was 33 per cent.

This was the fourth by-poll since the Hemant Soren-led coalition government came to power in December 2019.

The JMM retained the Dumka and Madhupur seats, while the Congress won the Bermo seat.

In this article:Congress, Jharkhand, Mandar seat