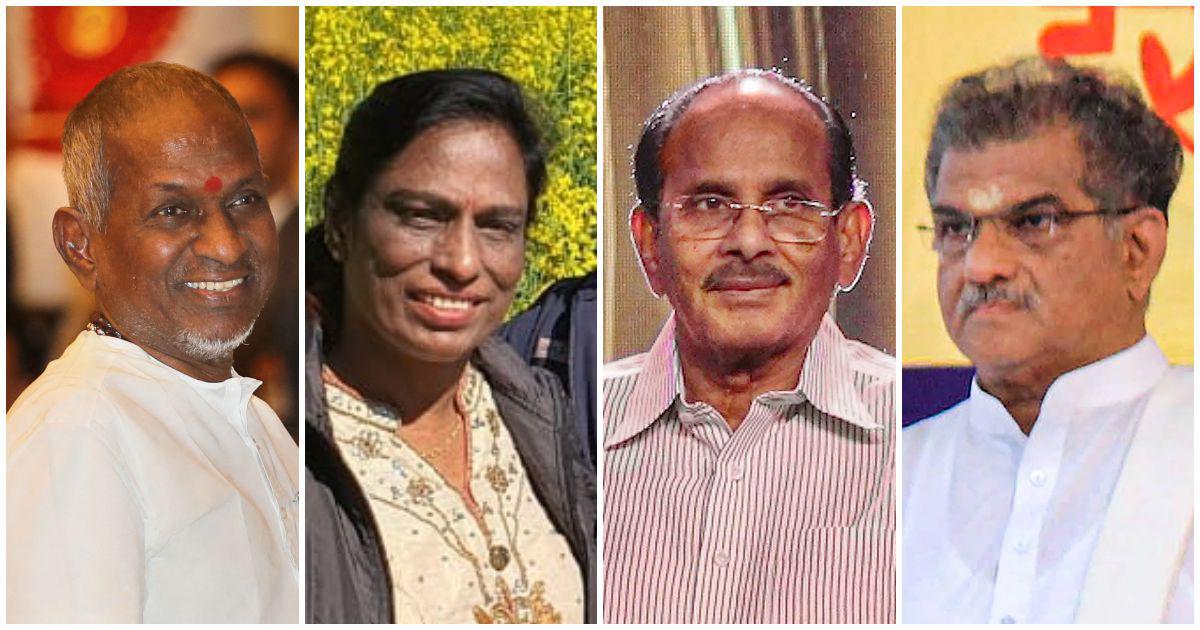 NEW DELHI: The Narendra government on Wednesday nominated four noted personalities, including celebrated athlete P T Usha and music maestro Ilaiyaraaja, from as many southern states to the Rajya Sabha, in what is being seen as the ruling BJP’s big outreach to recognise prominent figures from south India.

Veerendra Heggade, the head of the famous Dharmasthala temple in Karnataka and a philanthropist, and screenwriter K V Vijayendra Prasad, who is from Andhra Pradesh and is known for blockbusters like “RRR”, the “Baahubali” series and “Bajrangi Bhaijaan”, were the two other choices of the government for the Upper House of Parliament.

Usha is from Kerala and Ilaiyaraaja, a Dalit, is from Tamil Nadu.

The decision came days after the Bharatiya Janata Party (BJP), at its national executive meeting in Hyderabad, identified south India as the territory for its next phase of growth. The saffron party has been traditionally weak in southern India, barring Karnataka.

Prime Minister Narendra Modi congratulated all four and cited their contributions in their respective fields.

“The remarkable PT Usha Ji is an inspiration for every Indian. Her accomplishments in sports are widely known but equally commendable is her work to mentor budding athletes over the last several years. Congratulations to her on being nominated to the Rajya Sabha.

“The creative genius of Ilaiyaraaja Ji has enthralled people across generations. His works beautifully reflect many emotions. What is equally inspiring is his life journey — he rose from a humble background and achieved so much. Glad that he has been nominated to the Rajya Sabha,” Modi tweeted.

For Heggade, the prime minister said he is at the forefront of outstanding community service. “I have had the opportunity to pray at the Dharmasthala Temple and also witness the great work he is doing in health, education and culture. He will certainly enrich Parliamentary proceedings,” he said.

Praising Prasad, Modi noted that he has been associated with the creative world for decades and his work showcases India’s glorious culture and has made a mark globally.

Official sources said these nominations show yet another instance of the Modi government recognising outstanding Indians who have made a mark in diverse fields.

The four nominated members have had illustrious careers in their respective fields and received national and global recognition for their contributions, they said, adding that they will expand the southern region’s representation in the Rajya Sabha.

Citing Modi’s “Sabka Saath Sabka Vikas” slogan, they said the government has consistently ensured adequate representation for various under-represented groups. The four nominated members include a woman, a Dalit and a member of a religious minority (the Jain community).

“These four nominees have given back to the society at every possible instance — if one of them has groomed athletes, the other has mentored creative geniuses, another has nurtured cinematic talent and one has done community service. The list includes two Padma Vibhushan recipients and a Padma Shri recipient,” a source said.

Popularly known as the Payyoli Express, Usha has won medals for the country in various international sporting events, including the Asian Games, the Asian Championships and the World Junior Invitational Meet. She has set and broken many national and Asian records during her career.

Born in a Dalit household in a village in Madurai district of Tamil Nadu, Ilaiyaraaja is regarded as one of India’s greatest music composers.

The sources noted that he had to face innumerable hardships and caste-based discrimination. However, he overcame all such hurdles and emerged as one of the country’s leading musicians. In a career spanning more than five decades, Ilaiyaraaja has composed over 7,000 songs for more than 1,000 films and performed in over 20,000 concerts across the globe.

Heggade has led various transformative initiatives for rural development and promotion of self-employment, the sources said.

Prasad is one of the country’s leading screenwriters and film directors.

Some of the scripts he wrote transcended regional boundaries and the films became blockbusters across the country, a rare achievement, the sources noted, saying this is crucial for national integration and cultural unity.

He has been instrumental in instilling cultural pride and a nationalistic spirit through cinema, they said. His son S S Rajamouli is one of the country’s most famous film directors.