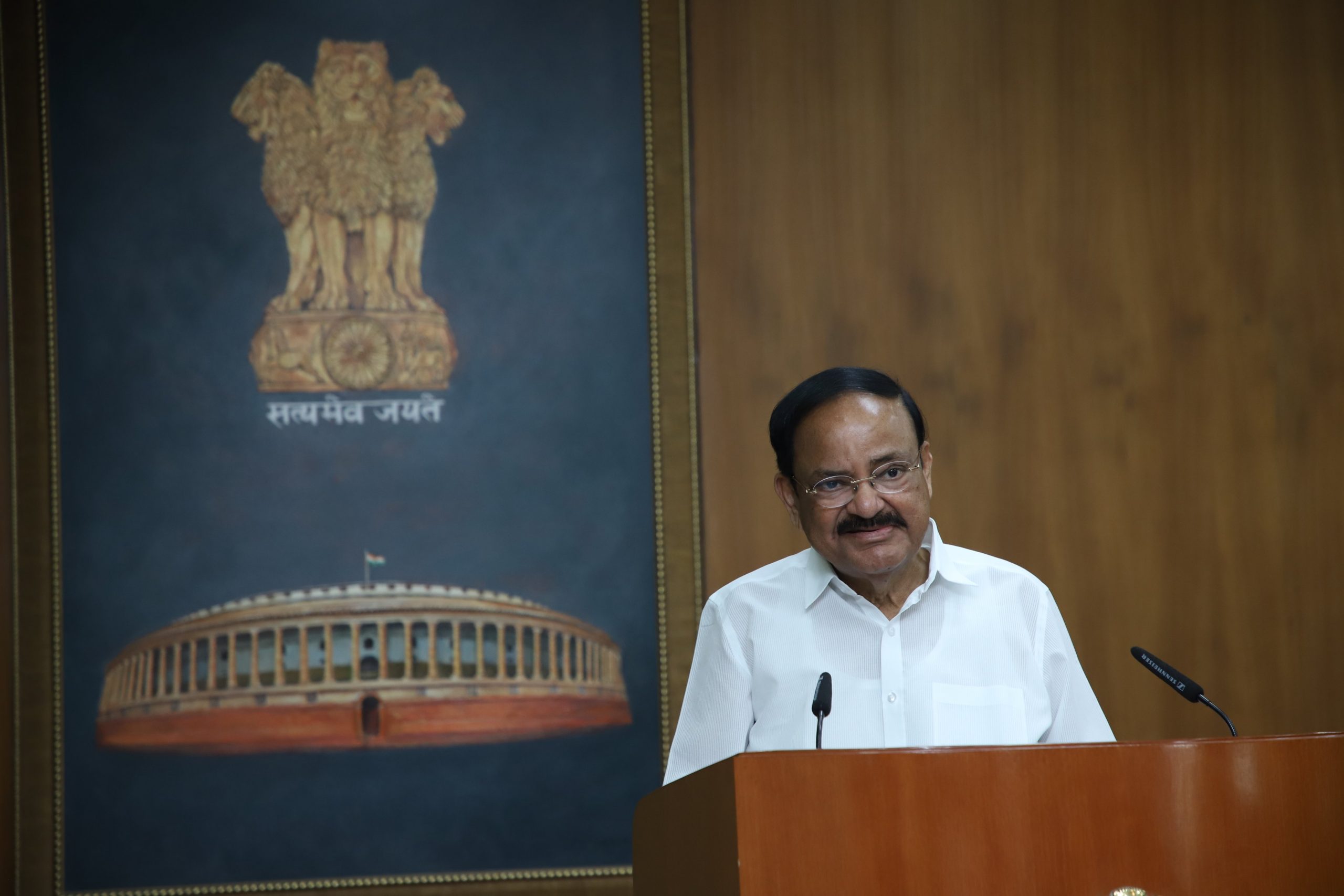 NEW DELHI: The productivity of Rajya Sabha which has been steadily declining for 25 years since 1995 was reversed during the last three years of the tenure of Chairman M Venkaiah Naidu, a new publication says.

The improvement was revealed in a publication titled Rajya Sabha – 2017-22: An Overview’ brought out by the Rajya Sabha Secretariat.

The publication is a first of its kind giving details of various aspects of the functioning of Rajya Sabha during the tenure of a Chairman. It presents the functioning of the House from 1978 on, the year since when all required data for doing so is maintained.

The lowest annual productivity was recorded in 2018 at 40 per cent, it said.

The decline in productivity was steep during the first five full sessions (244th to 248th) presided over by Venkaiah Naidu with the house clocking productivity of only 42.77 percent, the publication said.

The 248th session held during January-February, 2019 recorded the lowest house productivity at 6.80 per cent.

For the next eight sessions (249th to 256th), it said, the productivity of Rajya Sabha almost doubled to 82.34 per cent and it functioned for 105 per cent of the scheduled time during 2019 budget session between June and August with 35 sittings.

This has been the first session to report such high productivity during the tenure of Naidu marking a break from the past. Thereafter, four more sessions clocked close to or above 100 per cent productivity.

During the 13 sessions presided over by Naidu from the 244th session, Rajya Sabha has clocked productivity of 82.34 percent for two-thirds of the total sittings (173 of 261 sittings) enabling the reversal of declining productivity trend.

The publication lists several first of a kind initiatives taken by Naidu for the turnaround, some of which were: the review of department-related parliamentary standing committees since their introduction in 1993 and of other committees of the house, starting reviewing the rules of the house, examination of the attendance of members, and their participation in the proceedings of the house.

They also included time allocated on different items of business in the house, use of Indian languages in the proceedings of the house, extent of public outreach on various aspects of the functioning of Rajya Sabha through media, and commissioning the first-ever comprehensive study on system improvement’ in the Secretariat etc.

During Naidu’s tenure as Chairman, Rajya Sabha clocked over 951 working hours till the last session, losing 26 sittings due to different waves of COVID-19 pandemic.

In five years, the eight parliamentary standing committees of Rajya Sabha held 558 meetings till this June and submitted 369 reports.

Due to regular review and monitoring of their functioning by Naidu, the average duration of the meetings has substantially improved with an average attendance of over 45 per cent per meeting, the publication said.

In this article:M.Venkaiah Naidu, Rajya Sabha