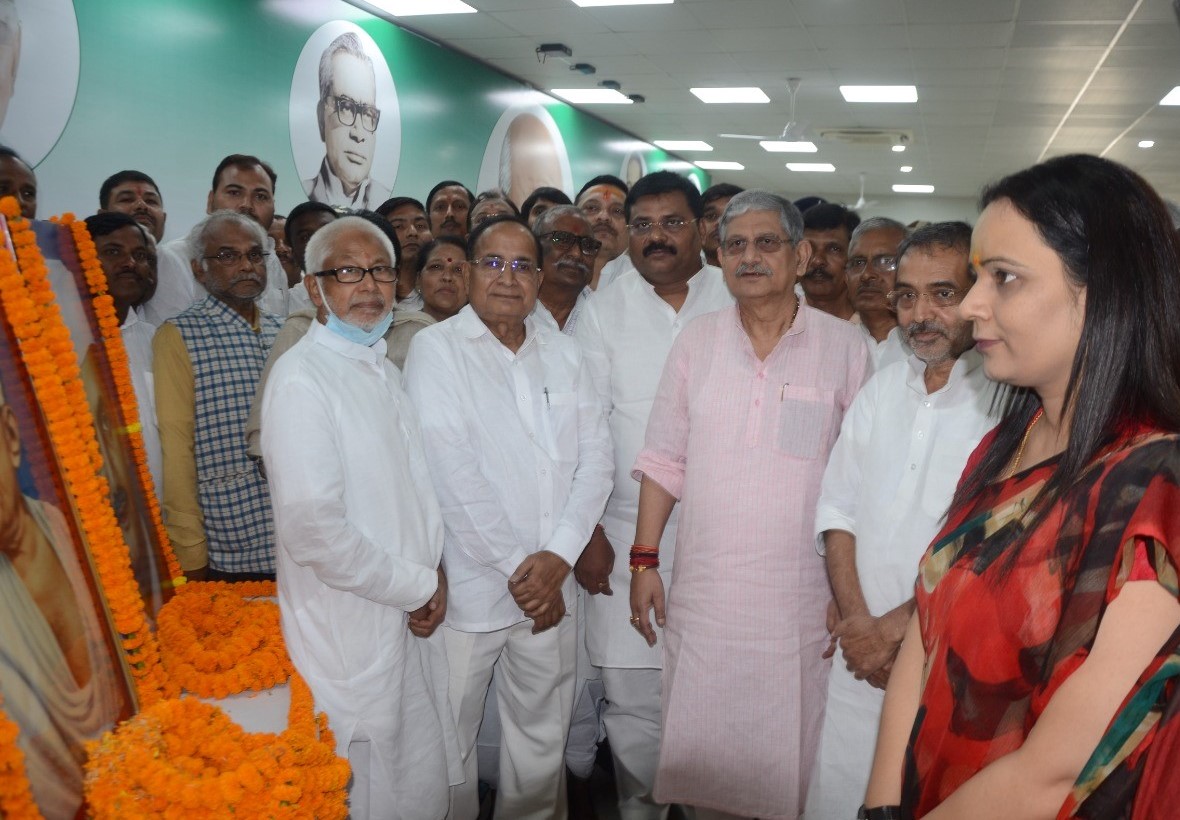 PATNA: Bihar Chief Minister Nitish Kumar’s Janata Dal (United) on Wednesday asserted that fresh municipal polls will now be held in the state only after reservations for Other Backward Classes and Extremely Backward Classes, set aside by the Patna High Court, were restored.

JD(U) national president Rajiv Ranjan Singh alias Lalan and parliamentary board chief Upendra Kushwaha made the averment at a joint press conference here, a day after the court declared the quotas “illegal” and directed the State Election Commission to hold the urban local body polls only after all the reserved seats were “re notified” as those of general category.

The SEC, on its part, has deferred the polls, scheduled in two phases on October 10 and October 20, saying that fresh dates will be announced in due course.

“There is no illegality in the quotas. These were introduced by the Nitish Kumar government for panchayats in 2006 and for urban local bodies a year later. We suspect the BJP’s hand in the goof up. The party and its parent body RSS have always been opposed to quotas,” the JD(U) leaders alleged.

“If we check the backgrounds of the petitioners who had challenged reservations in urban local bodies, their links with the BJP will come to the fore. Many BJP leaders had privately celebrated the high court order. It can be verified,” they claimed.

The saffron party had been JD(U)’s ally till 2013 when Kumar broke up following differences over the elevation of Narendra Modi as prime ministerial candidate.

The two parties realigned in 2017, fought the Lok Sabha polls in 2019 and assembly elections a year later together, and ran a coalition government till August this year, when Kumar again dumped the BJP following accusations of attempts to break the JD(U).

The BJP, on its part, has been squarely blaming Kumar for the legal wrangle, alleging that his government did not complete formalities like setting up an independent commission for recommending quotas for electoral purposes.

The saffron party has also been raking up the era of Karpoori Thakur, the mentor of Kumar and RJD president Lalu Prasad, claiming that its forerunner Bharatiya Jana Sangh had always supported the late socialist leader’s social justice measures while the Congress, which is a part of the ruling ‘Mahagathbandhan’, was opposed to the same.

However, the JD(U) leaders maintained “there was simply no need for a commission in Bihar. BJP is trying to mix up the issue here with a Supreme Court order passed with regard to Maharashtra. Reservations here were less than 50 per cent. Hence, such a commission was not needed”.

The high court order has come a huge embarrassment to both Kumar and his deputy Tejashwi Yadav, the RJD heir apparent, both of whom were confident of thwarting BJP’s attempts to wean away a section of OBC voters by their populist measure of a statewide headcount of castes, ordered after the Centre refused to conduct it nationally.

Meanwhile, state Minister for Education and Parliamentary Affairs Vijay Kumar Chaudhary, a JD(U) leader who enjoys the reputation of a trouble-shooter, told reporters elsewhere that the government would move the Supreme Court against the Patna High Court verdict.

Lalan and Kushwaha added: “The party would fully support the government in whatever measure it takes for restoration of quotas. We also propose to hold agitations, maybe by next week, across all 38 districts of the state to expose the BJP’s diabolism”.

The JD(U) leaders also refused to take questions on a number of provocative statements made recently against the chief minister by former close aide Prashant Kishor. “Today, we will not like to digress from the issue of local body polls,” they said.