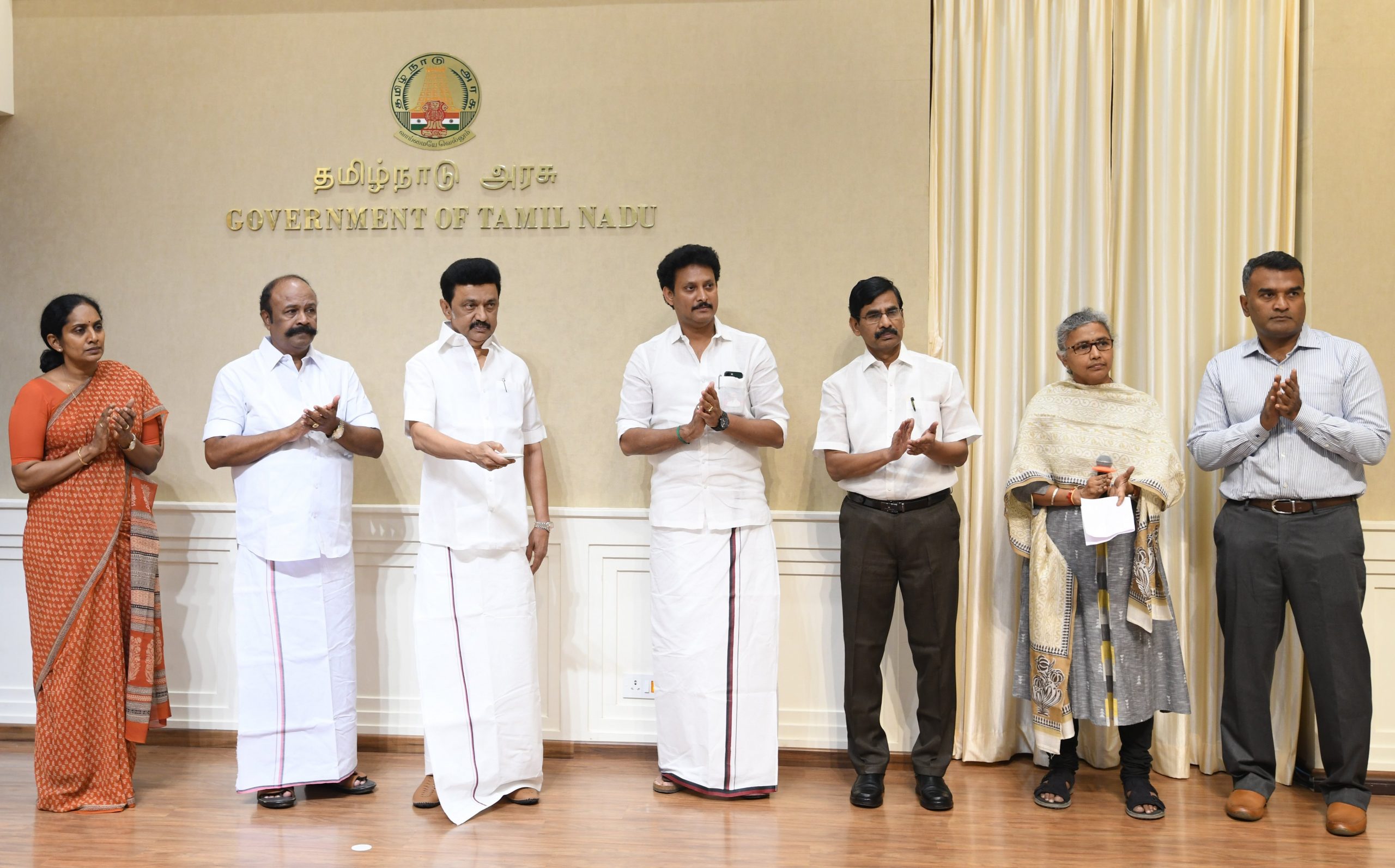 CHENNAI: The DMK’s first goal is to emerge victorious in all the 39 Lok Sabha seats in Tamil Nadu and the lone Puducherry segment as well in the 2024 Parliamentary election, party President and Chief Minister M K Stalin said here on Sunday.

The next goal is to facilitate formation of a new government at the Centre that is committed to the principles of social justice and federalism, he said.

“During the run-up to the (Lok Sabha) election (in 2024), we will take political steps aimed at it,” he said in a video-message. It is the first edition of DMK’s public outreach initiative through a video-message series titled, “Answers of one among you.” (Ungalil Oruvanin Pathilgal in Tamil).

The DMK has come with a Tamil political slogan, “Narpathum Namathe, Nadum Namathe.” It could be roughly translated as, “All the 40 Parliamentary constituencies are ours, the country is ours as well.”

The outreach programme’s objective is to respond to queries raised in social media platforms by the people on matters like Dravidian ideology, Dravidian model regime, administration and so on, the DMK said. Party president and Chief Minister Stalin would answer questions.

To a question on NEET, Stalin said he is confident that Tamil Nadu could get an exemption from the test. “Do not come to a conclusion that it will not happen simply because there is a delay.” The DMK top leader slammed the BJP-led Centre for the “NEET-injustice,” and said people would teach a fitting lesson to the Saffron party in the Parliamentary election.

Answering a question in connection with a remark that the BJP is trying to run a “parallel government” through its governors, he said: “We are running the government by facing this issue. Our Constitution has clearly laid out the responsibilities for the governor and to the chief minister who has been elected by the people. If one follows it, there is no problem for anyone. It could avoid unnecessary issues.”

The DMK regime has fulfilled more than 70 per cent of the electoral promises it made ahead of the 2021 Tamil Nadu Assembly election. Had the state government’s financial position been better and if the Centre had extended proper support, the DMK regime would have devised more welfare schemes, he said.

The Chief Minister, soon after he was elected as party chief at the general council meeting held recently, he asked office-bearers to take a vow to work towards securing a landslide victory for the party in the 2024 Lok Sabha polls and emerge in national politics as an unassailable force.

Asked on remarks that DMK has struck a compromise with the BJP, he shot back saying, “the BJP itself will not accept such a comment.